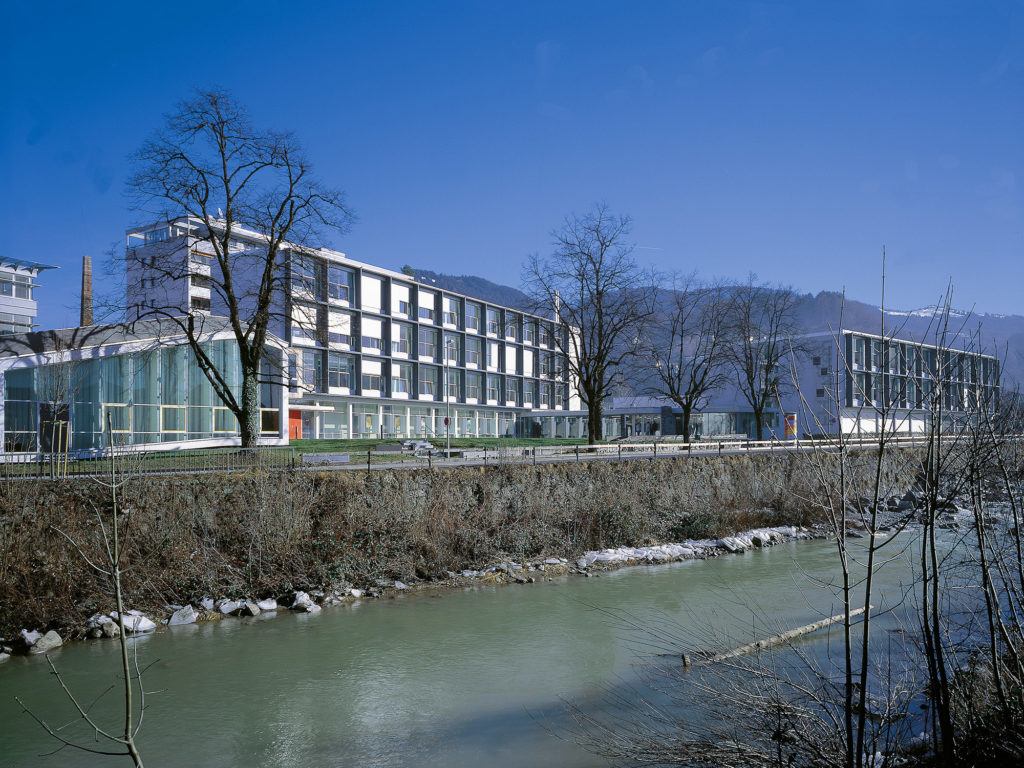 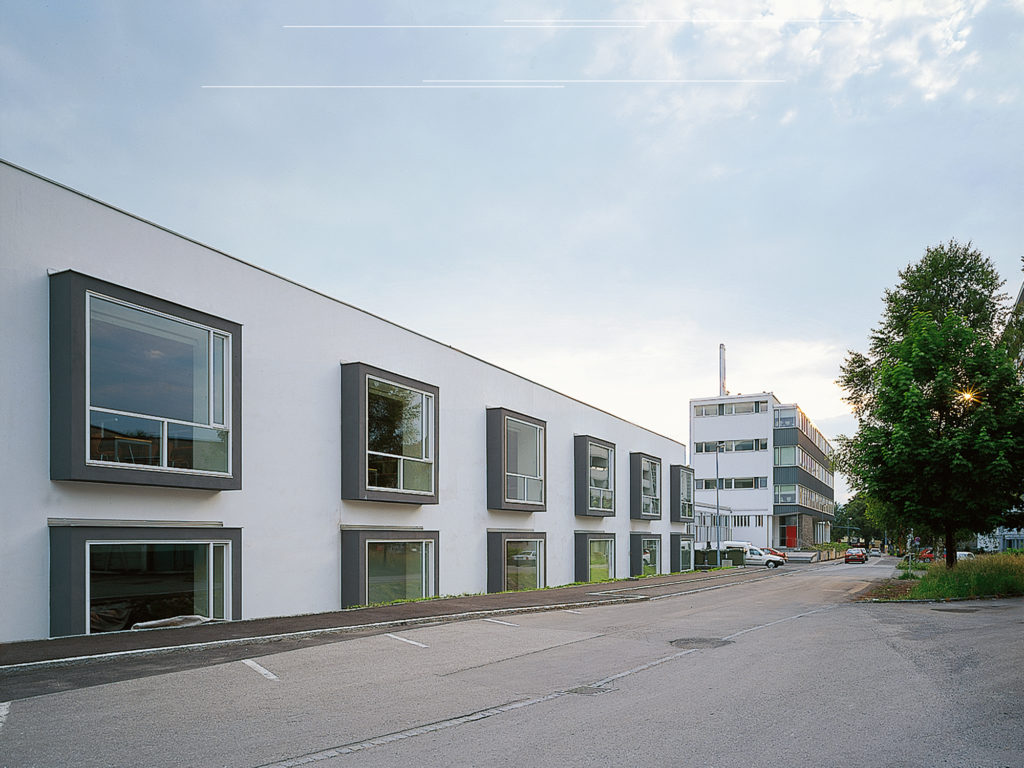 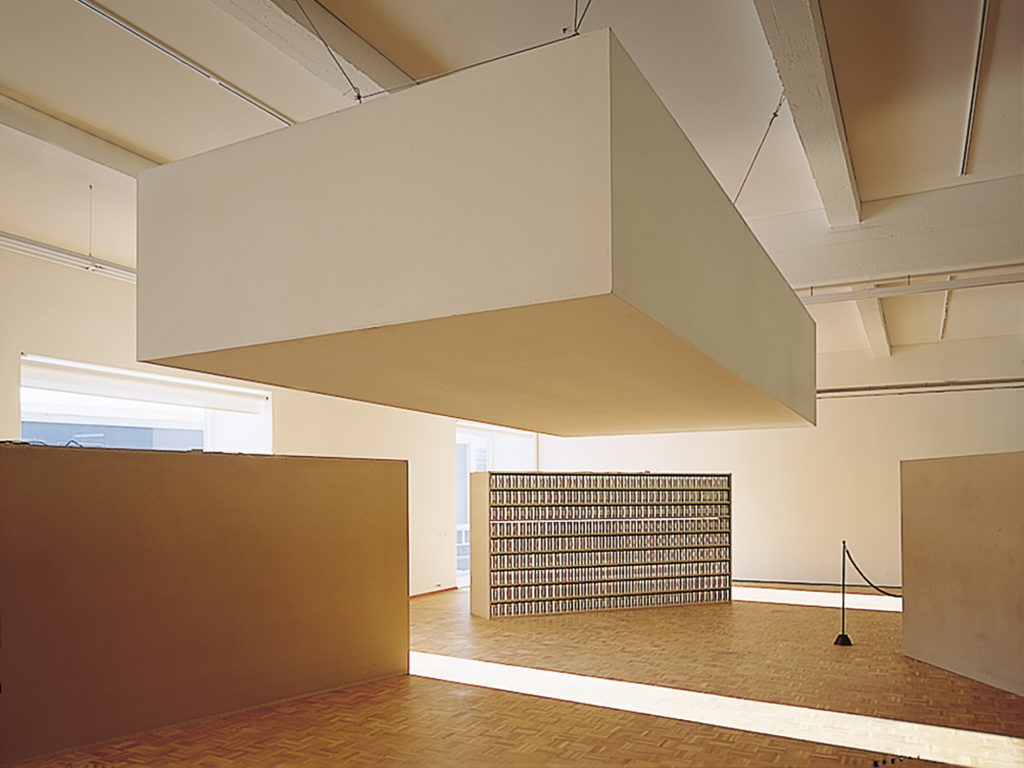 University of Applied Sciences, Dornbirn (AT)

The reconstruction of the former Federal School of Textile Finishing, dating back to the 1950s, had to observe the severe principles of monument preservation. We first developed modern types of windows for the entire building, showing a slight reinforcement of the slender old profiles. The former machine shop houses now a culture wing, with a library, an exhibition hall, coffeeshop, offices for the Vorarlberg Institute of Architecture, and lecture rooms in the half-sunk ground floor. In addition to improvements with respect to stereo acoustics and fire-protection technology, the box-like protruding windows on the longitudinal facades represented problems that were considered difficult to solve from the perspective of both constructional physics and design. The reason was that the cement frames merely showed a thin outer insulation of heraklith. Viewing newsreel material from the opening, we also noticed that the windows were originally levelled exteriorly and had soon been pulled in. Therefore, we spared little efforts to reconstruct this peculiarity so crucial to the architectonic tout ensemble. The interplay between all architects and specialists involved has convincingly preserved the Institution’s overall architectonic expression.