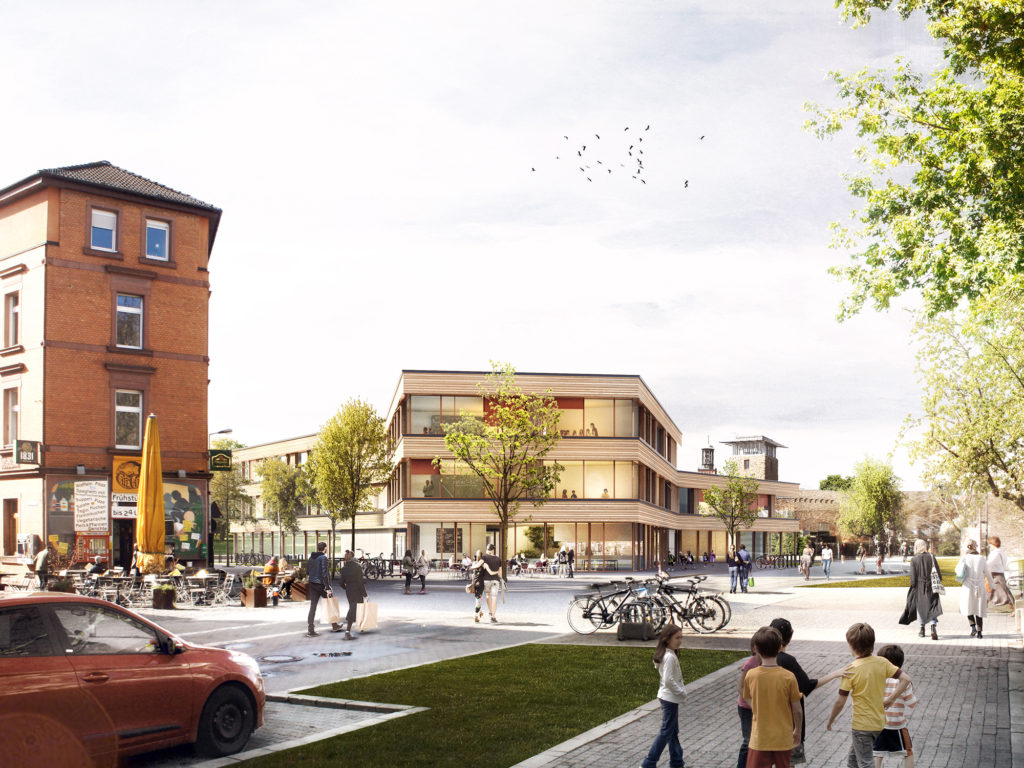 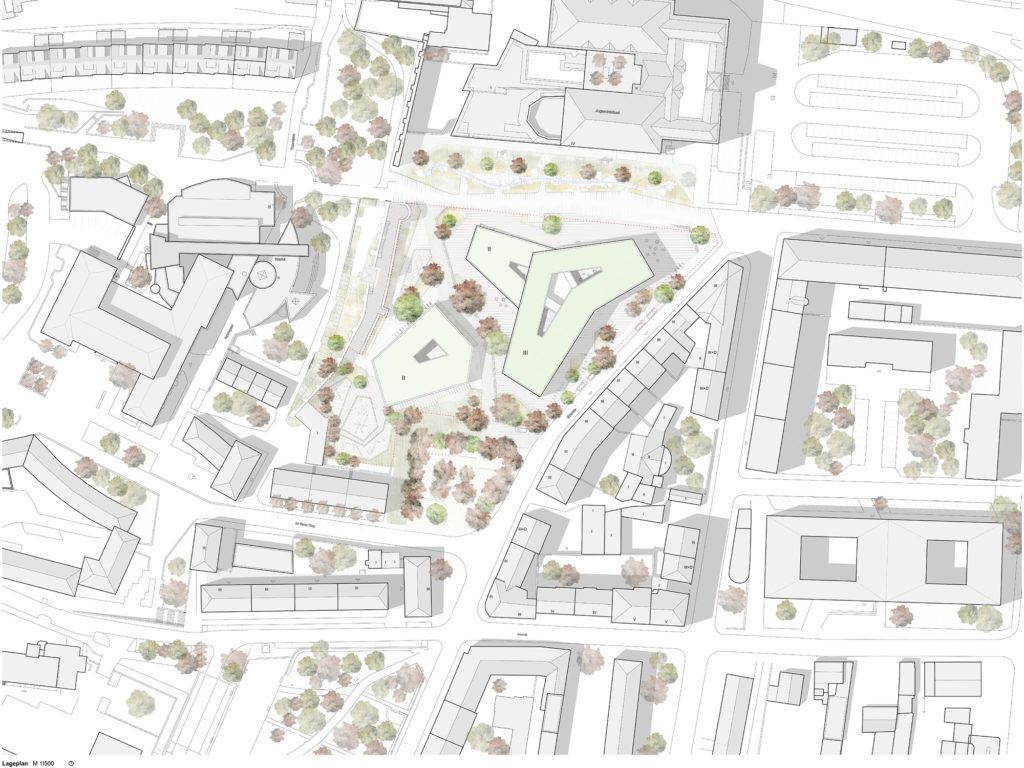 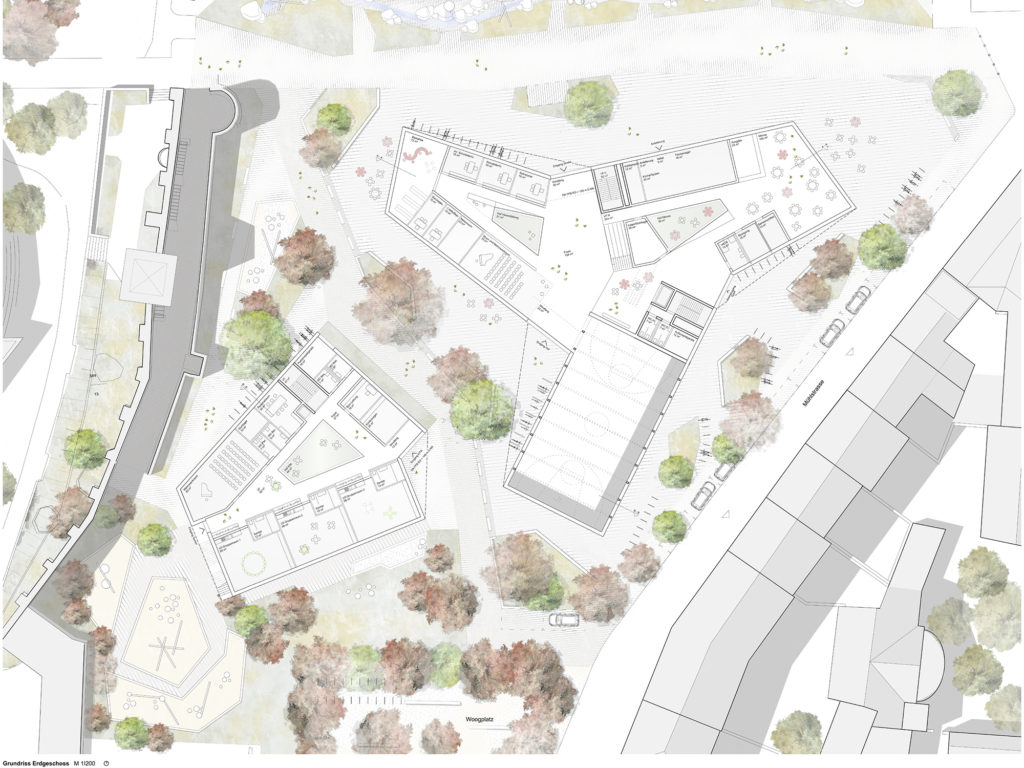 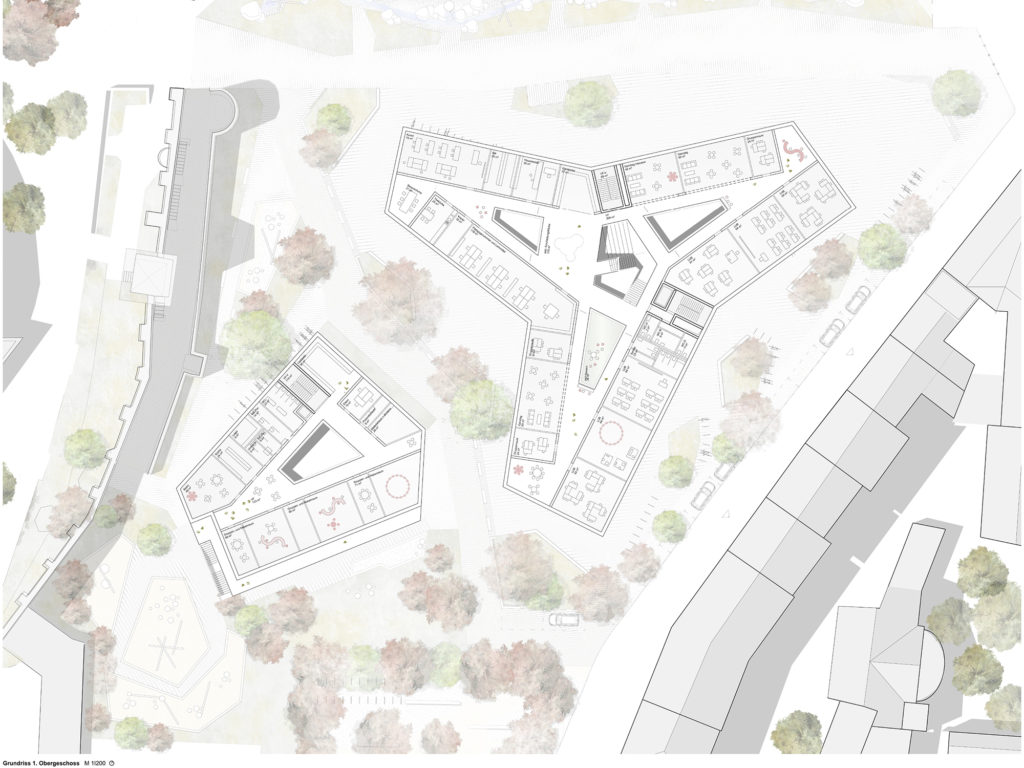 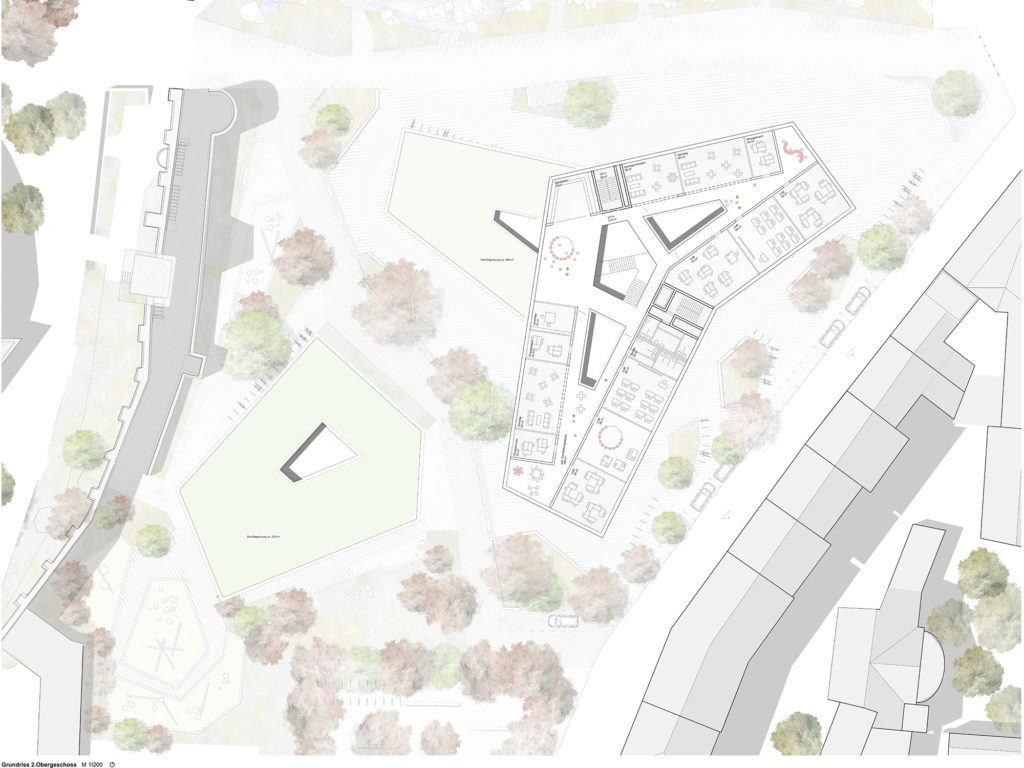 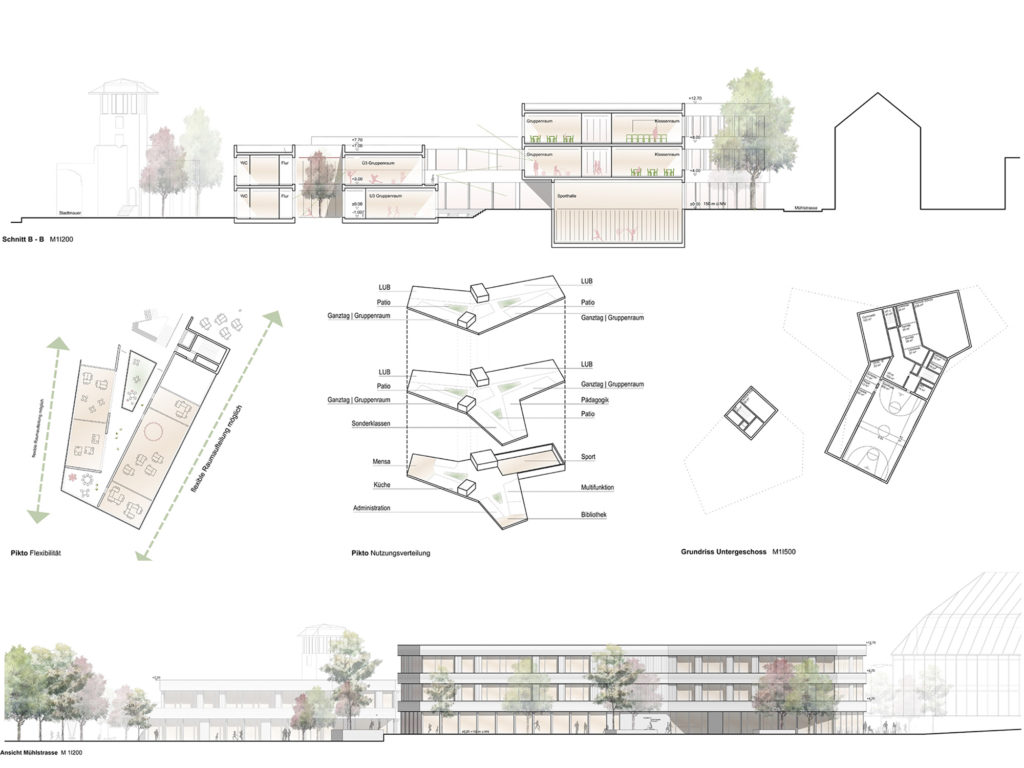 The competition area for the new building of the Heinrich Hoffmann School with day-care centre is located in a historically important part of Darmstadt and is one of the last significant open areas in the city centre. Attractive green spaces and numerous architectural monuments such as the city wall with the Hinkelturm, the Jugendstil pool or the ruins of the city chapel characterise the popular residential quarter around the Kapellplatz. In this sensitive context, the new building is set in the urban space with an exciting geometric form.
The school’s recessing three-storey volume with several kinks forms together with the two-storey compact solitaire of the kindergarten an ensemble with a protected inner courtyard. The graded construction method and the building settlement open up numerous views and paths to the surroundings.

The entrances to the school are on the funnel-shaped sides of the building in the north and east. The foyer connects the entrances and also provides access to the public courtyard. The kindergarden to the south is also oriented towards the playground.
The ground floor of the school houses not only the access zones but also the public functions such as the canteen, library and administration. The lowered sports hall dedicated to school and club sports is located in the southern part of the building and has its own semi-public entrance.
The cluster zones with learning and education areas are located on the upper floors. The western two-storey part accommodates the special education classes.
The varied spatial concept offers different recreation and retreat zones for learning, relaxation and communication. Incised inner courtyards divide the core zones and enable numerous visual relationships between the levels. These courtyards can also be used as “green classrooms”.
The kindergarten is organised as a 2-storey building. The nursery and group rooms face south-east and have generous, protected open spaces.

The façade is divided into a transparent plinth area and an overlying “educational body” clad in wood. The combination of glass, wood and mineral surfaces reacts to the surroundings, especially to the green space and the city wall. Wood also plays an important role for the interior, with closed and transparent zones alternating depending on the function.
The supporting structure of the school is designed as a hybrid construction- a reinforced concrete skeleton structure on the ground floor and on the basement level combined with a lightweight wooden structure on the two upper floors. The load-bearing grid results in a flexible layout of the classrooms. The material used on the upper floors is largely wood in the form of glued laminated timber for columns and beams and cross laminated timber for walls and ceilings. The 15 meterwide span ceiling construction of the sports hall is made possible by prestressed reinforced concrete pre-cast segments
Due to an optimised ratio of room height to room depth, only mechanical basic ventilation is required. In combination with shock ventilation system during breaks, optimum air quality is ensured. The ventilation system receives a highly efficient heat recovery (90%) with an integrated heat pump for heating and cooling. The supply air is introduced into the rooms at 20° C in both summer and winter. The sports hall also receives mechanical ventilation.