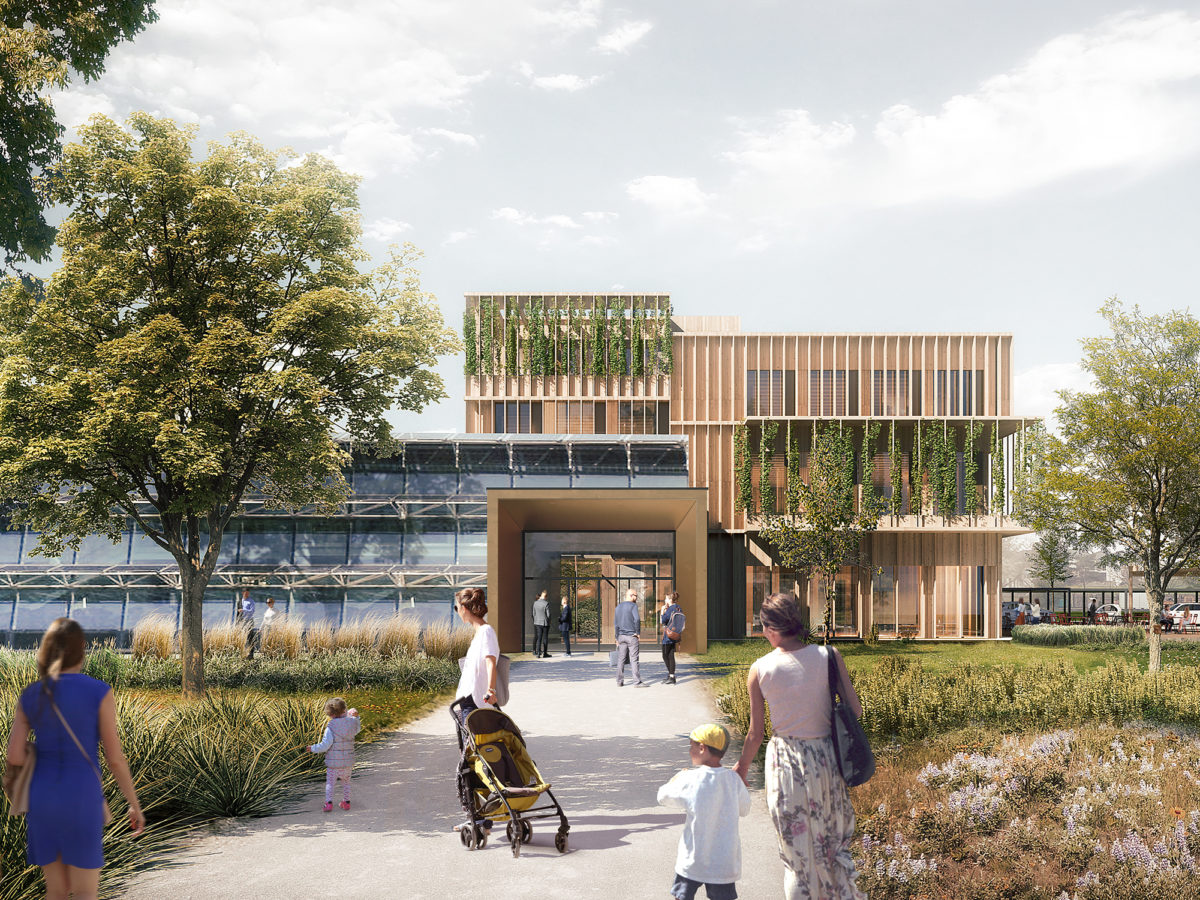 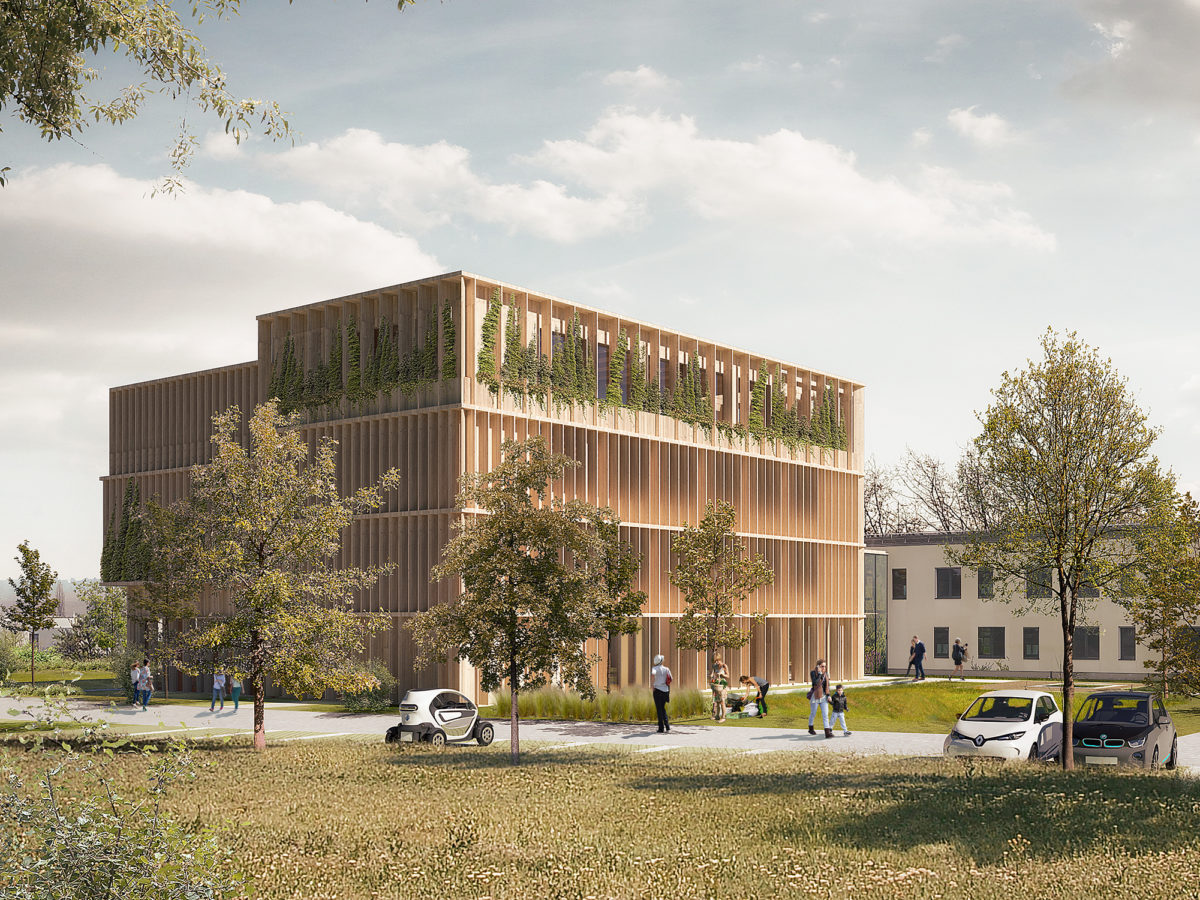 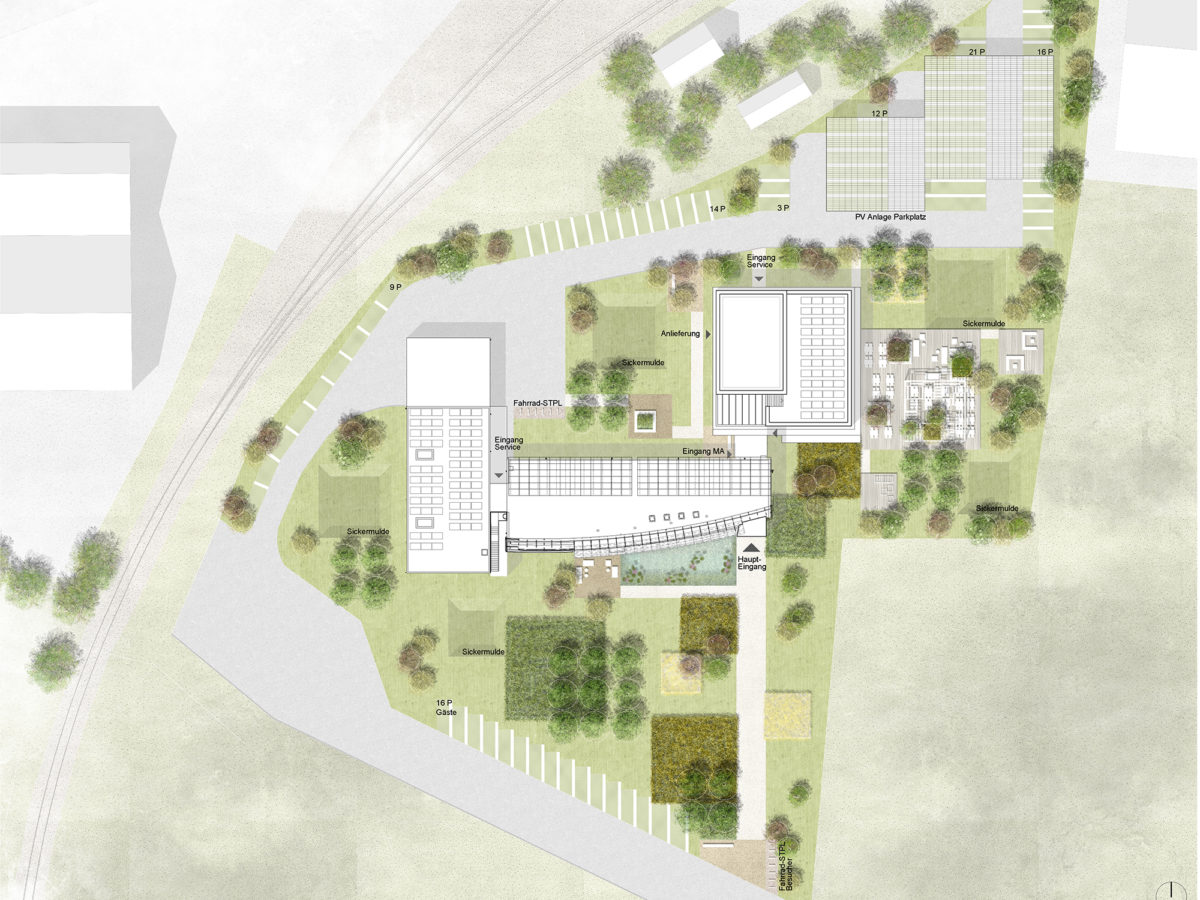 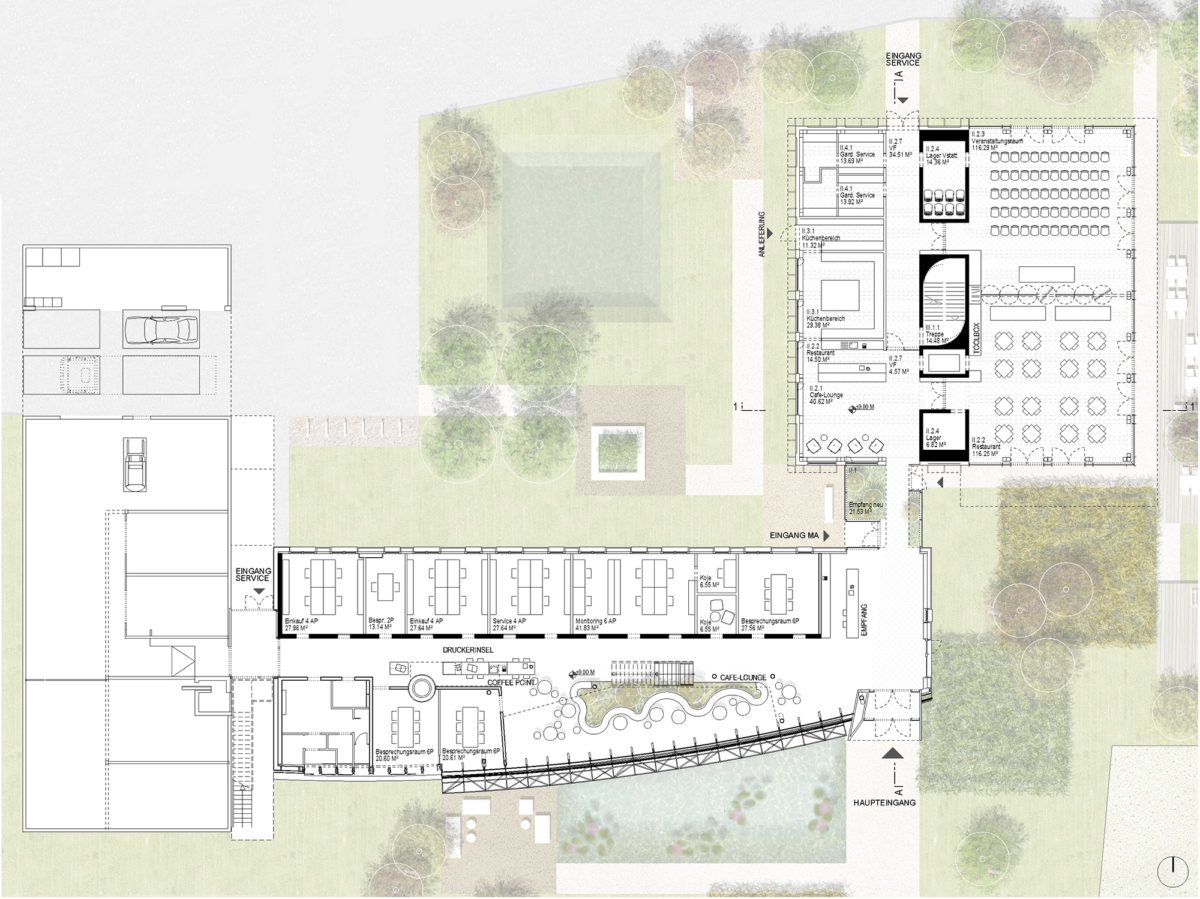 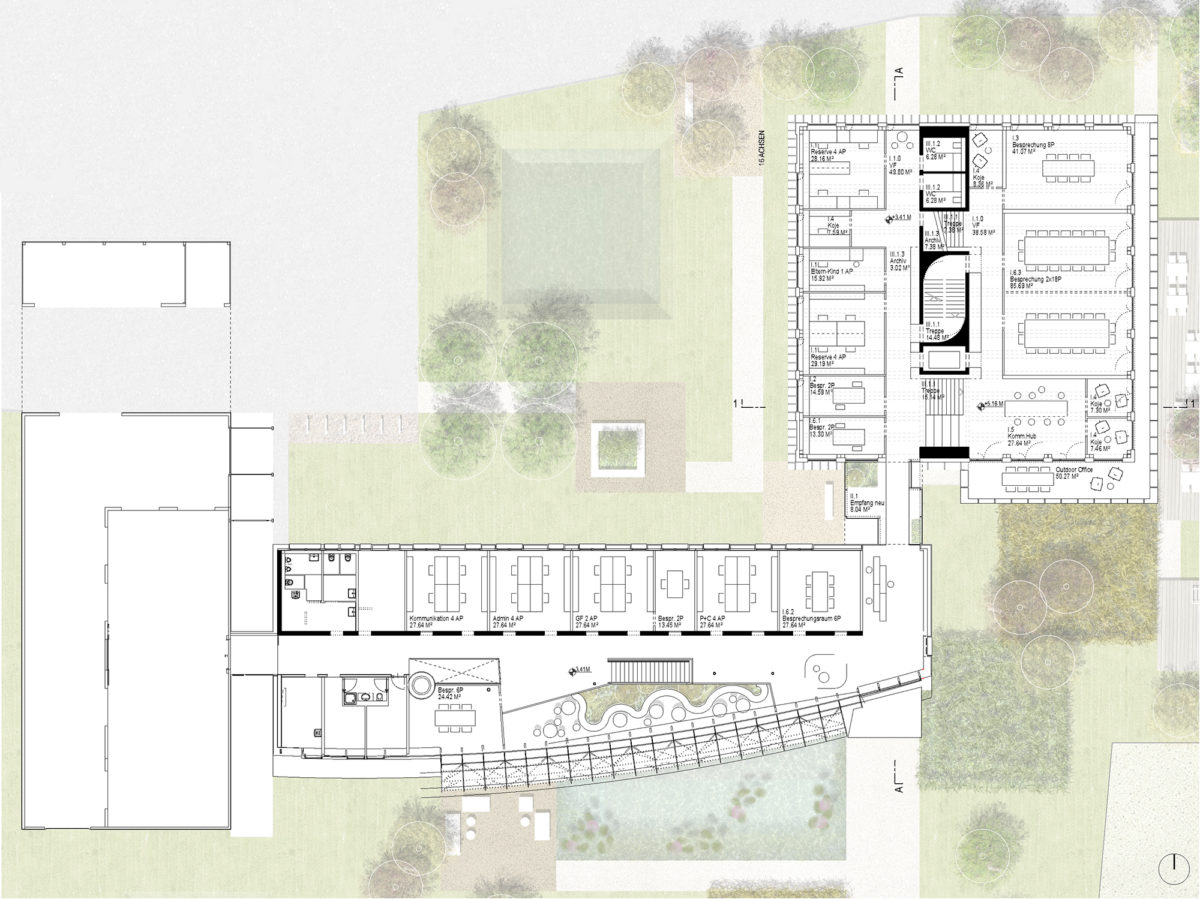 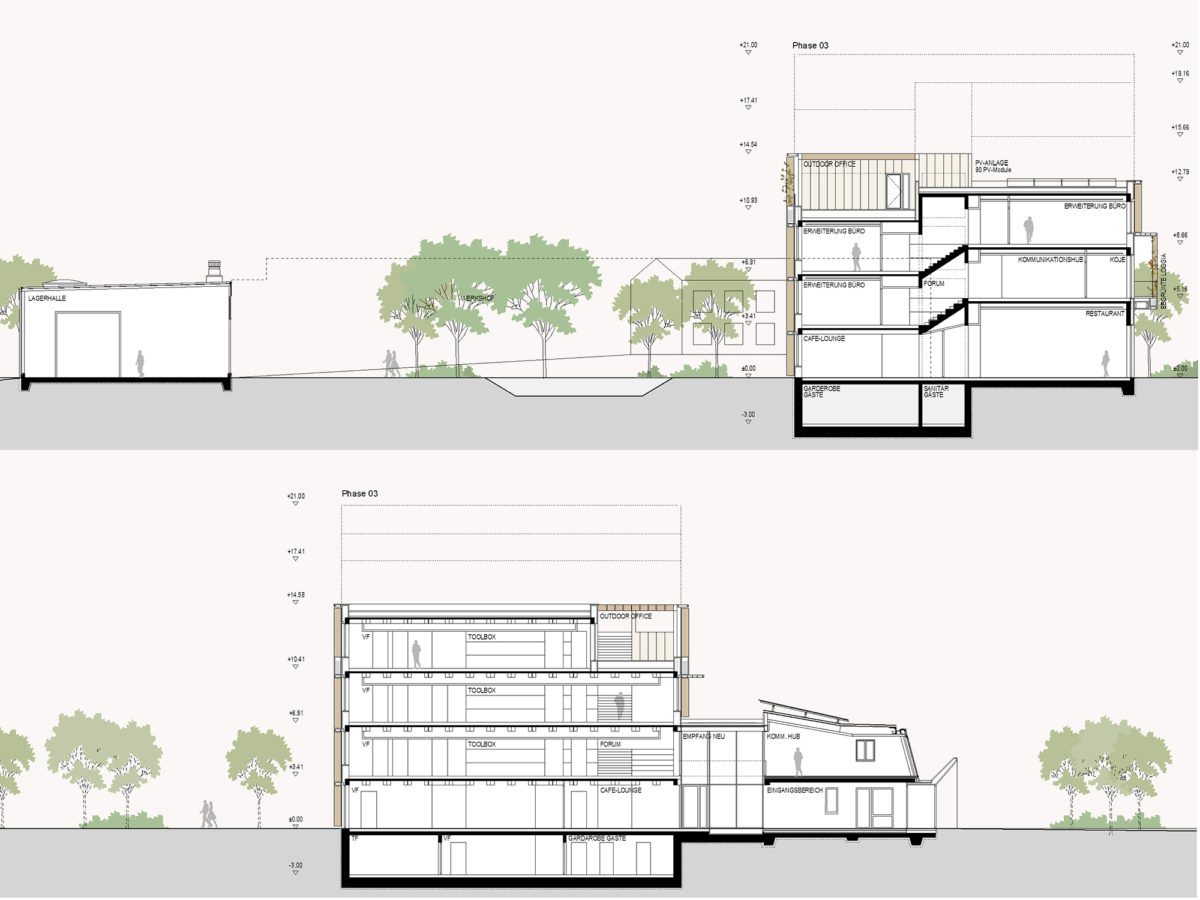 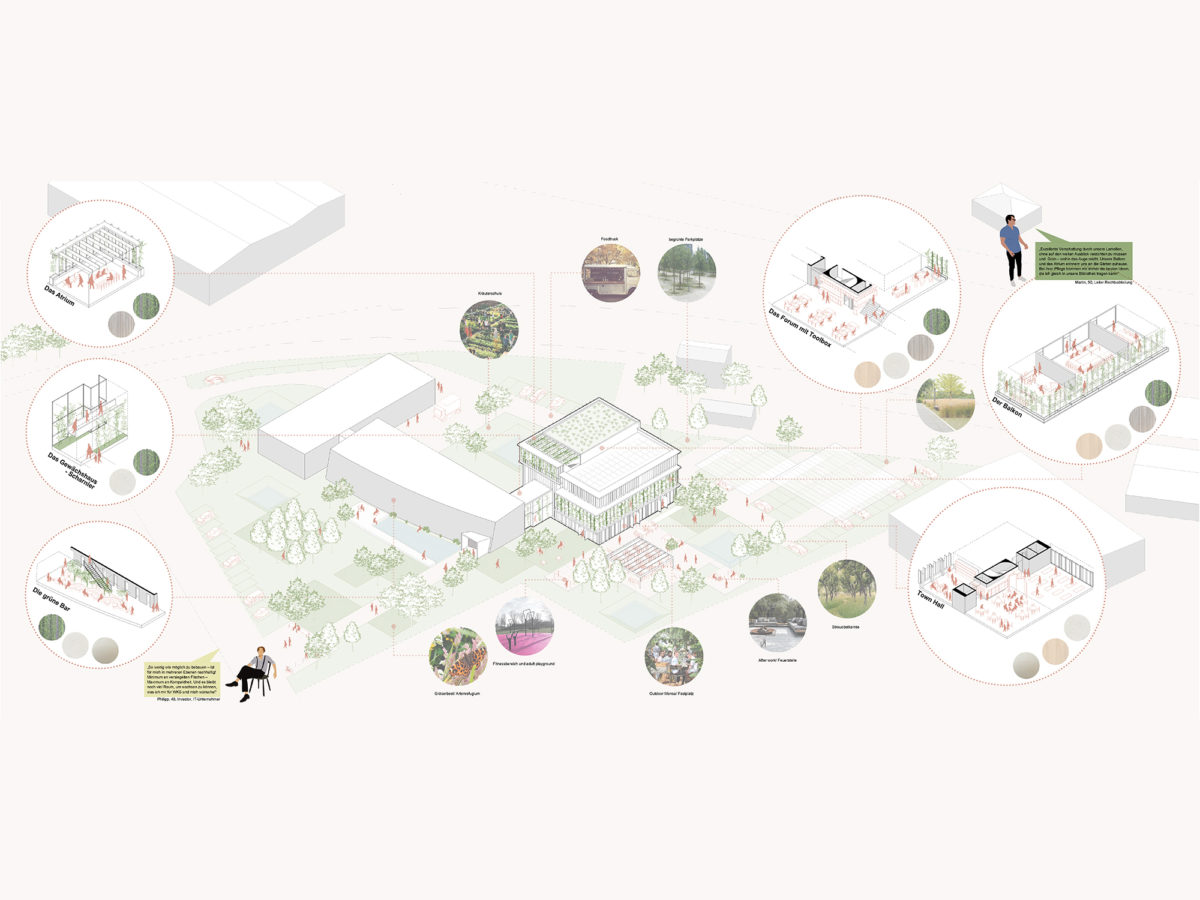 Windkraft Simonsfeld is one of the biggest wind power producers in Austria. Compact, non-directional and aspirational, the new office building is positioned next to the existing headquarters. Its small footprint conveys the high awareness of energy efficiency and allows for a maximum of unsealed areas and development potential. Planned in the first phase with three and a half storeys, the new building can later grow to five and a half. It thus always offers an unobstructed southern view of the wind turbines and convinces with an attractive address formation.

Facade
With its partially lush green slatted façade, the new building appears as an iridescent wooden cube and provides natural shading for the interior spaces. The high transparency of the façade skin makes the communicative openness of Windkraft Simonsfeld visible.

Organisation
The entrance deliberately leads through the existing building and integrates it into the route. The path leads past the Green Bar to the meeting rooms, arranged in a chain in the existing building and culminating in the central meeting point on the first floor. The reception is located in the existing building, at the interface to the new building and easily visible from the new entrance. The heavily planted greenhouse hinge serves as a backdrop, connecting the old with the new on both levels. The split level, which connects all levels into a continuous continuum, ensures a high degree of encounter in the new working environment.

Hall
The basis of the new building is a 230 m² hall with a free span of more than 10 metres. With its room height of 4.50 metres, it can be divided into a restaurant and an event room if required. With a lower room height, the hall is repeated on the upper two floors and can be flexibly adapted for events, meetings or even open-plan or cellular offices.

Construction
The compact timber hybrid reduces resources to a minimum. Slenderly dimensioned composite timber ceiling modules are placed on top of the timber columns and the solid access core. This system allows for column-free floor plans and sufficient space for building services and electrics between the ceiling ribs. The façades are suspended as prefabricated timber constructions in front of the load-bearing structure and clad with timber slats.