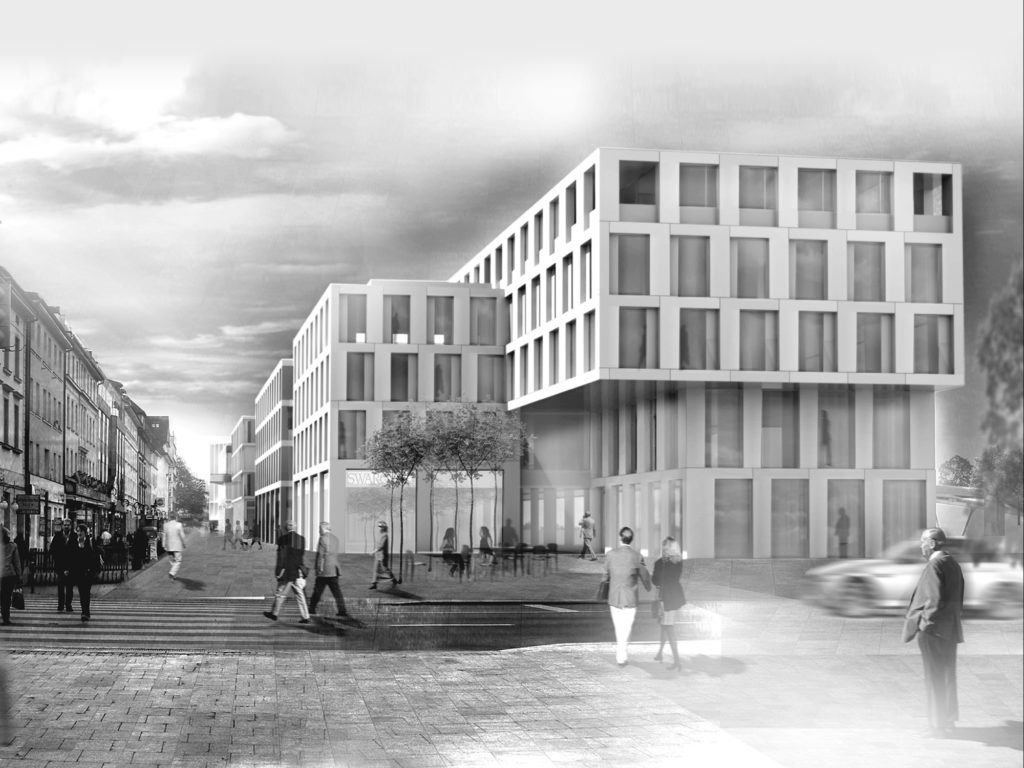 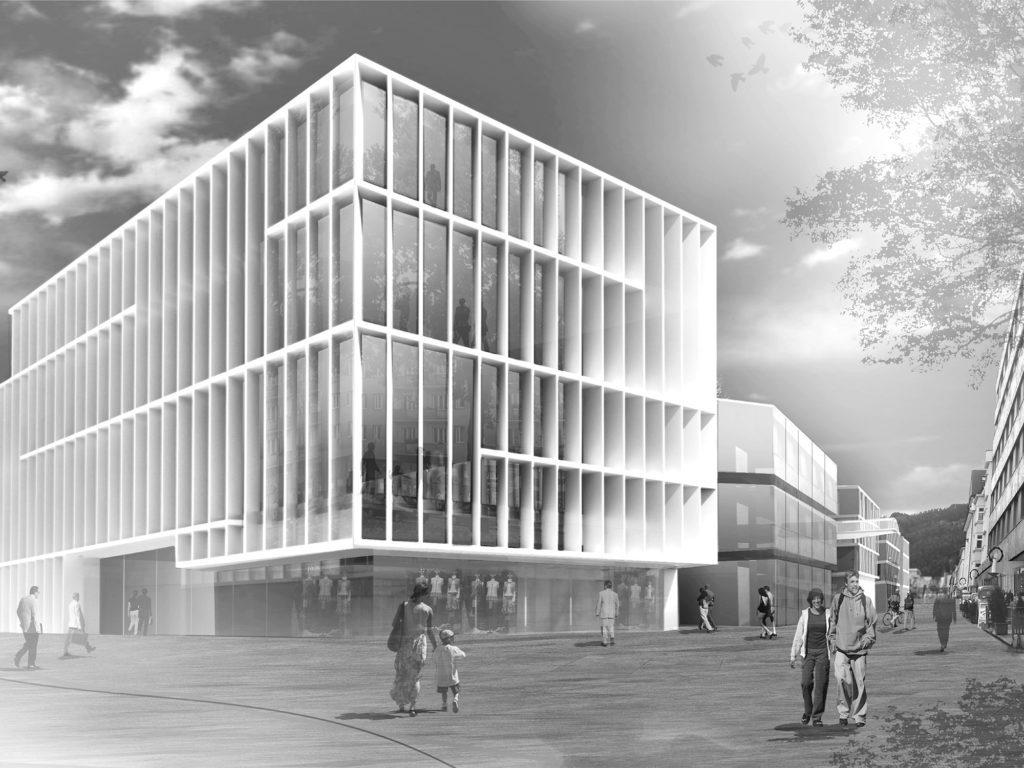 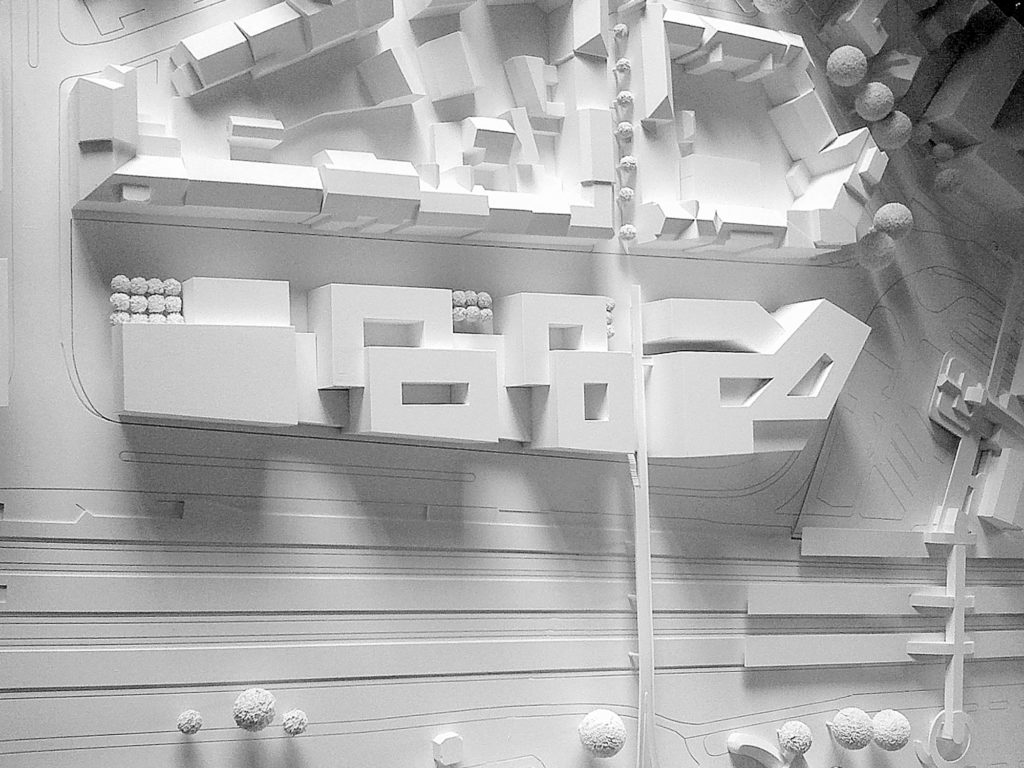 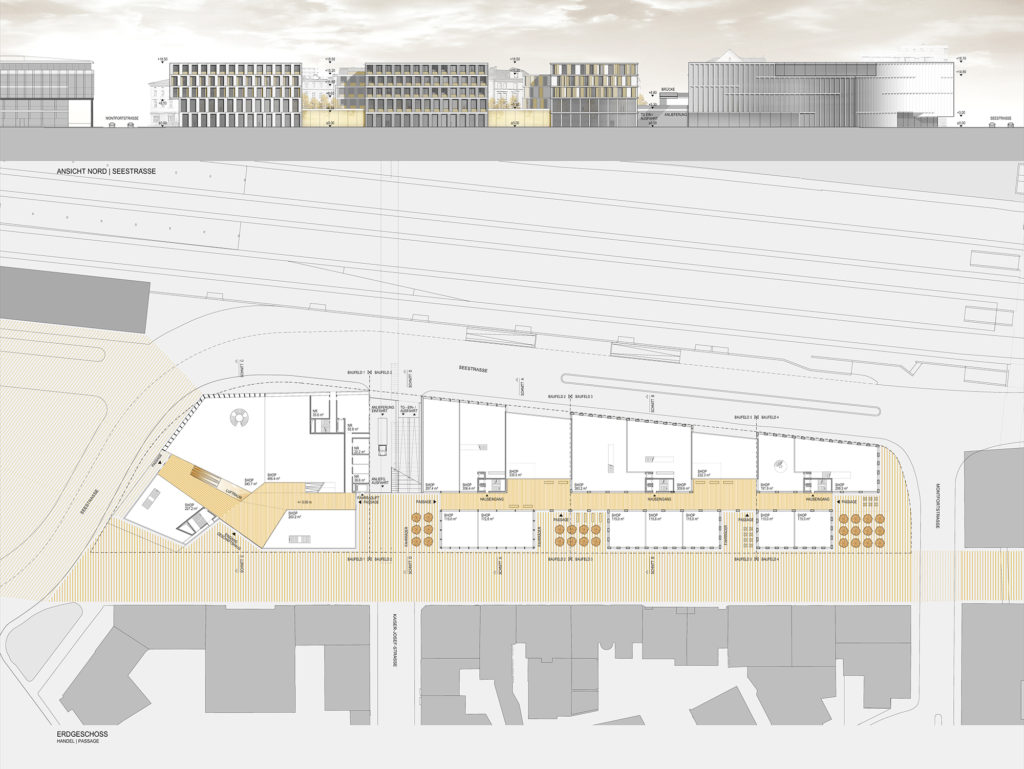 As a functional and structural addition to the existing urban offer of the city centre of Bregenz, the new ensemble extends from the railway station area to the pedestrian zone. On the west side, the final four-storey front building is oriented towards the neighbouring building. In their urban interaction, these buildings form a concise gateway to the city and provide a striking access to the new site. At this point, the ensemble shows its highest structural density, which gradually loosens up in the further east. The renunciation of a continuous building development in the upper floor area refers to the existing buildings and divides the ensemble into four rhythmical sequences.
The aim is to surround the future seaside town with representative public open spaces and squares. For this reason, an urban esplanade will strengthen the connections to the railway station and the parking areas by the lake. Sequences of urban courtyards allow the public to stroll freely through the ground floor zones. This strengthens inner-city connections and generates frequent passages that promote purchasing power. A square in extension of Kaiser Josef Strasse interrupts the courtyard sequences and provides a connection to the park on the lake that had hitherto been cut off. The staged staircase and the resulting terraces give joint in the urban space has a high quality. An “urban balcony” marks the bridge axis, provides a view into the busy pedestrian zone and a barrier-free access to the bridge structure.