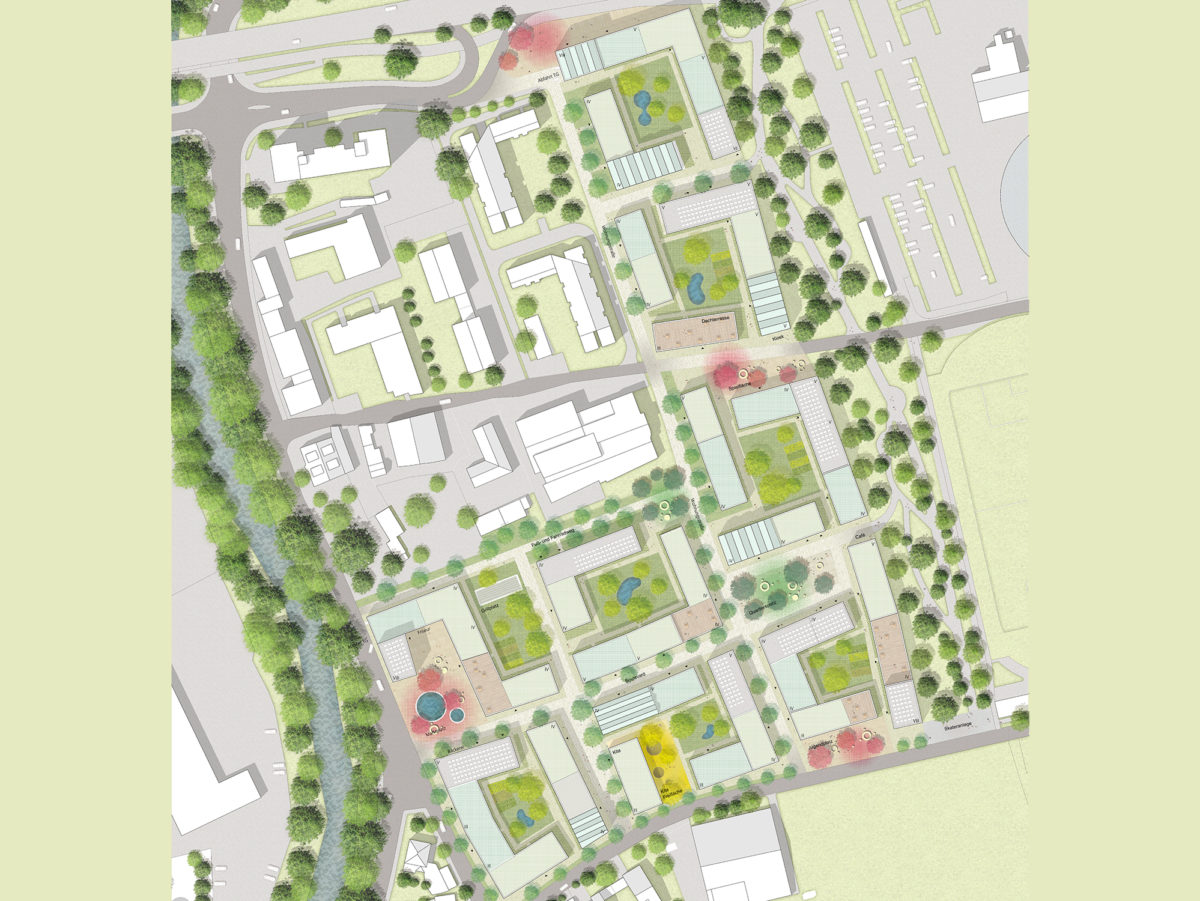 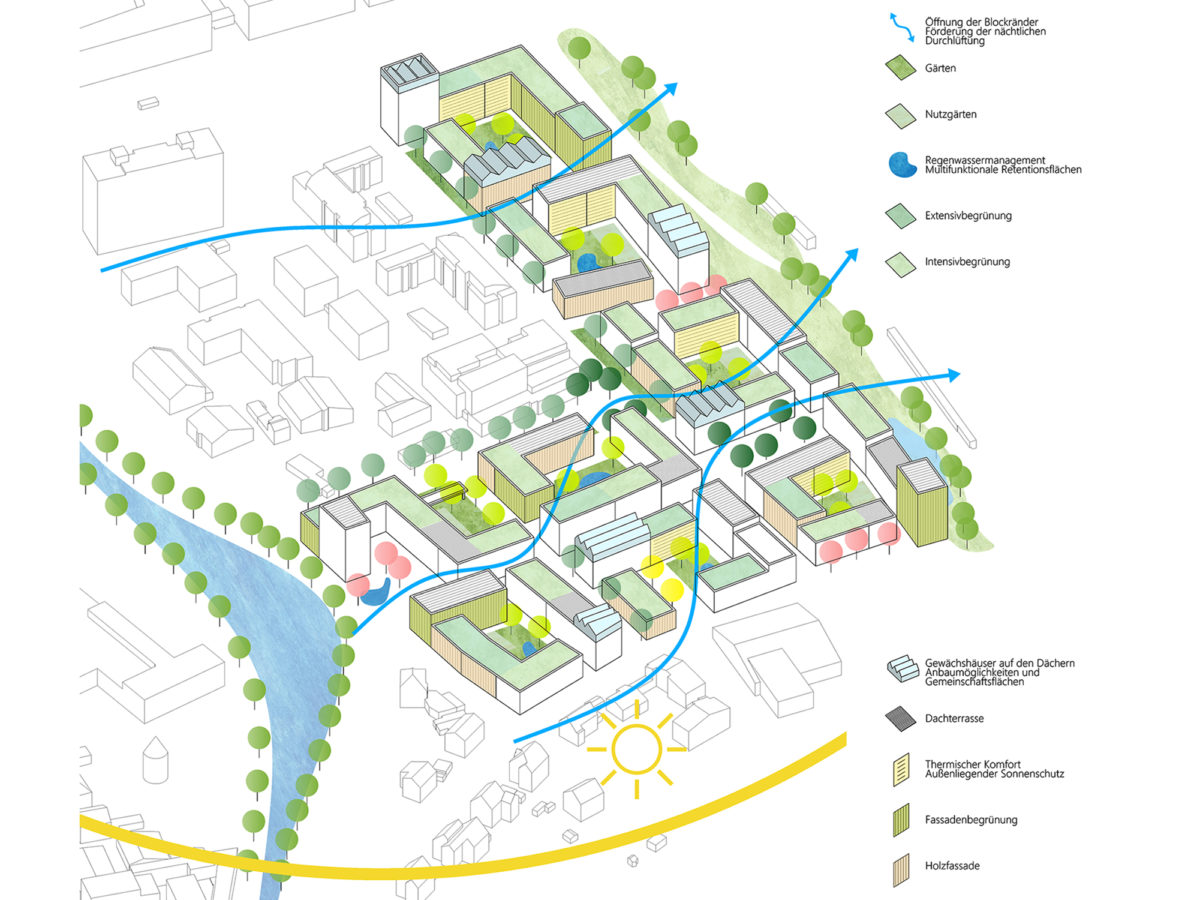 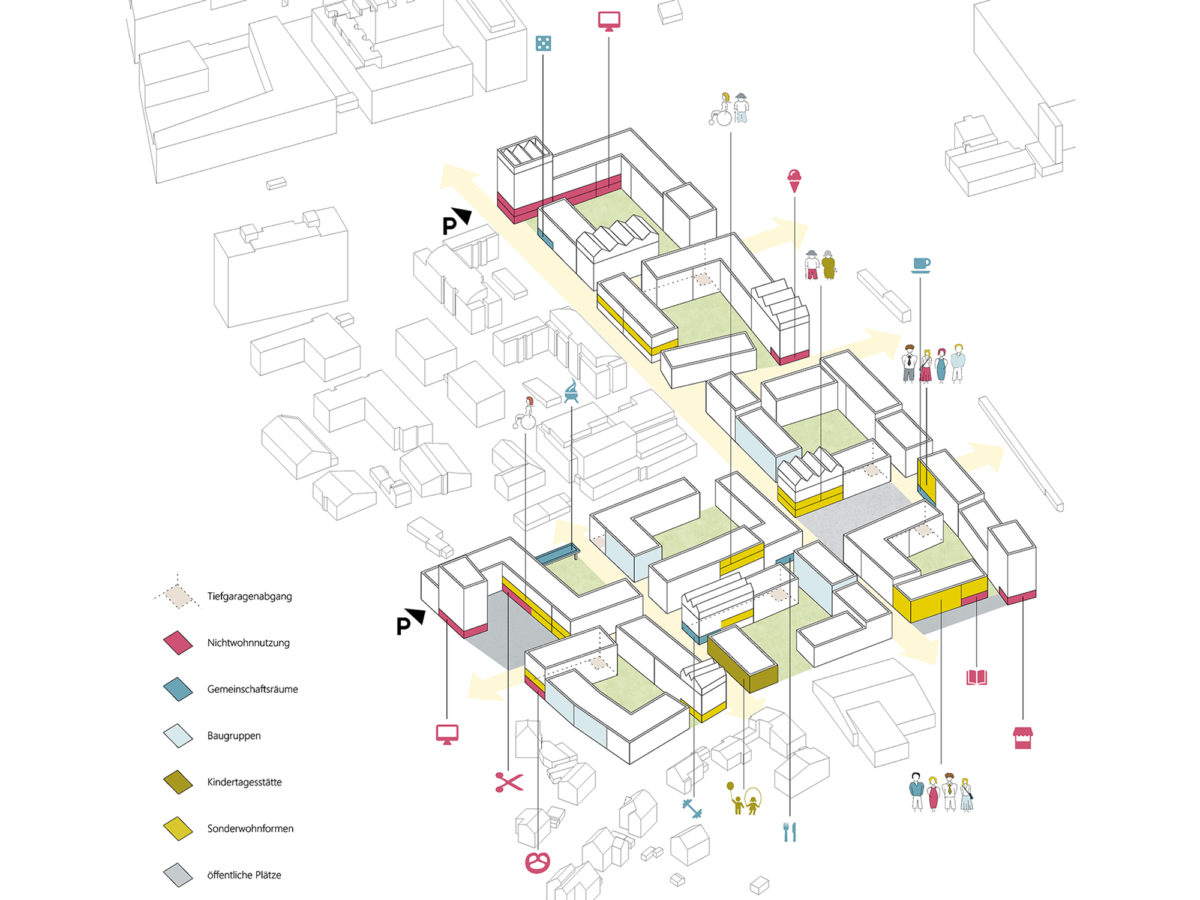 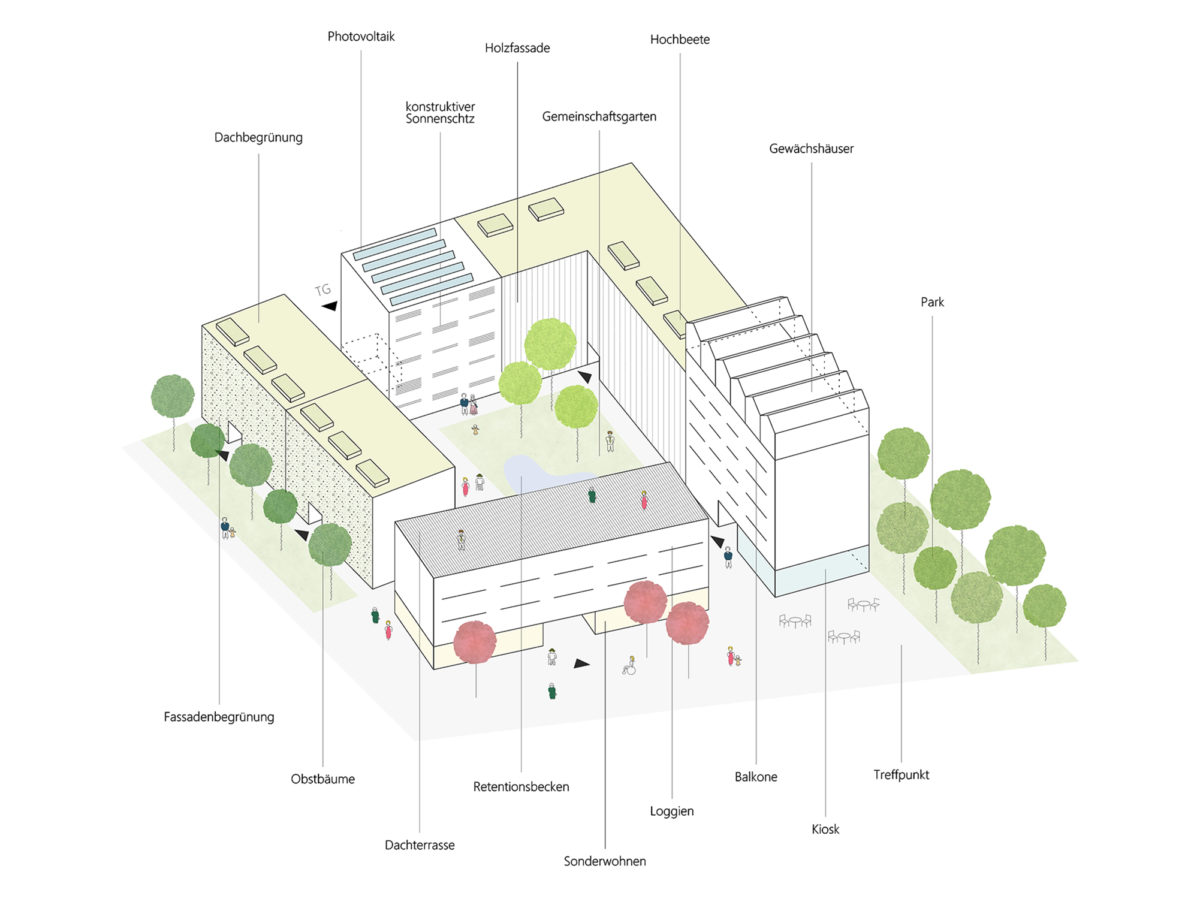 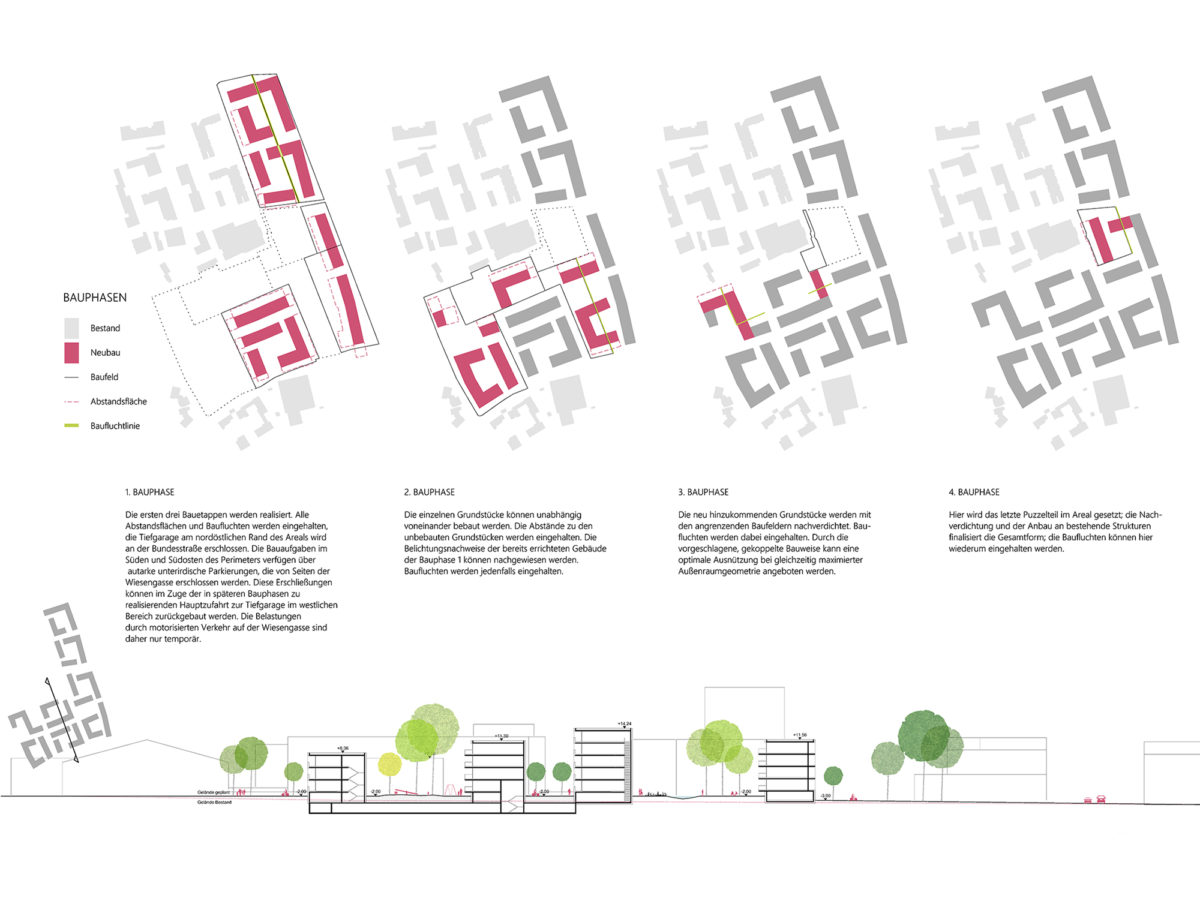 Due to Innsbruck’s valley location, surrounded by high mountains, there are only a few free spaces in the city for the construction of urgently needed affordable housing. The area of the so-called Sillhöfe in Innsbruck’s Pradl Süd district covers around 50,000 square metres and offers the opportunity to build 800 new flats here. We were invited to submit our ideas for a master plan as the basis for the realisation competition.

The result is a garden and horticultural city that focuses on people, quality of life and social interaction. The area is organised into eight building fields. Each of these fields groups a manageable number of residents into a “neighbourhood” and enhances it with large, central and communally used outdoor spaces. The structure of row and angle buildings minimises disturbance from the outside and ensures good circulation.

Eight green courtyards inside the block create encounter places for the socially and age-mixed community of residents. Greenhouses on the roofs and on the ground floor also serve as neighbourly meeting points and individual recreational spaces that create identification. On the peripheries of the neighbourhood, street cafés and shop windows activate the street space, show urban life and work and invite people to stay: quality public space creates public life.

Three high-rise buildings with a maximum of eight storeys set accents within the area. Individual structures are playfully rotated from axes and lines to create a varied appearance with openings and closures, narrows and widenings, and views in and out. In the north, the dense development edge minimises noise emissions, in the west there are four- to five-storey buildings and in the south there follow small-scale settlement structures.

Public and privately financed rental flats are distributed among all the perimeter block buildings and promote an intensive social mix of residents in a “neighbourhood”. The principle of “every staircase an address” ensures structural diversity and the smallest possible grain in the quarter, which integrates naturally and in a balanced way into the existing structure.

The jury emphasised that the design is convincing due to its urban planning approach and the placement of the buildings and praised the differentiated qualities in the pathways between the buildings, in the interior open spaces and in the surrounding spaces. This approach would enable the implementation of a diverse architectural language. It was also positively noted that our concept of communal living as an essential feature of the design is easy to read.