Concours Chronologie Extension & Renovation of the Salzburg Festival Halls (AT) 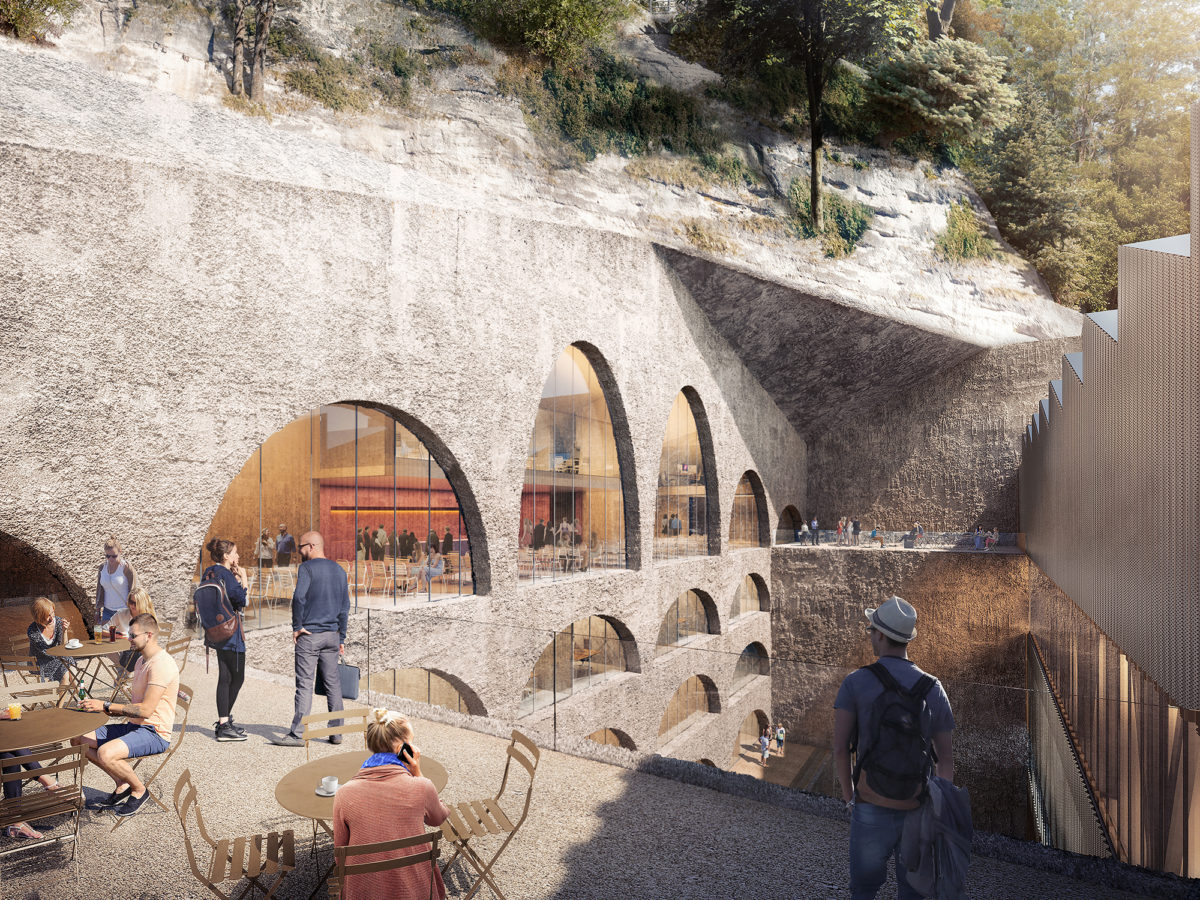 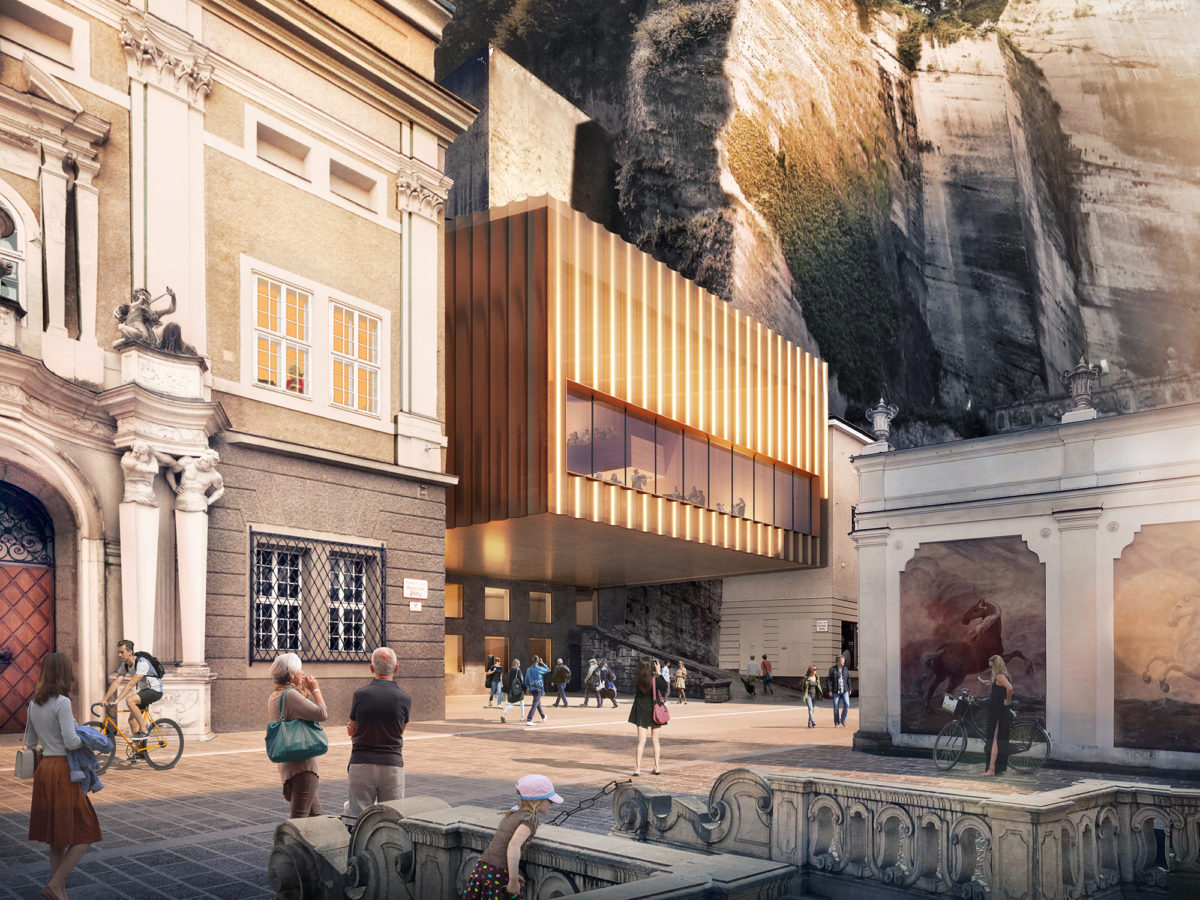 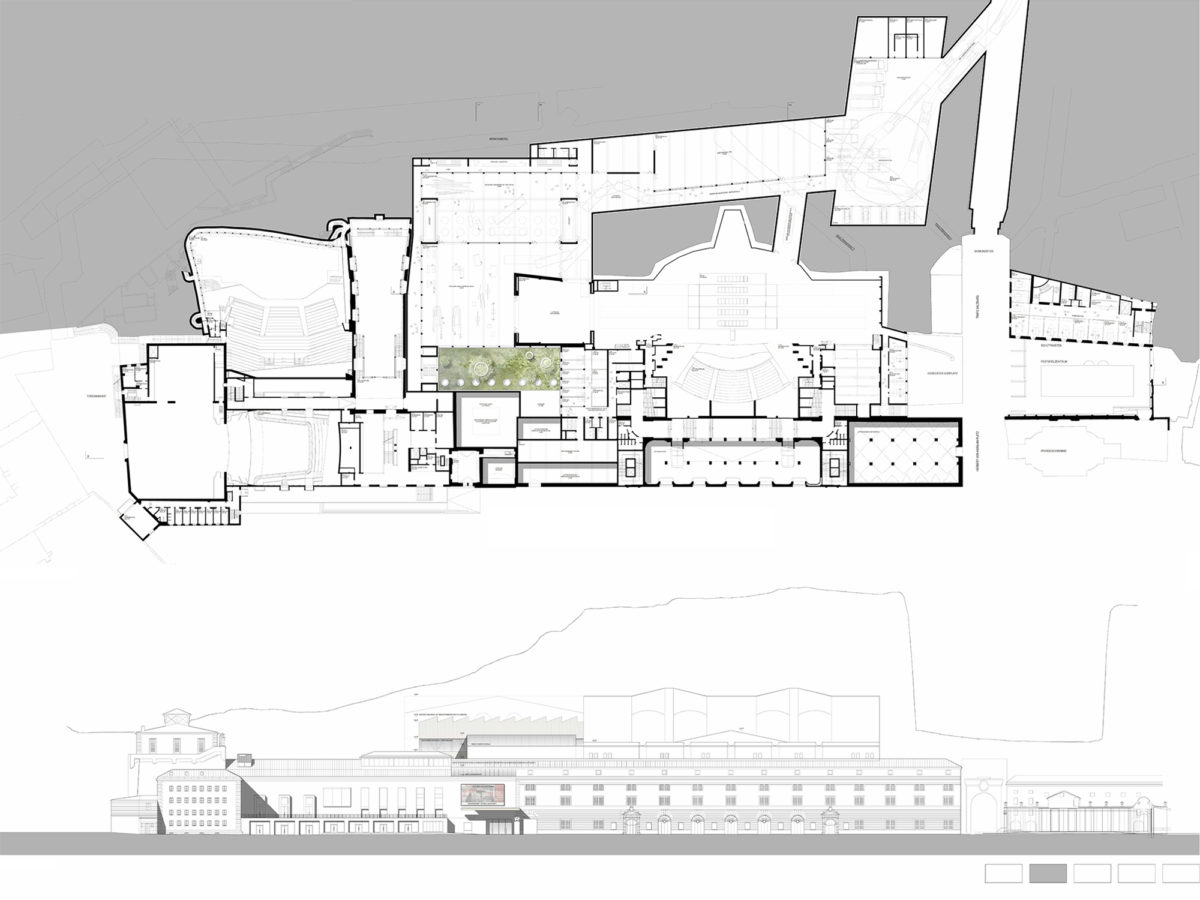 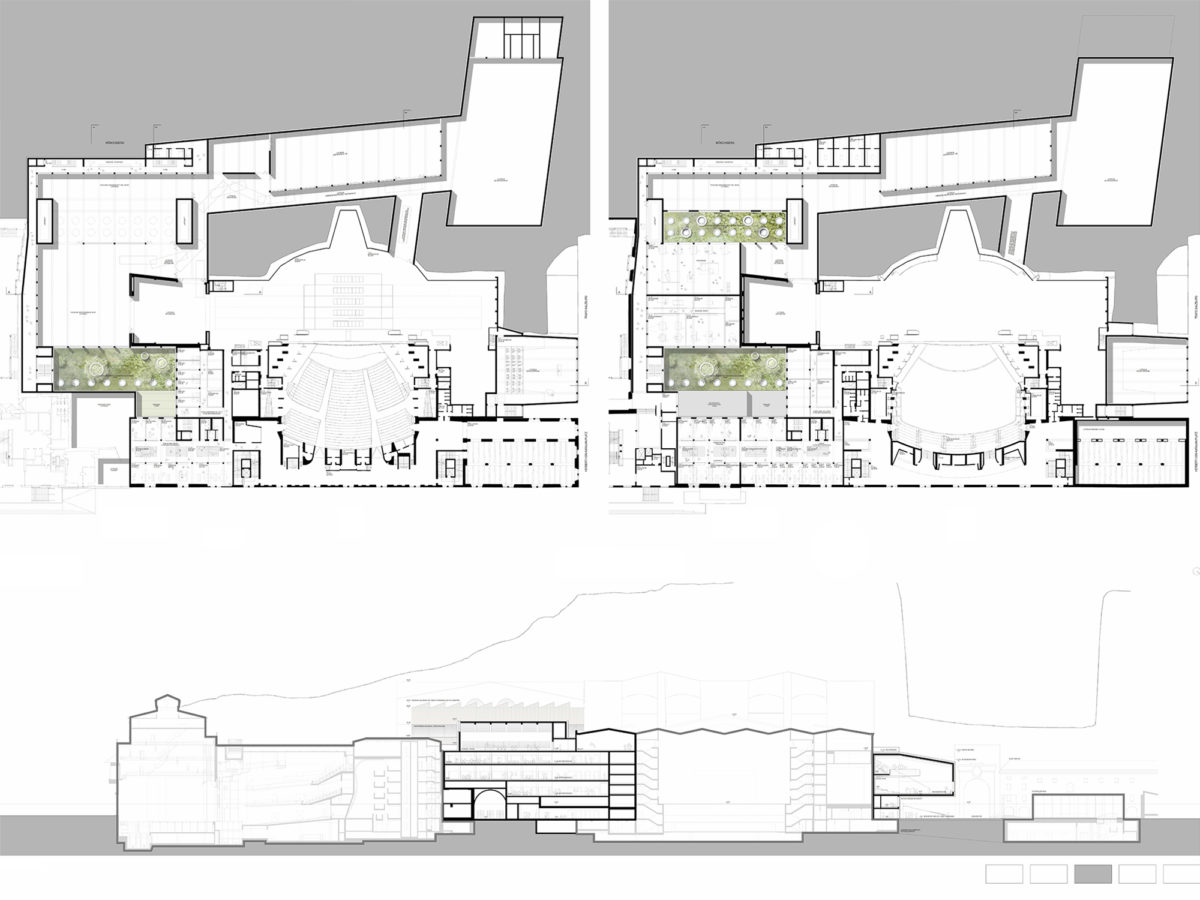 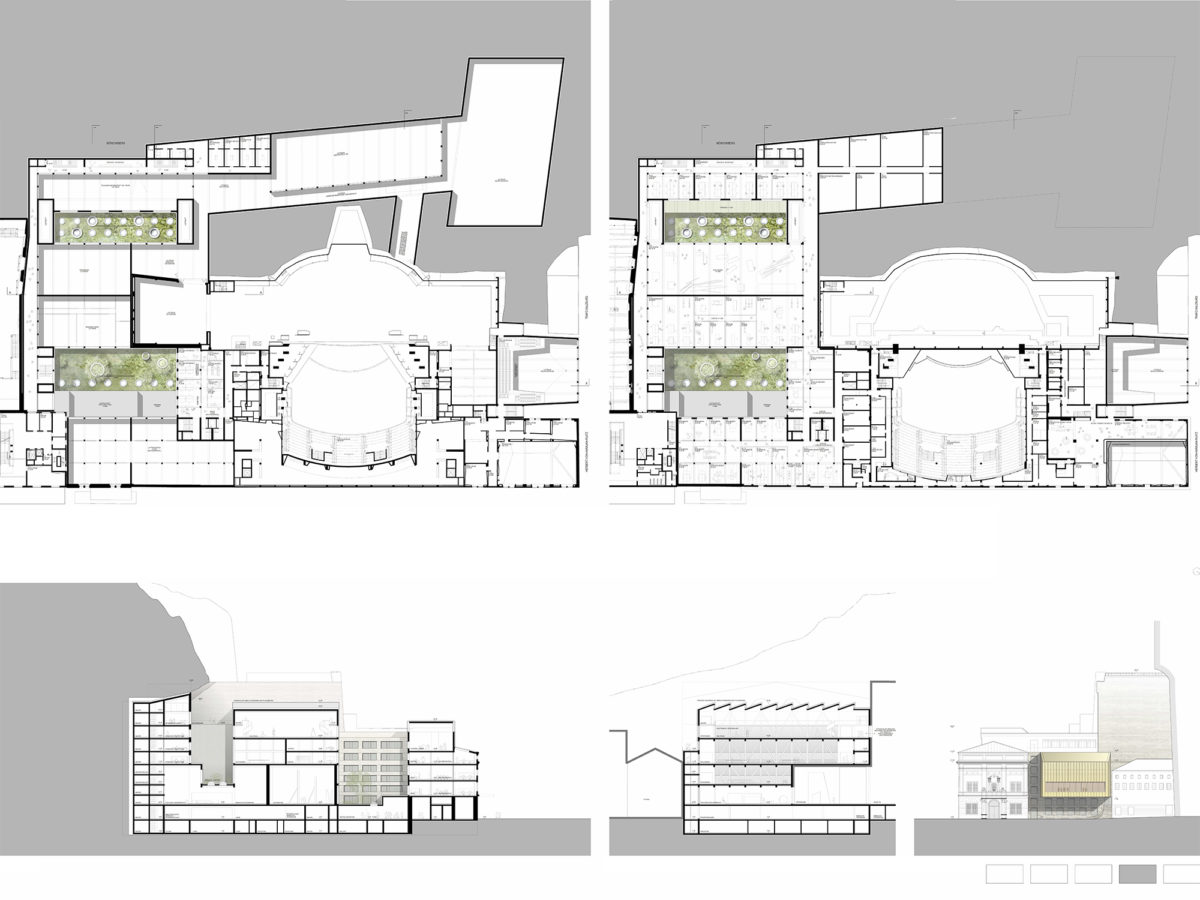 Extension & Renovation of the Salzburg Festival Halls (AT)

Founded over 100 years ago, the Salzburg Festival is now the largest and most important festival in the world. The refurbishment and extension of the Festival Halls is intended to create the best possible conditions for continued artistic and economic success. The aim is to preserve Clemens Holzmeister’s identity-creating idea of a festival district as a contribution to building culture, but also to further develop it and make it fit for the future. A key aspect here is also ecological, economic and social sustainability.

Workshop complex
New workshops, rehearsal rooms and dressing rooms for the up to 4,500 employees will be housed in a new building behind the existing buildings, partly dug deep into the Mönchsberg. We have accommodated the workshops in a compact structure between the Karl Böhm Hall and the Großes Haus, with a direct connection to the side stage. Two landscaped atriums bring light and air into the new ensemble. The eight-storey building is crowned by a shed roof that towers above the silhouette of the existing buildings and makes the workshops visible.

Orchestra and Choir Hall
In contrast to the largely hidden workshop complex, the cantilevered Orchestra Hall on Herbert-von-Karajan-Platz stands out prominently. In dialogue with the new Festival Centre opposite, it gives the narrow square an attractive address without competing with the stage tower. The Choir Hall as a new component of the roofscape also reveals its importance. Both are not only suitable for rehearsals, but also excellent venues for events with a distinct identity.