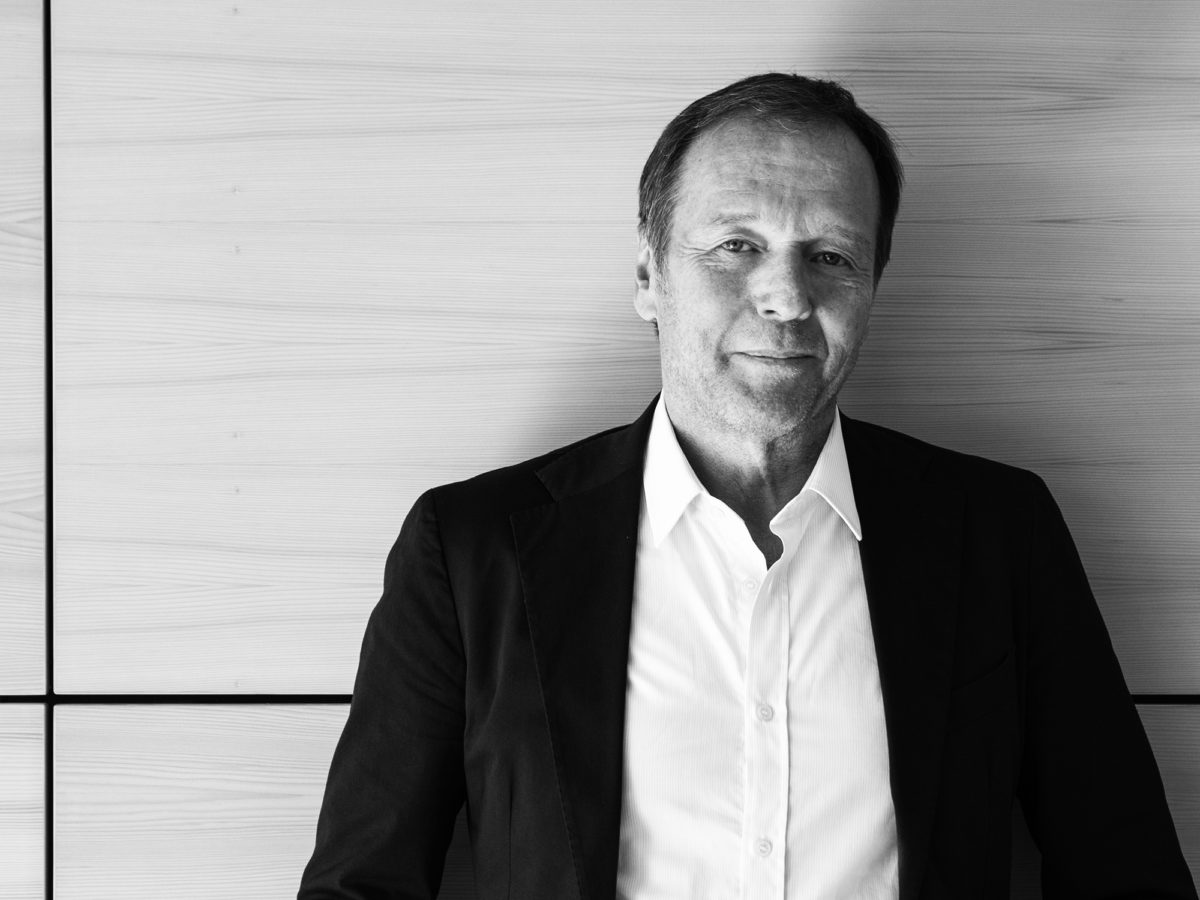 Helmut Dietrich studied architecture at the Vienna University of Technology, where Ernst Hiesmayr, the famous architect and teacher, became his mentor. Helmut Dietrich worked for Paolo Piva in Biella while studying and after graduating in 1985 he joined Piva‘s studio in Venice. In 1986 he opened an architectural office with the architects Hermann Kaufmann and Christian Lenz in Vorarlberg.
In the mid 1980s began the successful collaboration with Much Untertrifaller. In 1994, after winning the international competition for the Festspielhaus in Bregenz, they opened their joint practice in Bregenz. The successful competition for the extension of the Wiener Stadthalle resulted in a second office in Vienna. In 2005, when the University ETH Zurich commissioned them to build their new Sport Center, they established a branch in St Gallen, joining forces with Christof Stäheli. In 2015 the office in Paris was opened, followed by Munich in 2016.

From 2000-2010, Helmut Dietrich was chairman of the competition committee of the architects chamber in Vorarlberg. Actually he is member of the design advisory boards in Lustenau, Mellau, and Widnau. Since 2011 Helmut Dietrich heads as Visiting Professor the advanced training course ‚überholz‘, University of Arts Linz, and since 2016 the workshop design at the Carinthia University of Applied Sciences in Spittal and Udine. In 2018 he teached at the ENSAPVS Architecture University in Paris as a visiting professor and in 2013 at the IUAV University in Venice.