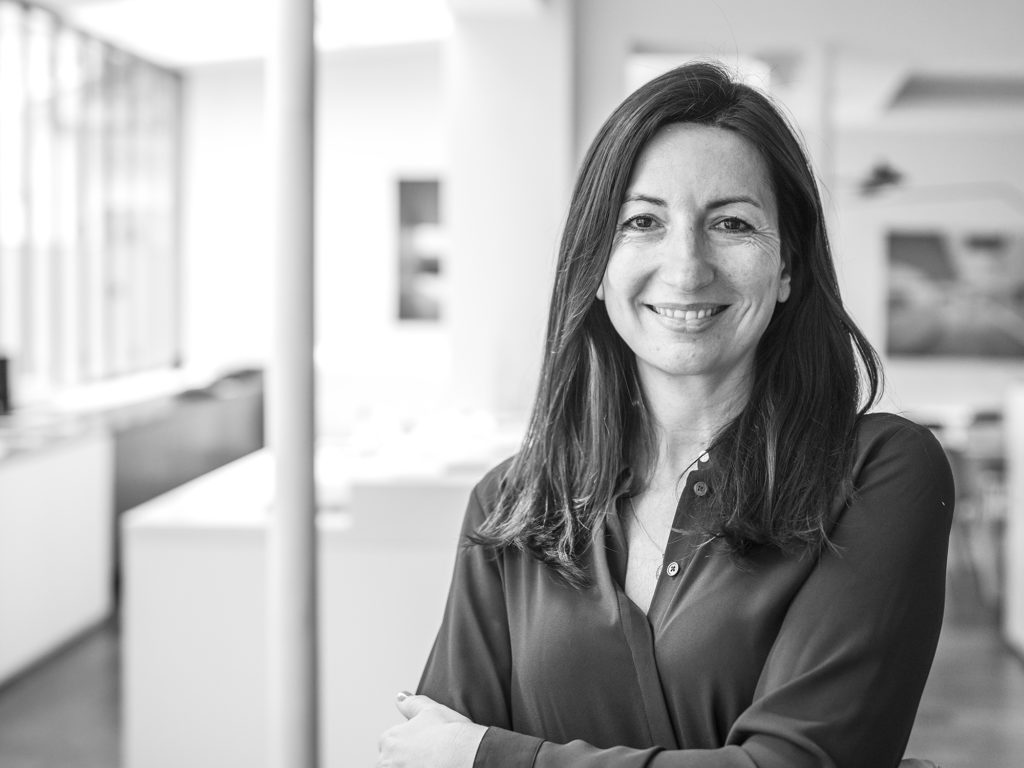 Anne Mochel ist French and studied civil engineering at the TU Karlsruhe (1995-2001), urban planing at UPC Barcelona (2001), and architecture at the ENSAPLV Paris (2004-2010). In 1998, for Lahmeyer International Gmbh, she managed a depollution pilot project financed by the Worldbank IBRD in Guayaquil (Ecuador). After having realized an audit for the company Suez in New Castle (UK), she gained 2010 her HMNOP 2010 at Jacques Ripault office and is since then member of the french Chamber of Architects. 2004-2009 she worked as project manager at Vinci and as business development manager for the timber construction company ARBONIS.

2010-2012 she was teaching „Sustainable Building“ at the University Cergy-Pontoise and ran her own office for environmental friendly planning. 2012-2016 she was business development manager at AIA Architectes in Paris. In 2016, Anne Mochel joined the Parisian office of Dietrich I Untertrifaller Architectes as Managing Director and heads the business development there.