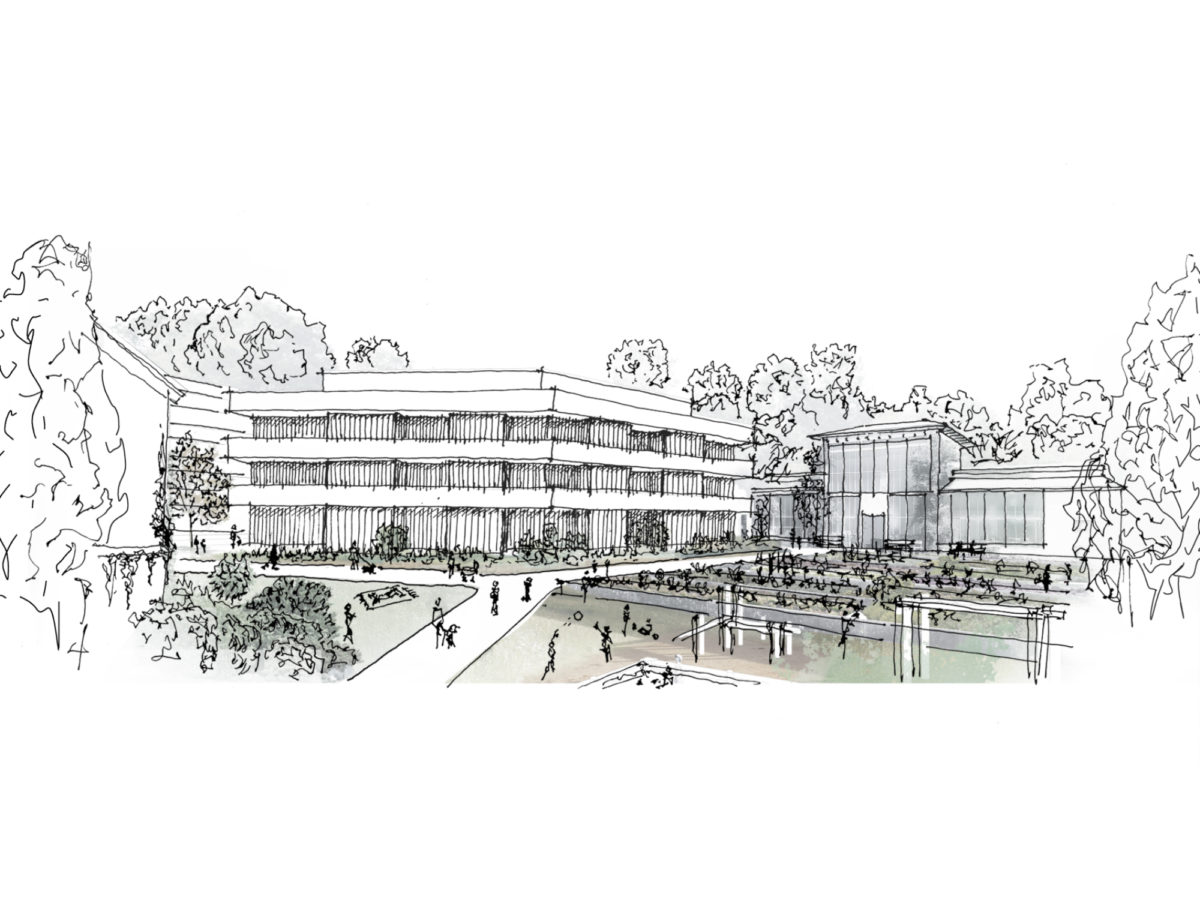 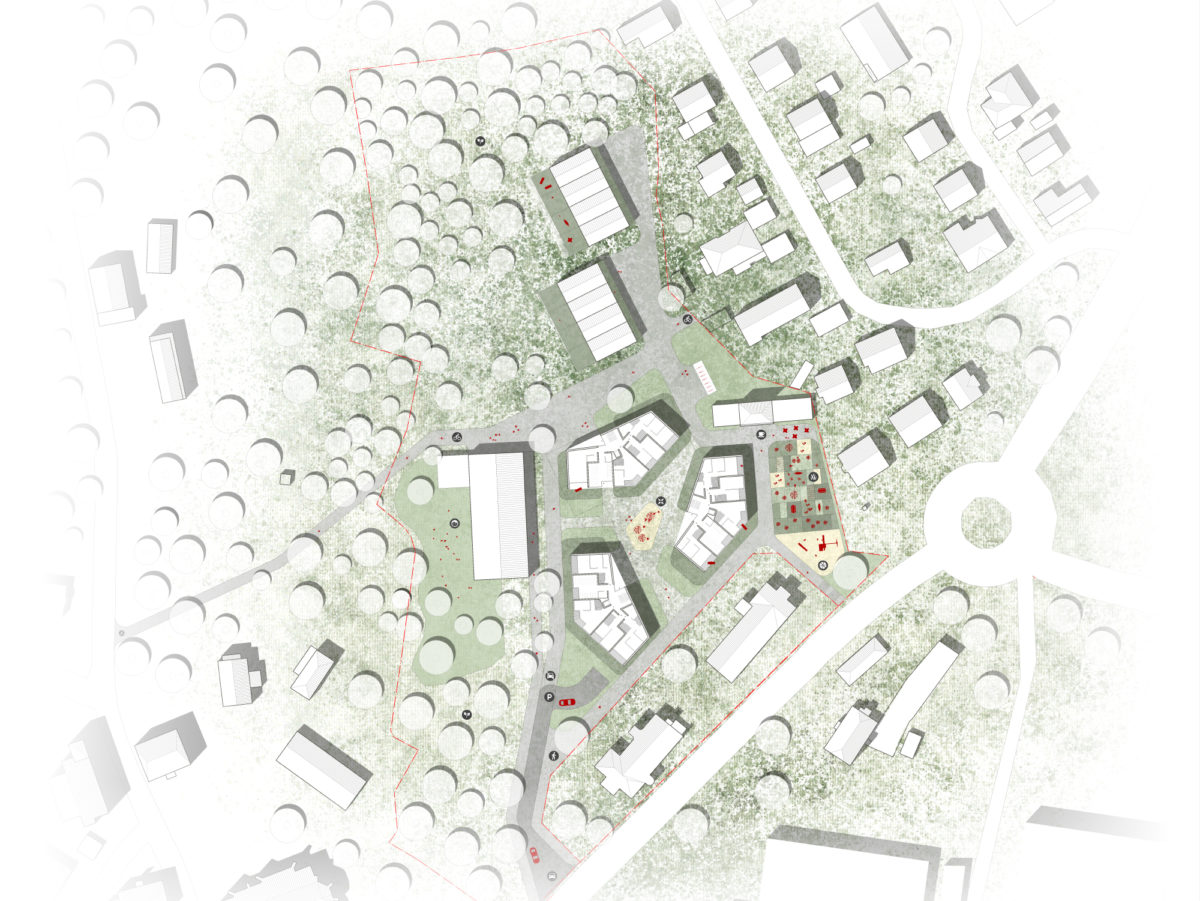 On the site of the Alte Stadtgärtnerei in Lindau, we will build subsidized apartments for families, eight privately owned terraced houses and a kindergarten. Several listed buildings as well as the new pedestrian and cycle path connection structure the park-like site, that is bordered by a forest and a new development area. Our concept creates a balance between the buildings and the surrounding green and achieves an almost car-free quarter. The Urban Gardening area in front of the listed Orangery provides a thematic link to the former city nursery.

With their polygonal shape, the three precisely set residential buildings around a central square communicate both with each other and with the edges of the existing buildings. The staggering of three to four stories is based on the height of the orangery, the gardener’s house and the Villa Engel. Compact two- to three-room apartments in the core area can be flexibly switched to a corresponding apartment key. Spacious three- to four-room flats extend from front to back to provide plenty of daylight. If required, they can be interconnected with the two-room apartments to form larger units.
To the west, the forest opens up into a small clearing that allows space for the elongated kindergarten building. In the north, we have combined four terraced houses into two compact rows. With a narrow front garden and a private garden facing south, the two-story buildings with a converted attic fit harmoniously into the surrounding green.

Our design creates an attractive urban structure with sequences of squares and paths that link the new and the existing buildings into an exciting ensemble. In December 2019, the jury of the urban planning competition awarded our project first prize. Construction is scheduled to start in 2021.