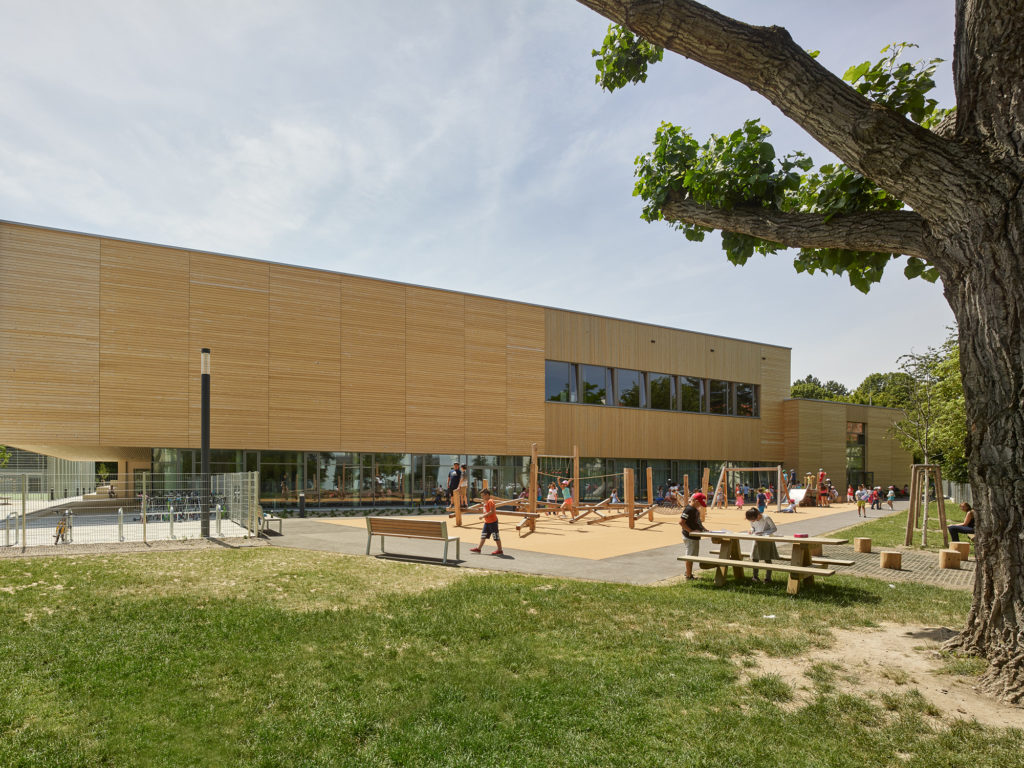 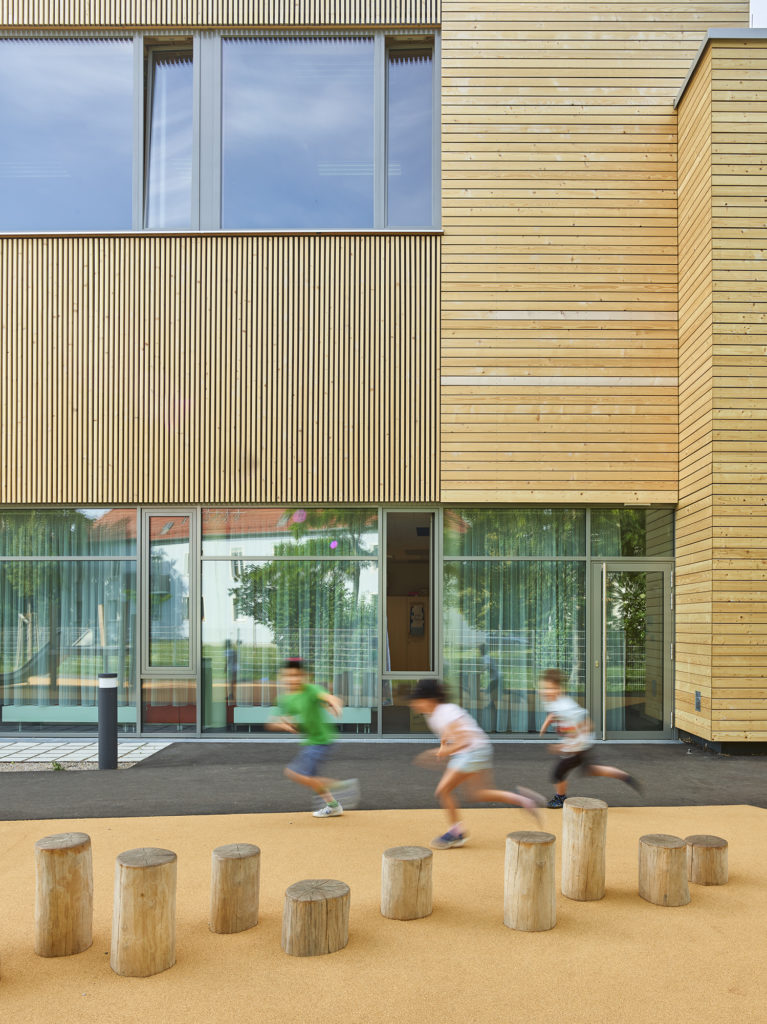 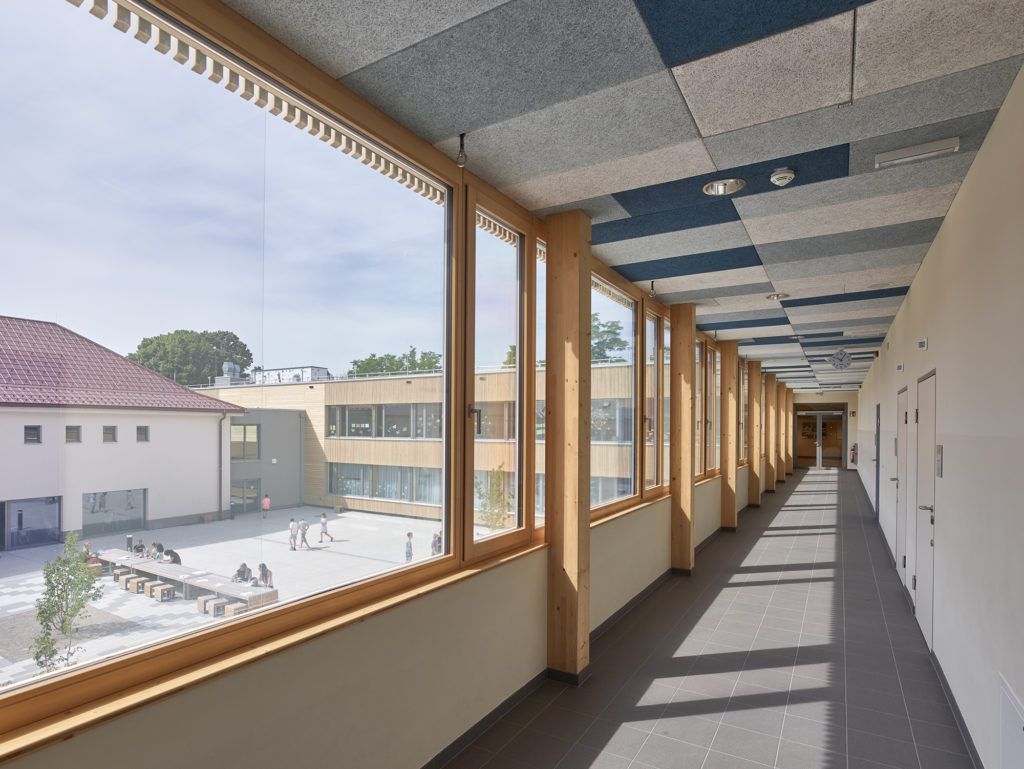 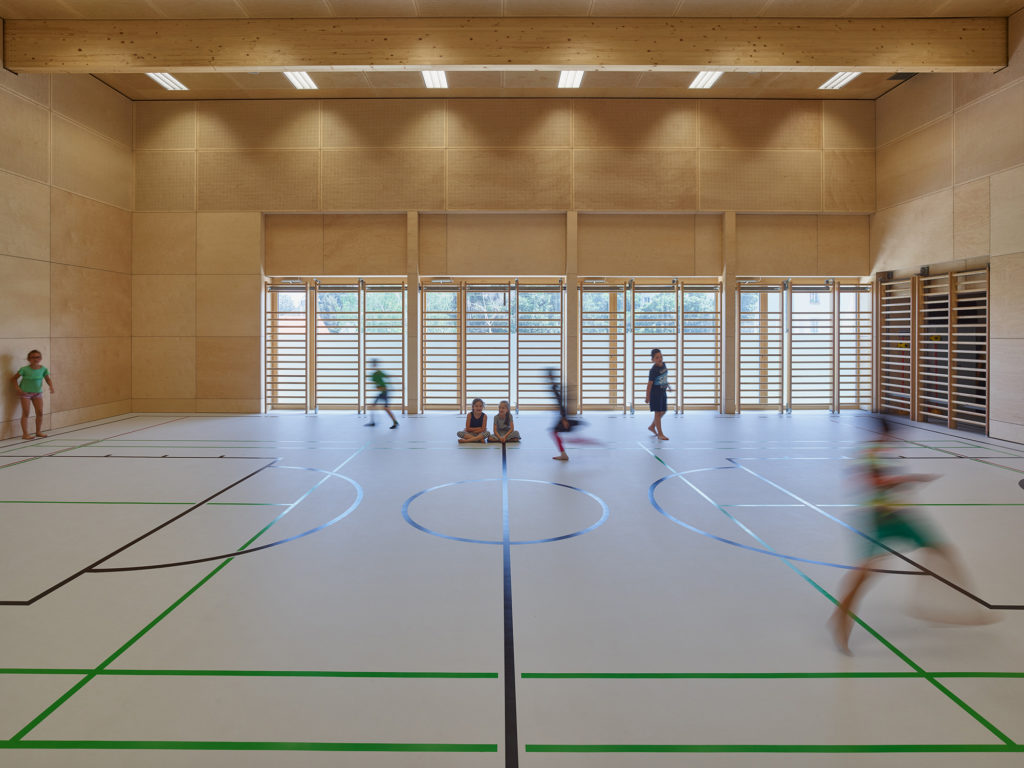 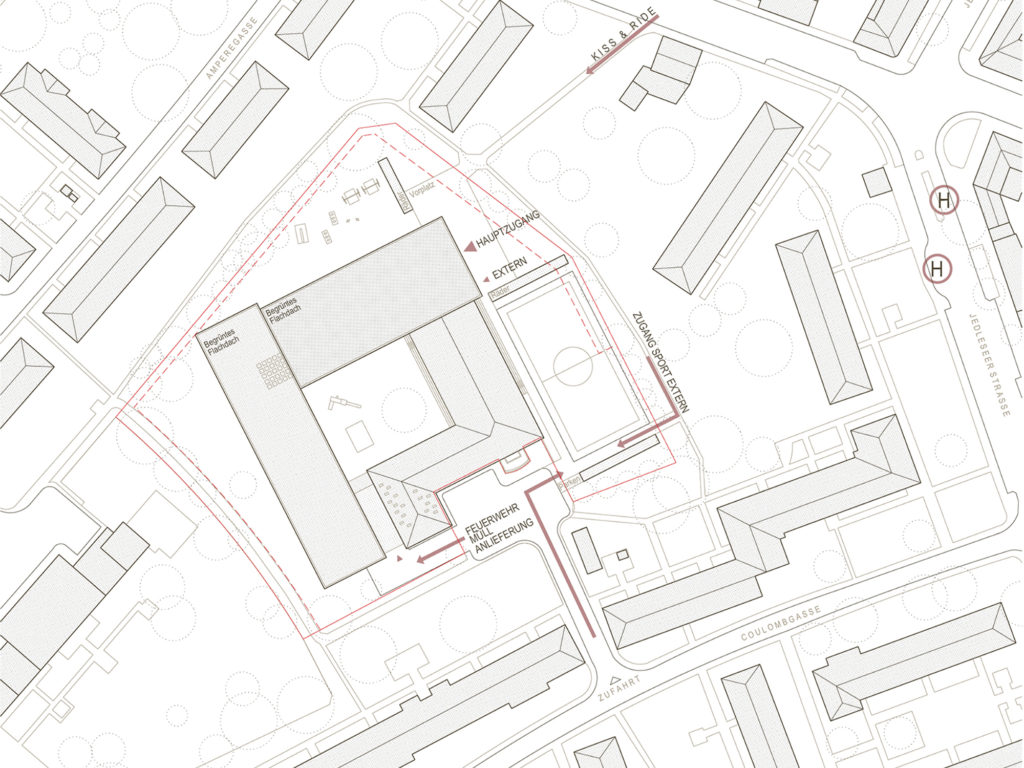 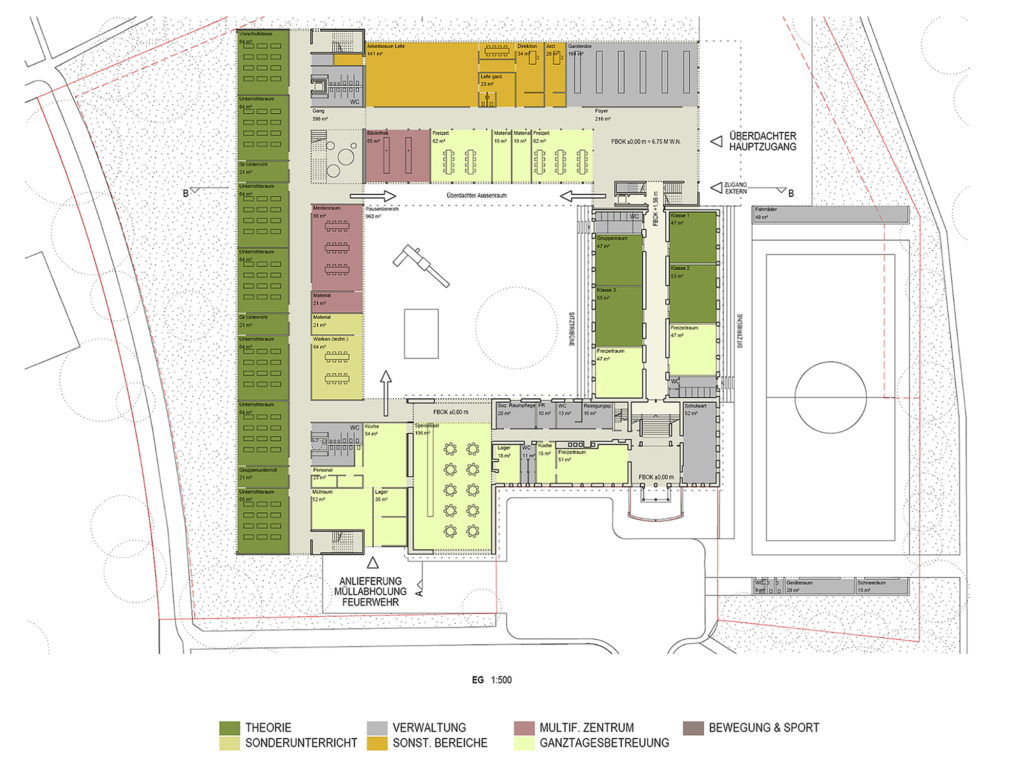 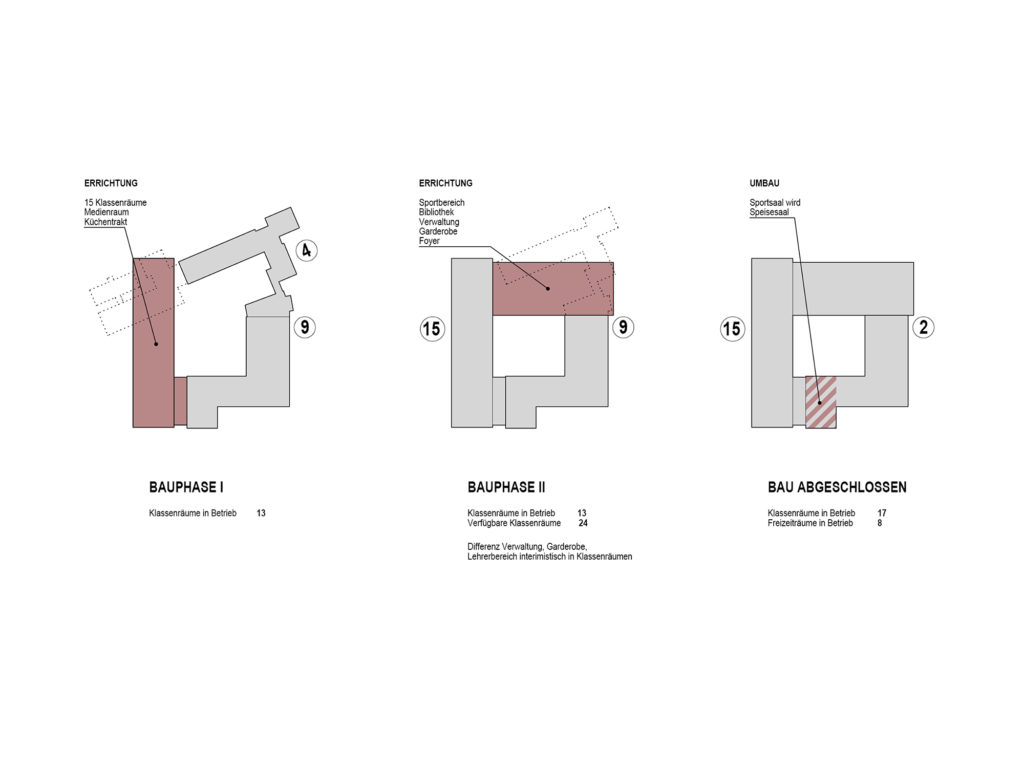 The architectural concept of the Christian-Bucher-Gasse elementary school, which dates back to the 1950s, combines the existing structure with the new buildings into a harmonious, functional school complex with a large, protected inner courtyard. 17 additional classrooms, a sports hall, a gymnasium, recreational classes, media and work rooms plus a cafeteria have increased the student capacity by one third to 425 children.
The construction work was carried out in four phases so as not to interfere with the ongoing function of the school. The new building is one of the first school buildings in Vienna to be mainly constructed in timber. The facade boasts a versatile design with horizontally and vertically arranged spruce lamella and wide window frames. The extensive glazing on the ground floor allows daylight inside and lends the compact building structure levity and transparency. The green flat roof creates a pleasant microclimate and reduces heat emissions.

In the first two phases, a two-story new building with 15 classes, a library and the school kitchen was erected on the west side of the school. The existing building in the northwest was demolished. At right angles, a three-story administration and sports wing adjoins it on the north side, realized in the third phase. Finally, the existing school was renovated and the old gym converted into a dining and event hall.
Access to the school is via the north wing, which houses administration and cloakrooms on the ground floor, and the new two-story gymnasium and the gymnastics hall above. This enables a clear, ring-shaped circulation, connecting existing and new buildings barrier-free. To the east, the sports hall protrudes over the forecourt and roofs the entrance.