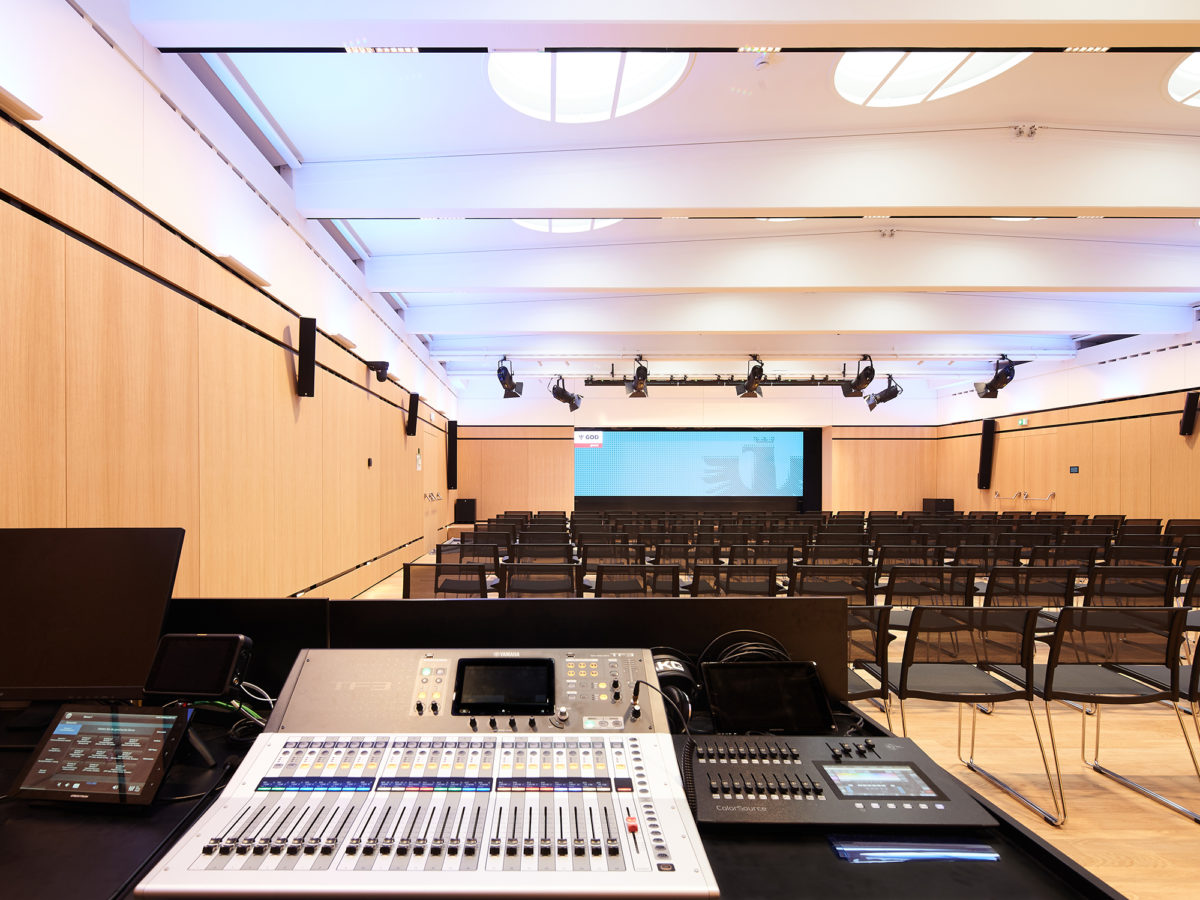 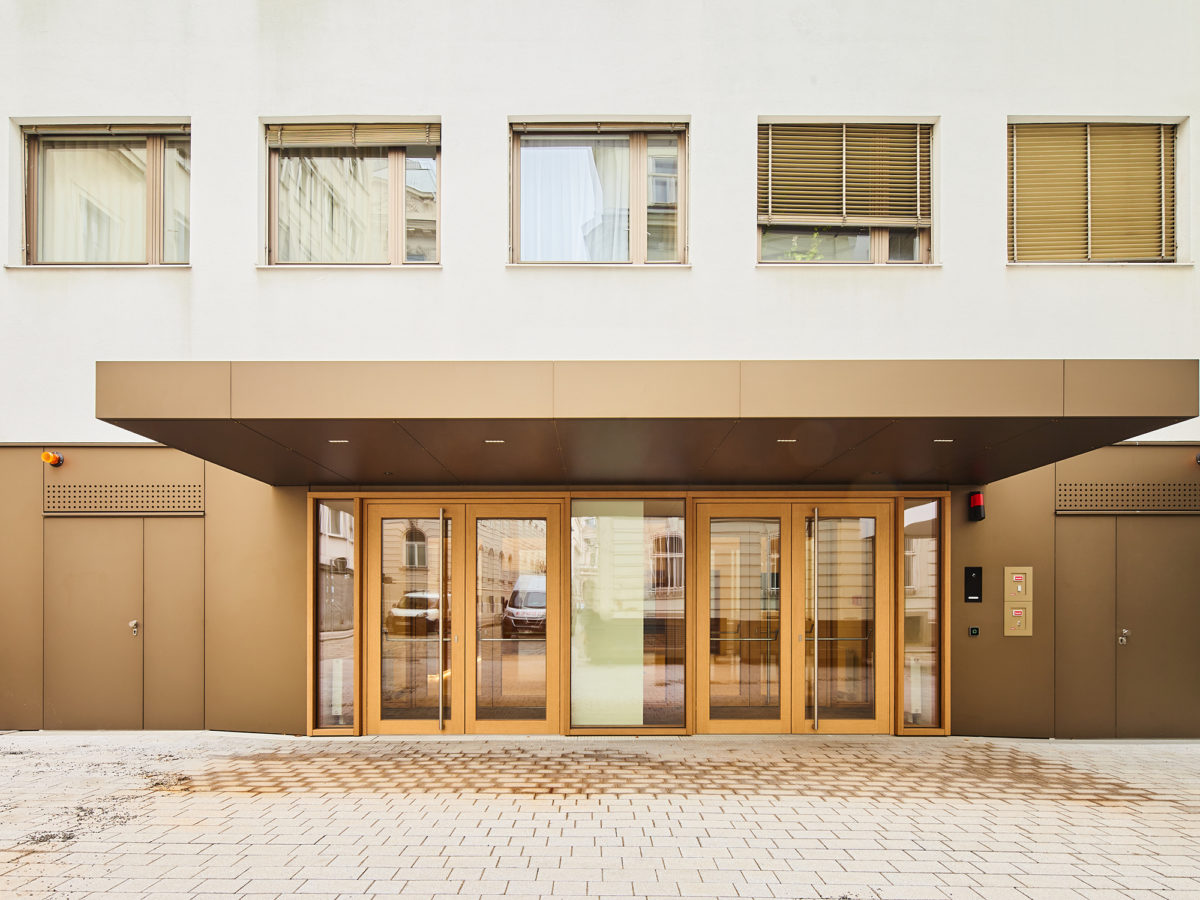 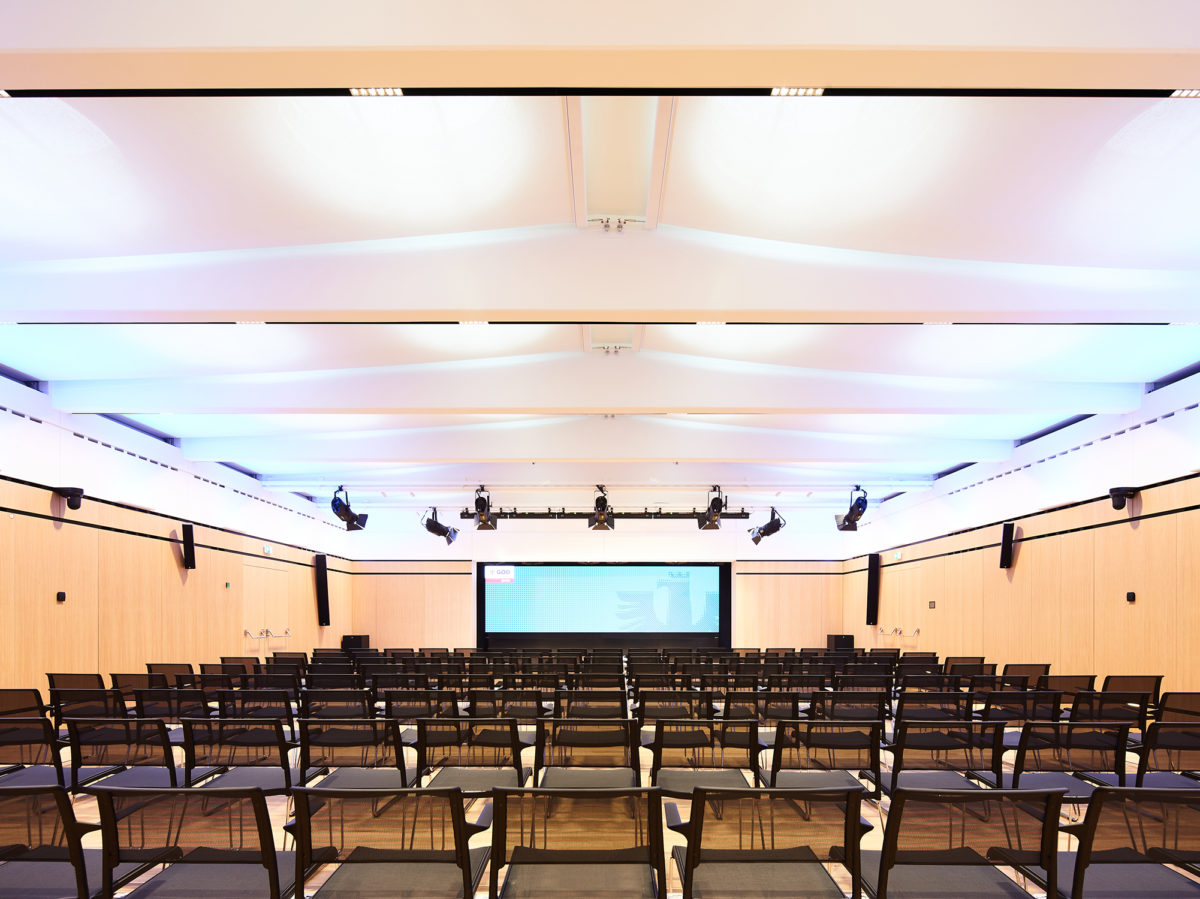 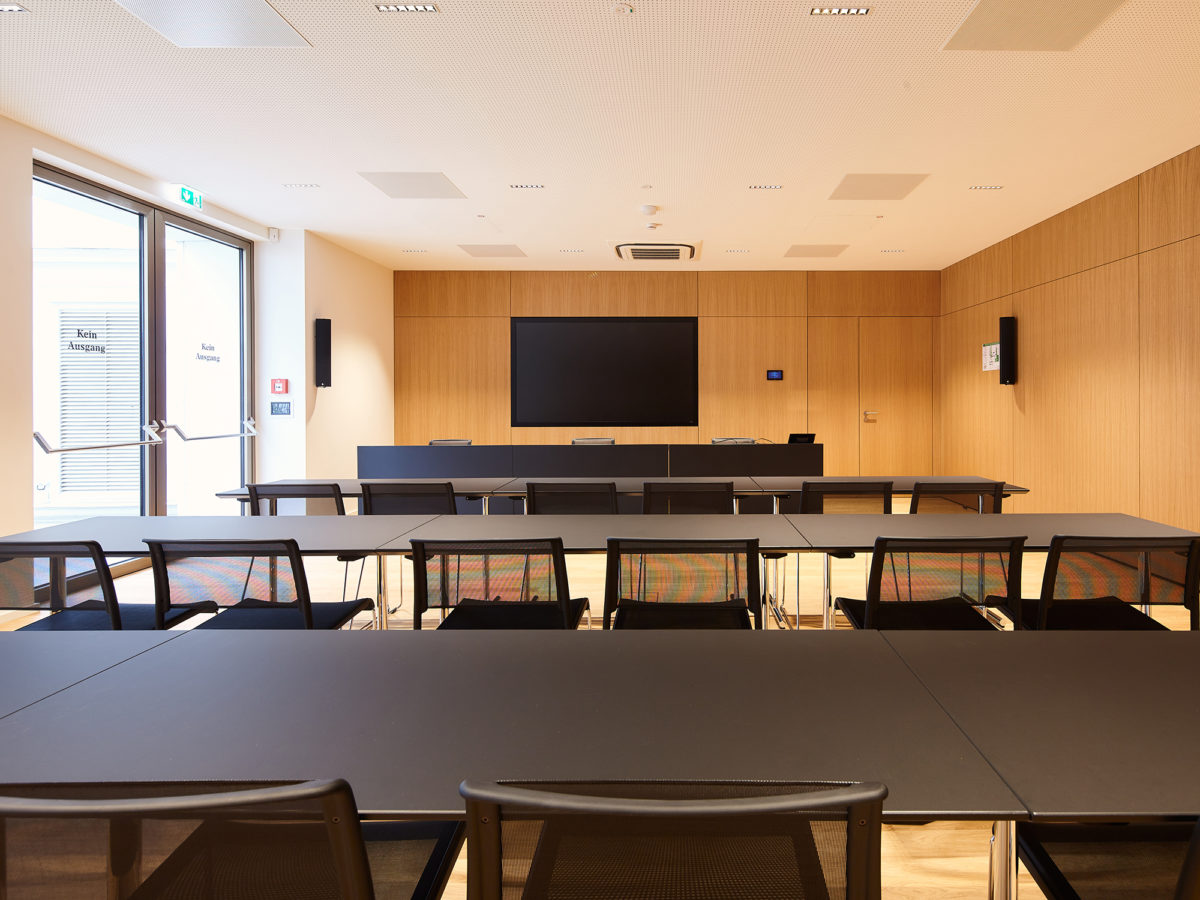 The event hall of the GÖD – Public Service Union in an unadorned 70s building in the centre of Vienna no longer met today’s requirements. The introverted orientation towards the inner courtyard and the unattractive side entrance did not look very inviting, the technology was outdated. Our idea was to turn the internal organisation around 180° and to upgrade the hall with its own representative entrance from the forecourt. We transformed the previously retracted façade into a glazed entrée, whose wide cantilevered canopy marks the new entrance and invites people to enter. The bronze-coloured anodised aluminium cladding harmonises with the existing windows and yet appears very independent and contemporary.

The newly designed forecourt leads into the spacious, bright foyer with cloakroom and snack bar. The large hall is located in the centre of the building under the inner courtyard of the four-sided building wing, evenly supplied with daylight via 24 round skylights. This “perforated ceiling” with striking reinforced concrete ribs gives the room a pleasant openness and lightness. In addition, we have planned a new small hall in place of the old foyer, which replaces the former windowless and daylightless meeting room. The cloakroom, sanitary rooms and building services could remain in their original places, but benefit from the improved internal organisation and accessibility.

At the start of the conversion work, the rooms were demolished down to their basic load-bearing structure. The two halls form the core of the redesign. Oak parquet flooring and wall cladding made of oak-veneered acoustic panels with micro-perforations create an inviting atmosphere. The skylights in the large hall and the window front in the small hall allow visual contact with the outside and, despite the inner courtyard location, let you feel the course of the day and the weather.
In contrast, the surrounding functional and circulation areas are kept in neutral white. White cement and very light cast terrazzo exude a subtle noblesse, but are at the same time very robust and easy to clean. In the built-in furniture of the snack bar and the cloakroom, the oak wood of the halls is repeated and connects the different room characters.

Artificial light plays a major role in this project. It is just there, without being noticeable. That is good lighting design. No sensational effects, but subordination to the spatial effect. Technically, the rooms were brought up to date as far as the existing building allowed, especially the audio-visual equipment. This means that the hall can be used for a wide range of events, such as lectures, seminars, training courses, committee meetings, panel discussions, exhibitions, etc., for which individually pre-programmed lighting and sound scenarios can be called up.