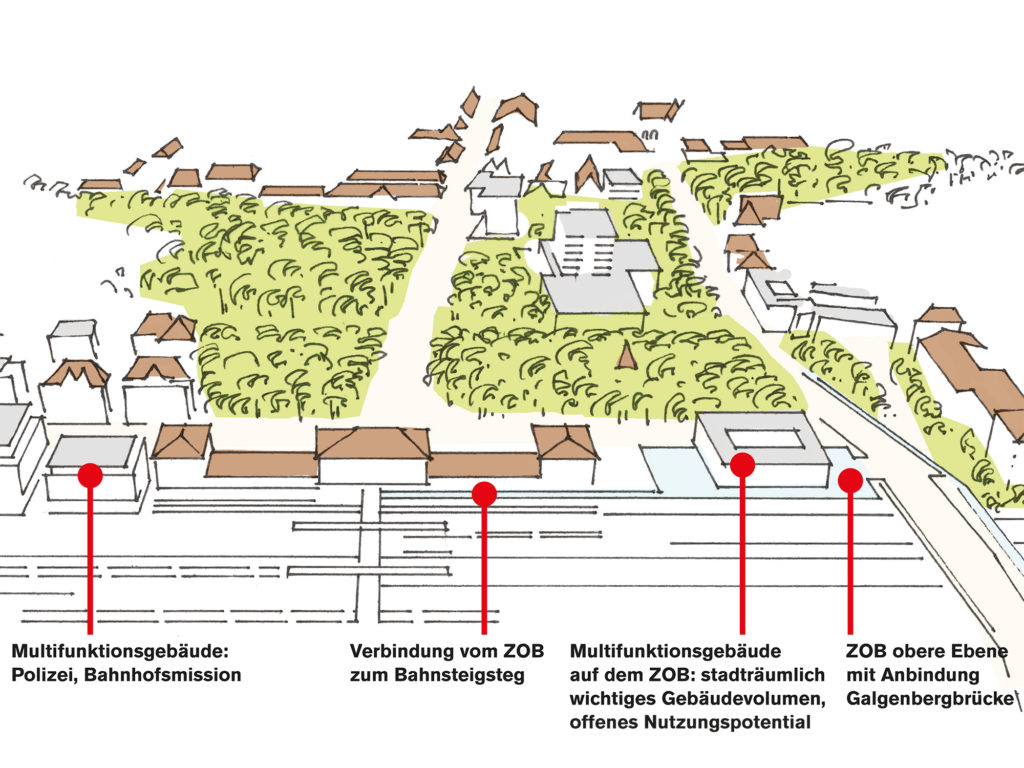 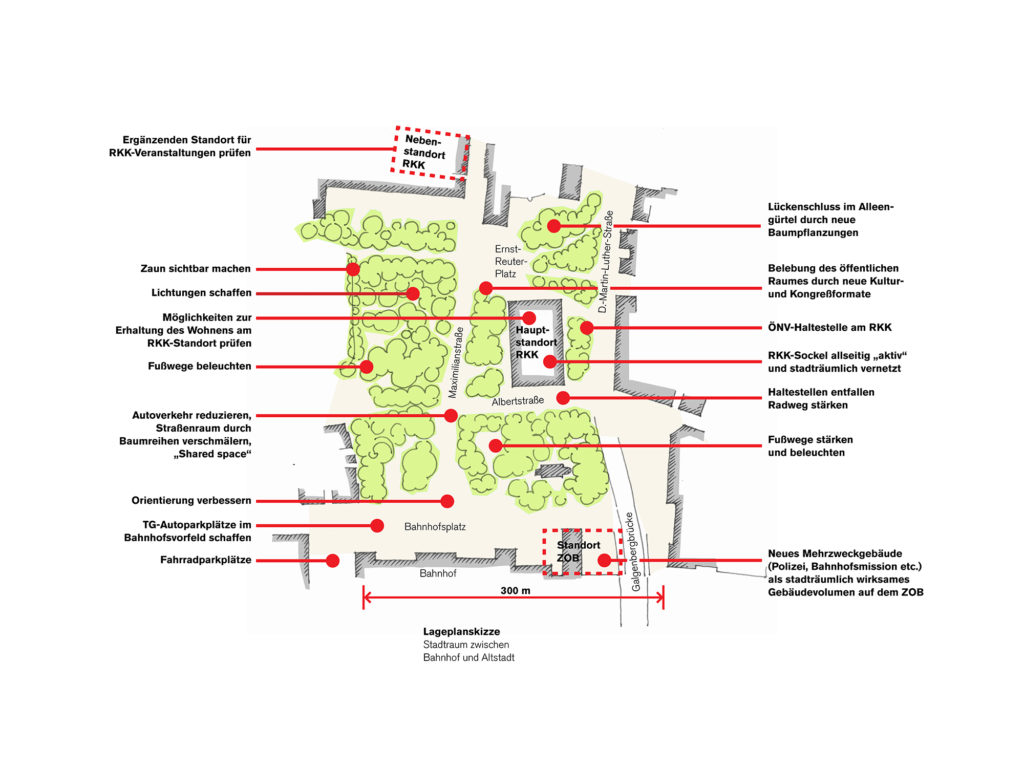 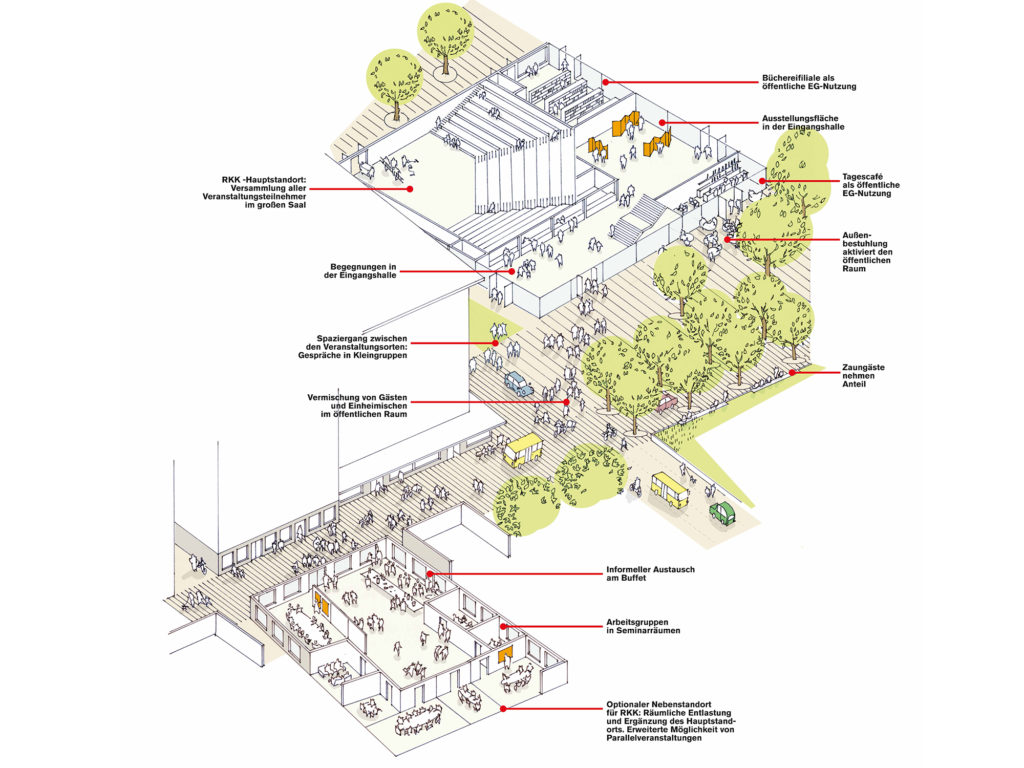 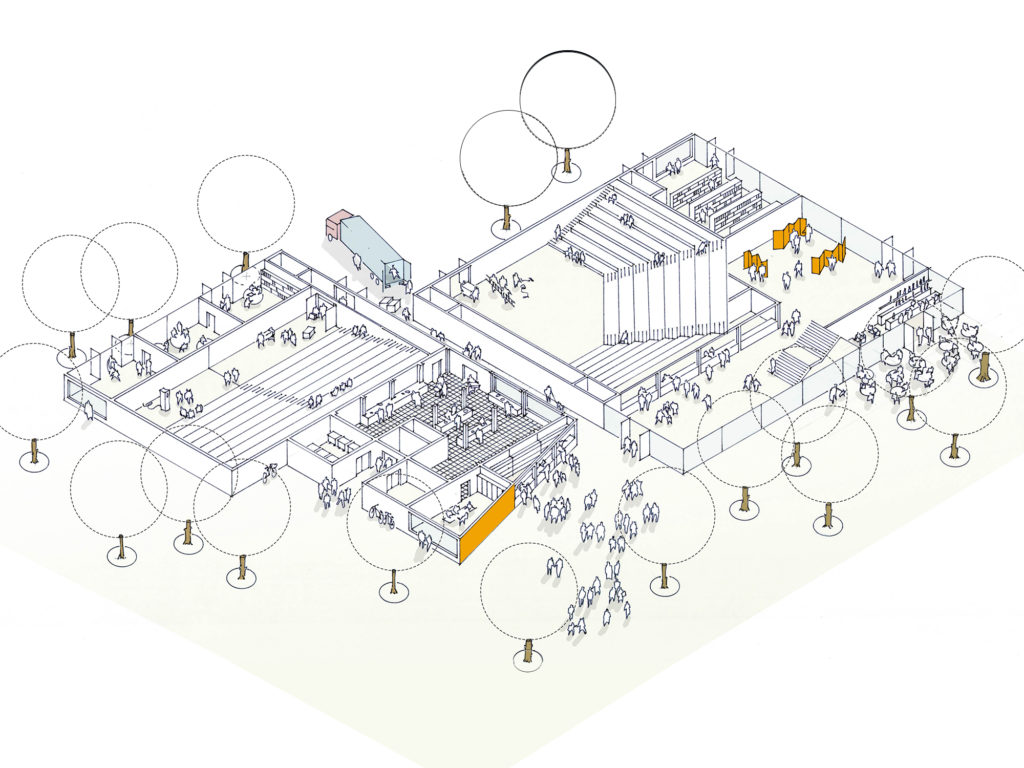 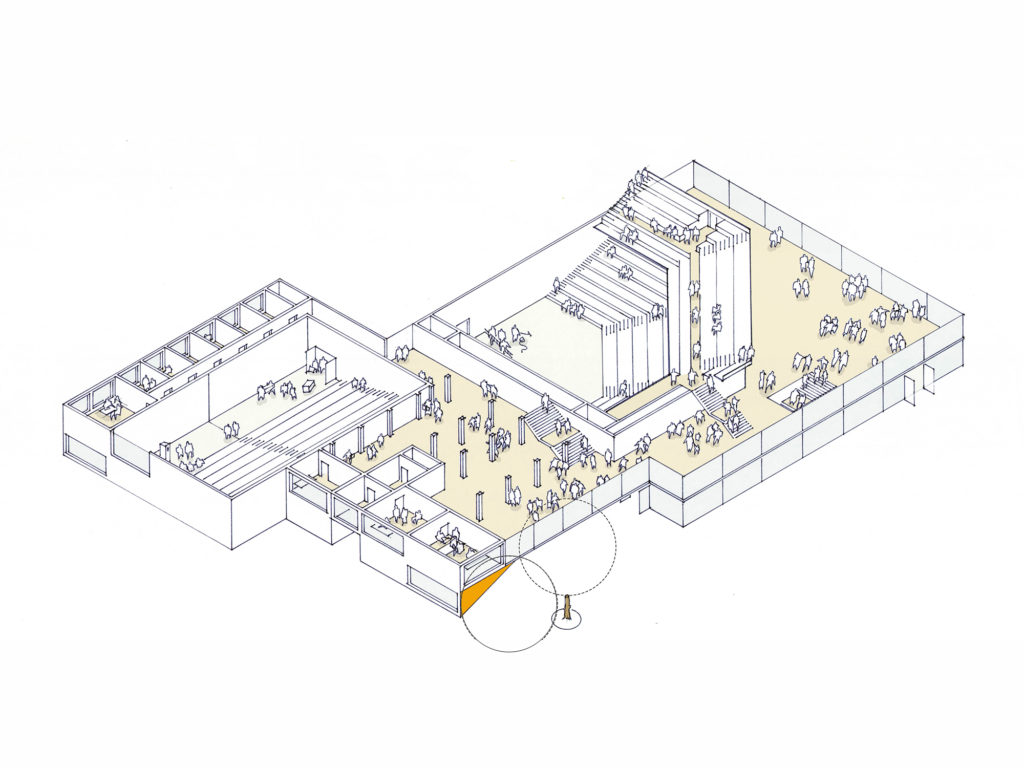 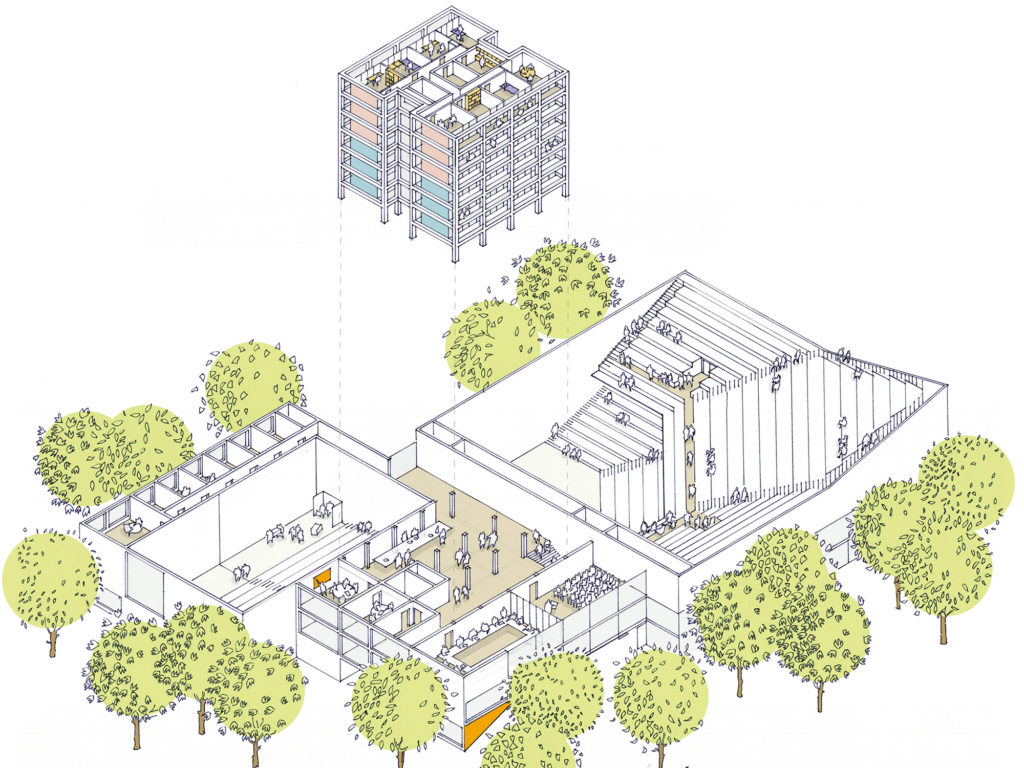 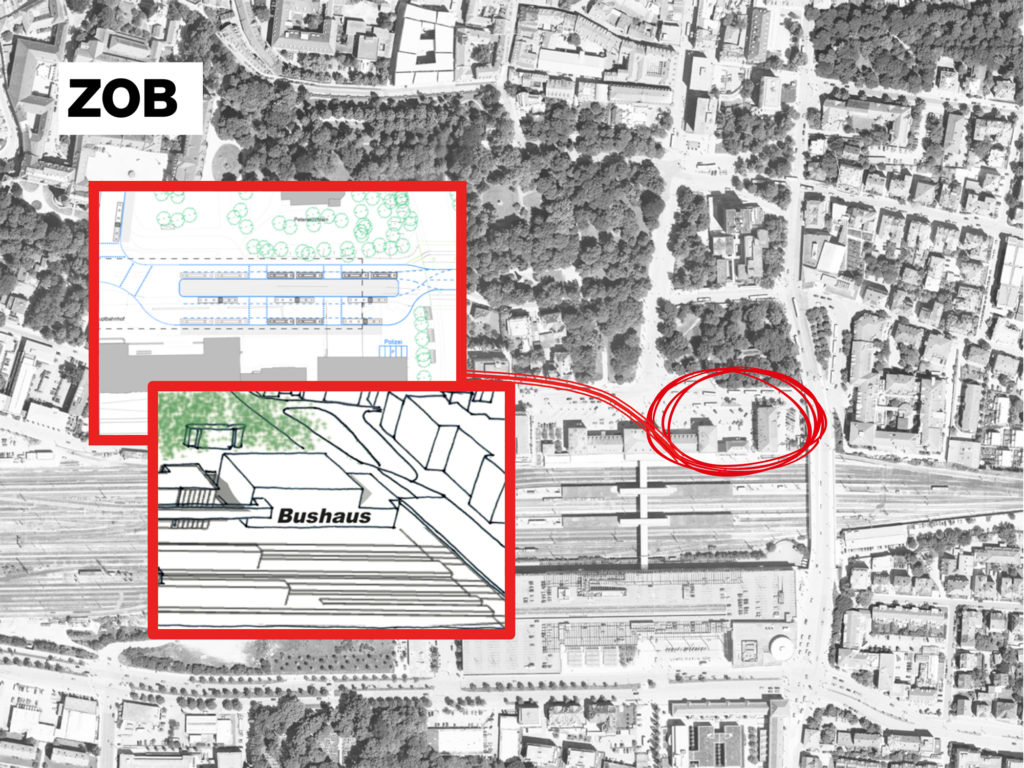 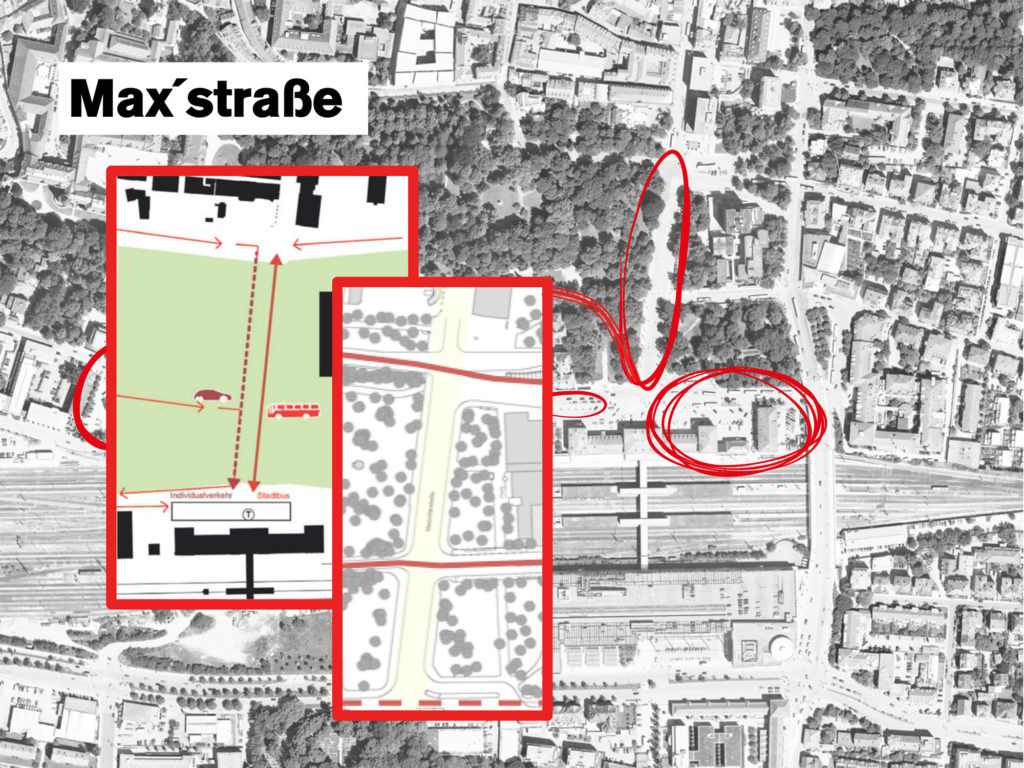 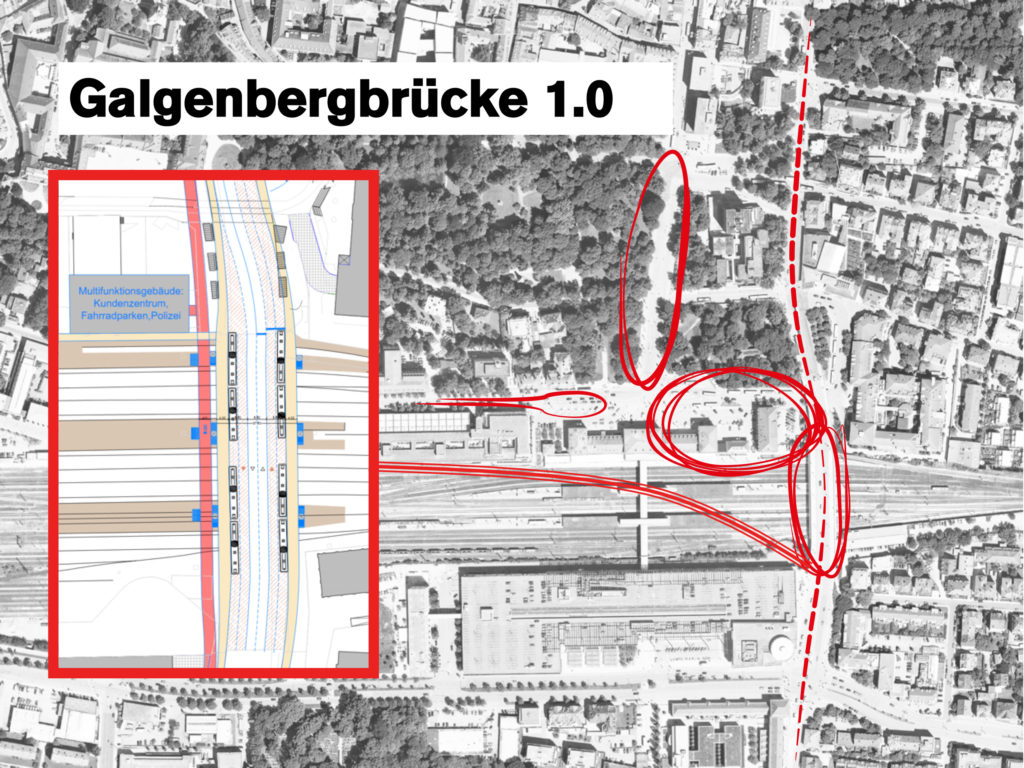 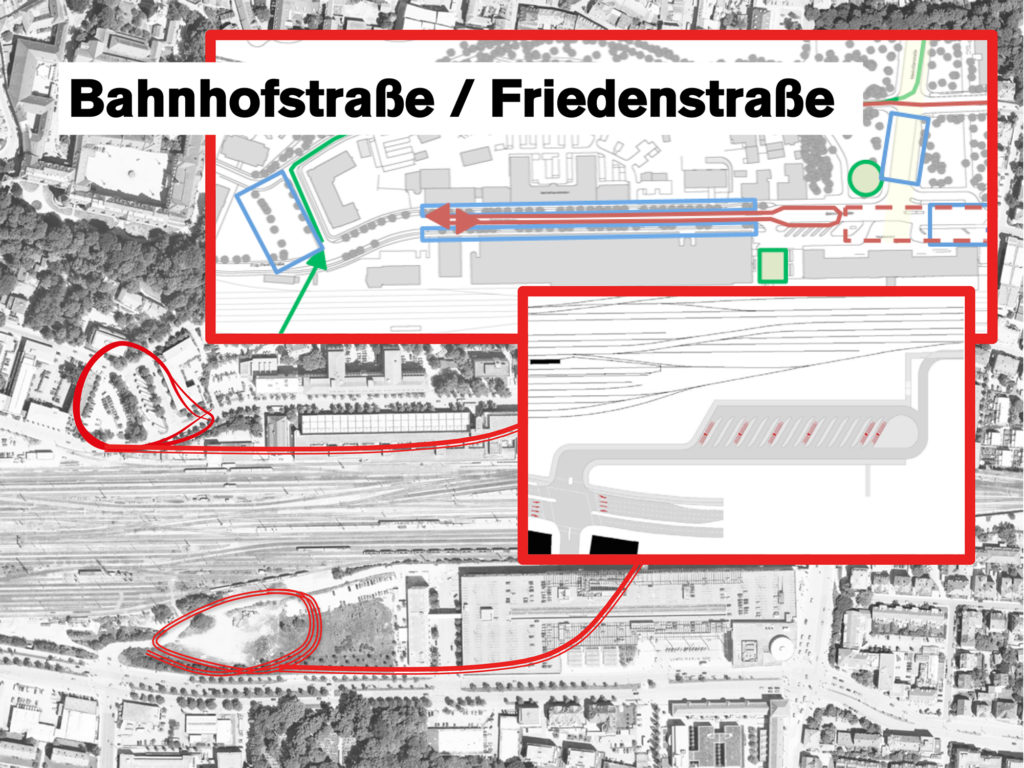 A new, efficient and sustainable central bus station (ZOB), a route for a higher quality public transport system (e.g. light rail) and the Regensburg Culture and Congress Centre (RKK) are to be built in the area between the main station and Regensburg’s old town. In addition, the public open spaces there need a redesign.
In 2017, the city of Regensburg set the course for a new beginning together with the citizens as well as interest groups and task bearers. Two planning teams from the fields of traffic planning, architecture, urban planning and landscape architecture supported the city.

We saw our task not in developing architectural designs, but content programmes that will serve as a basis for future architectural competitions.
In March and May 2017, two idea workshops lasting several days were held with over 1,500 participants. Citizens, clubs and associations discussed their ideas and suggestions with the planning teams, who then developed concrete ideas for a complex redesign. Next planning steps are based on the results of these workshops and the following citizen survey. After the traffic and open space concept has been refined, the city will announce the competition “ZOB and northern station surroundings”. The underground car park in the northern vicinity of the station turns into a separate project. The RKK concept needs a revision, before the city decides on an operator model.