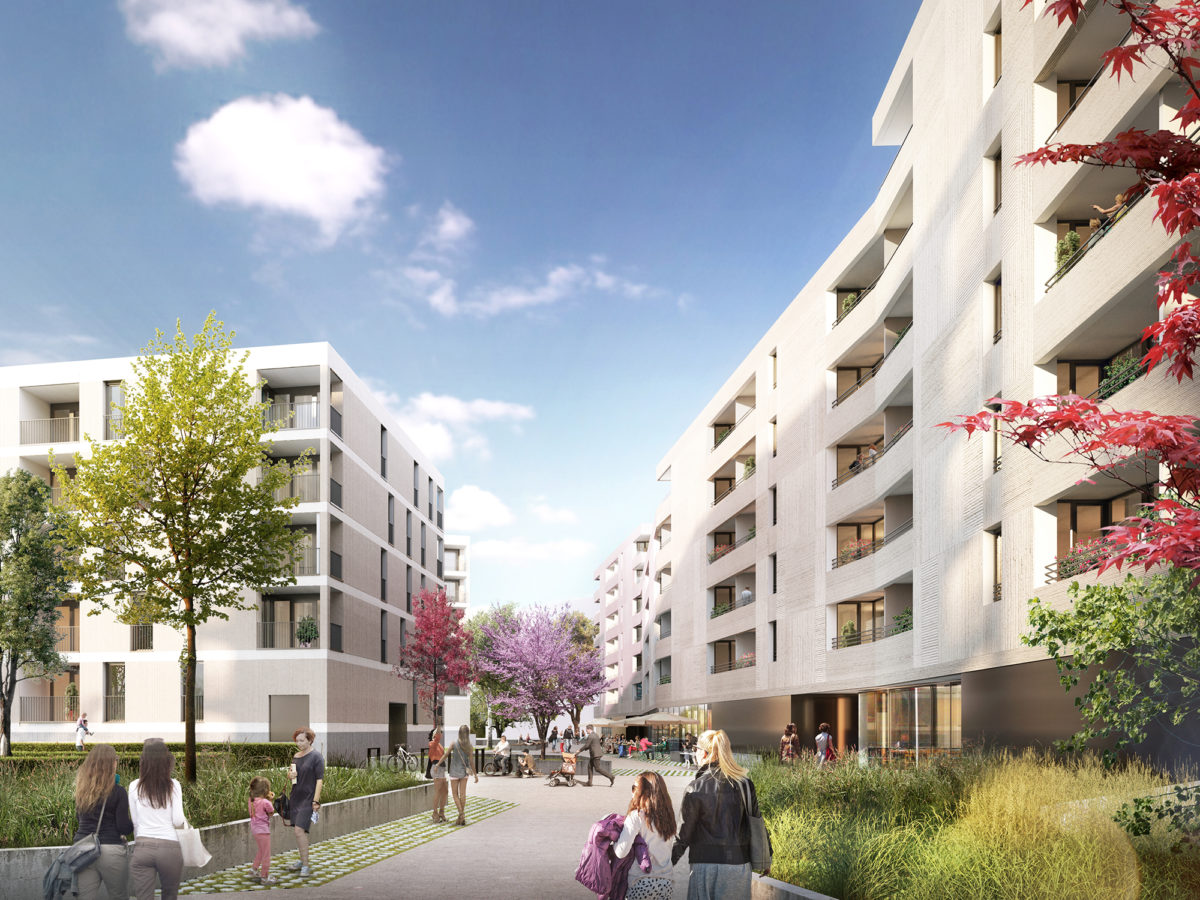 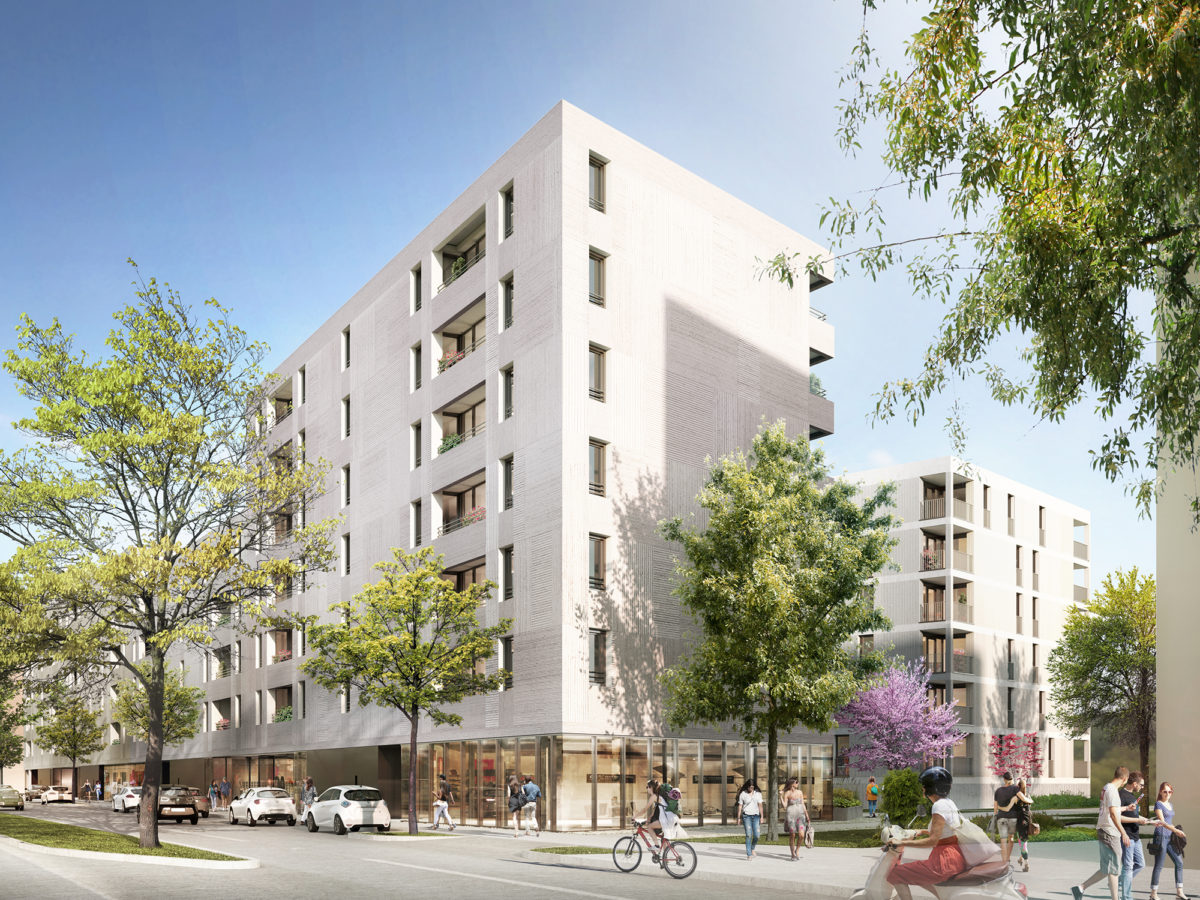 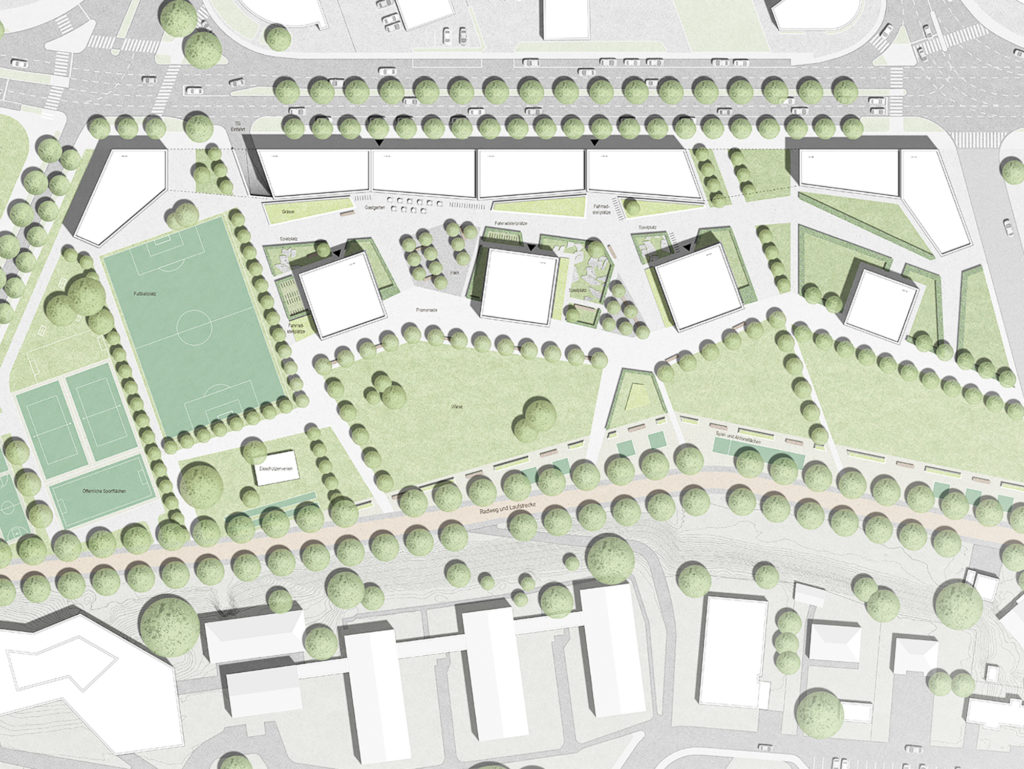 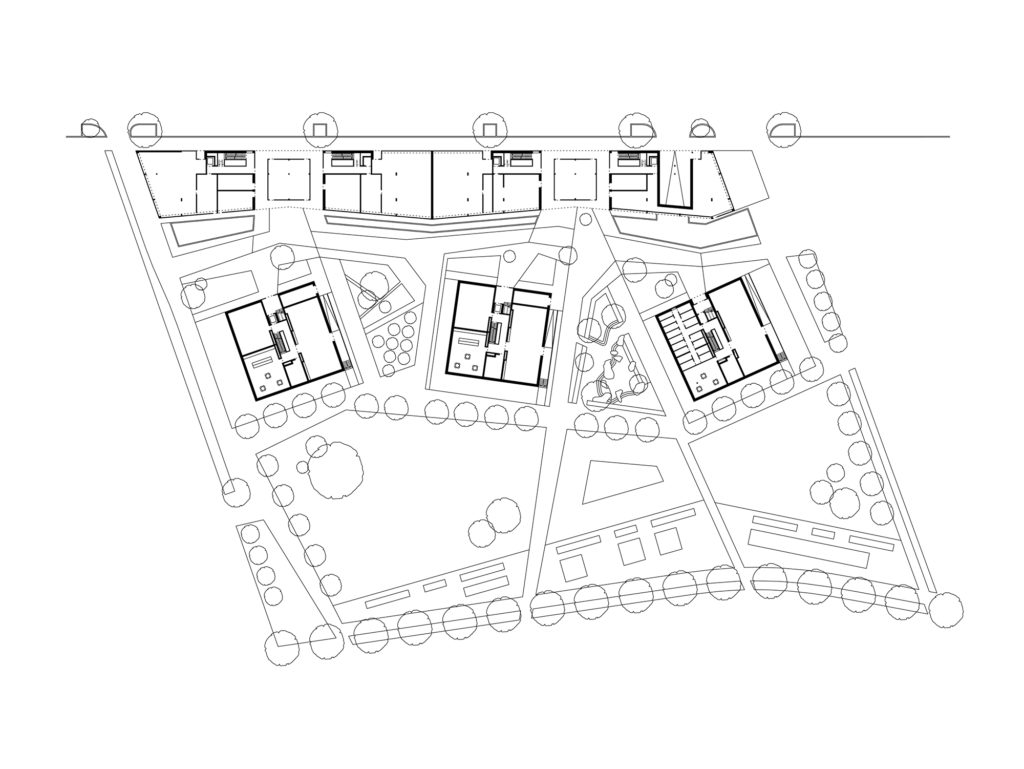 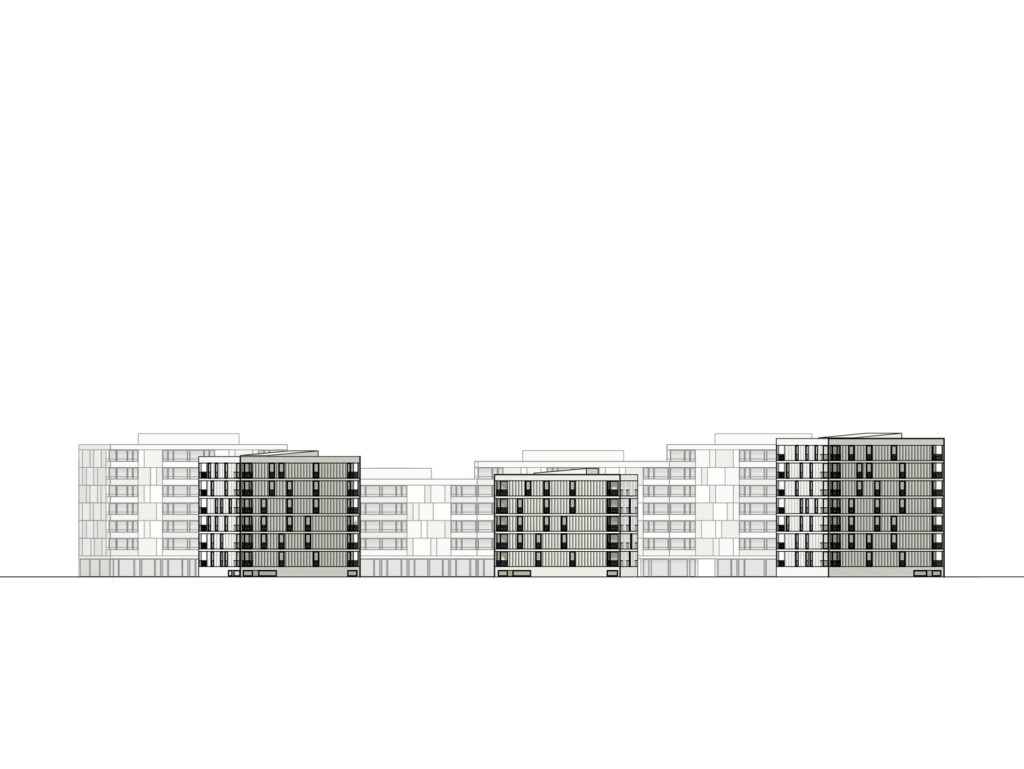 A long building protects the whole site from the nuisance of the street. Inside the islet, three pavilions of five, six and seven stories, offset in relation to each other, are built in a park occupying more than half of the total area of the plot. This provision – a front built on the street and the individual pavilions at the back – takes on the characteristics common to the heterogeneous urban form of this neighborhood.
The facades are freed from the opposite, the views are multiplied and the light is optimized to the maximum. The abundant vegetation reinforces the dialogue with the surrounding landscape. On the ground floor, common areas and apartments with terraces open onto the park. Inside the pavilions, the houses are accessible by a central staircase irrigated by natural light, while the circulations of the building on the street are aligned with the facade. Loggias and balconies offer the apartments an exterior extension towards the park while preserving the intimacy of the inhabitants.

Dietrich | Untertrifaller has won the urban development and realization competition in 2016. The urban concept convinced with a continuous residential development including commercial and infrastructure areas in Andechsstraße and the qualities of the green space design. “Through the elevation, materiality and location of loggias to the Andechsstrasse, for example, the closed front was transformed into a varied urban street space and an identifiable address was achieved. In terms of both urban development and architecture, the street side was revitalised and the Andechsstrasse was further developed using scale-compatible urban modules,” praised the jury.