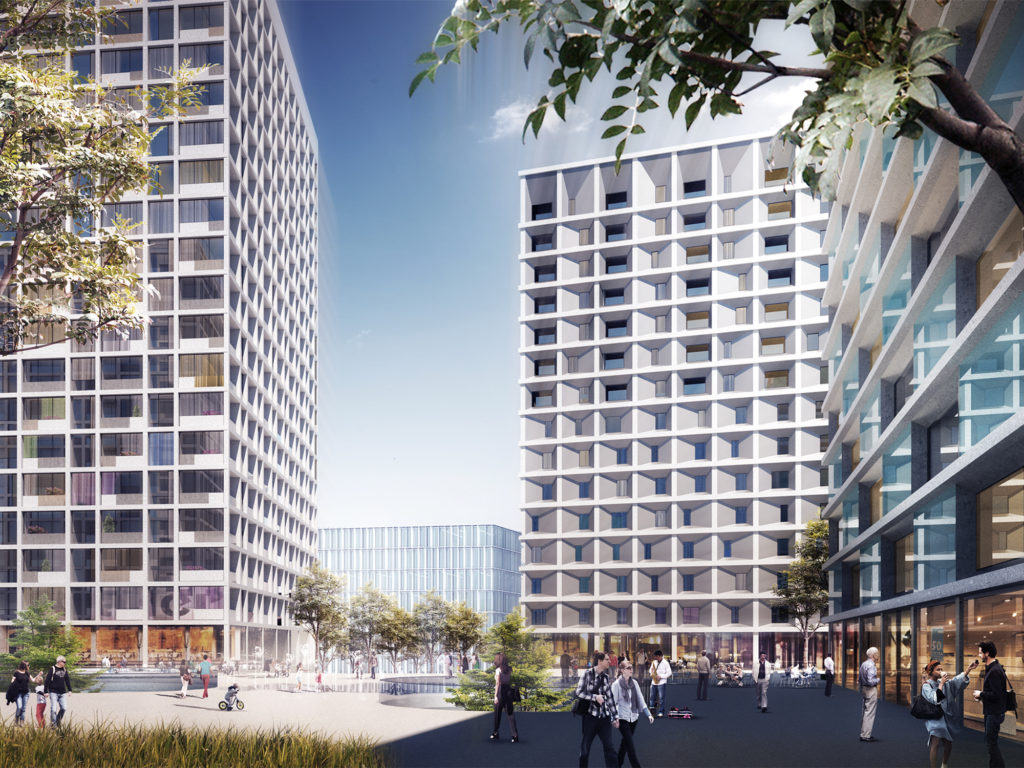 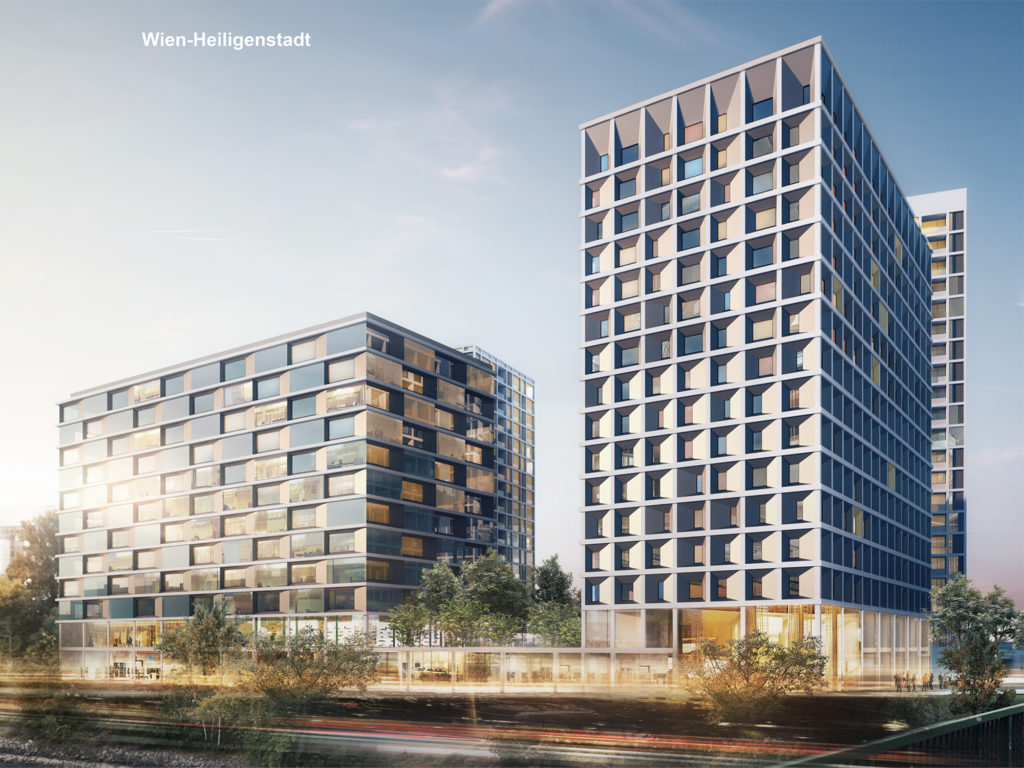 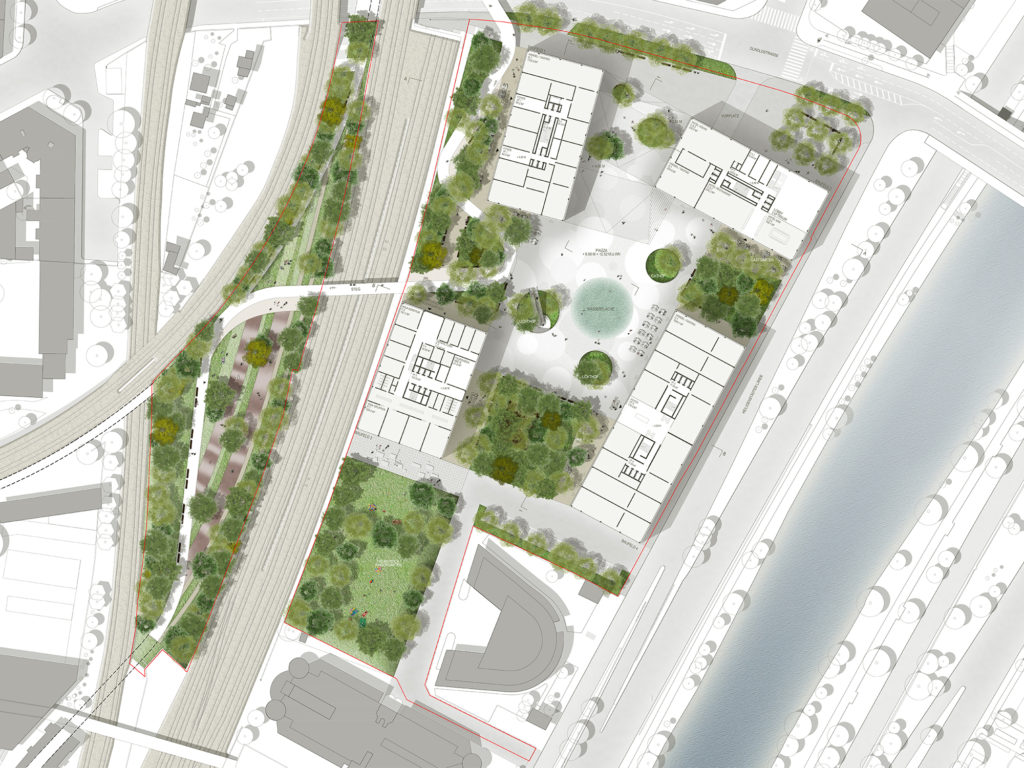 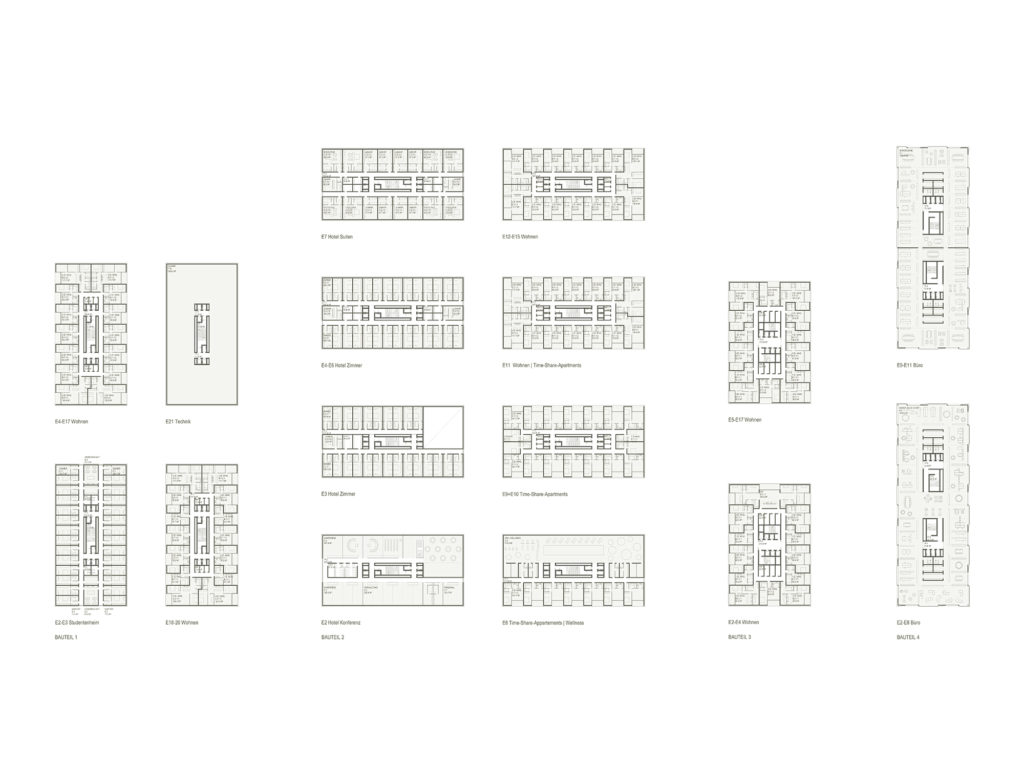 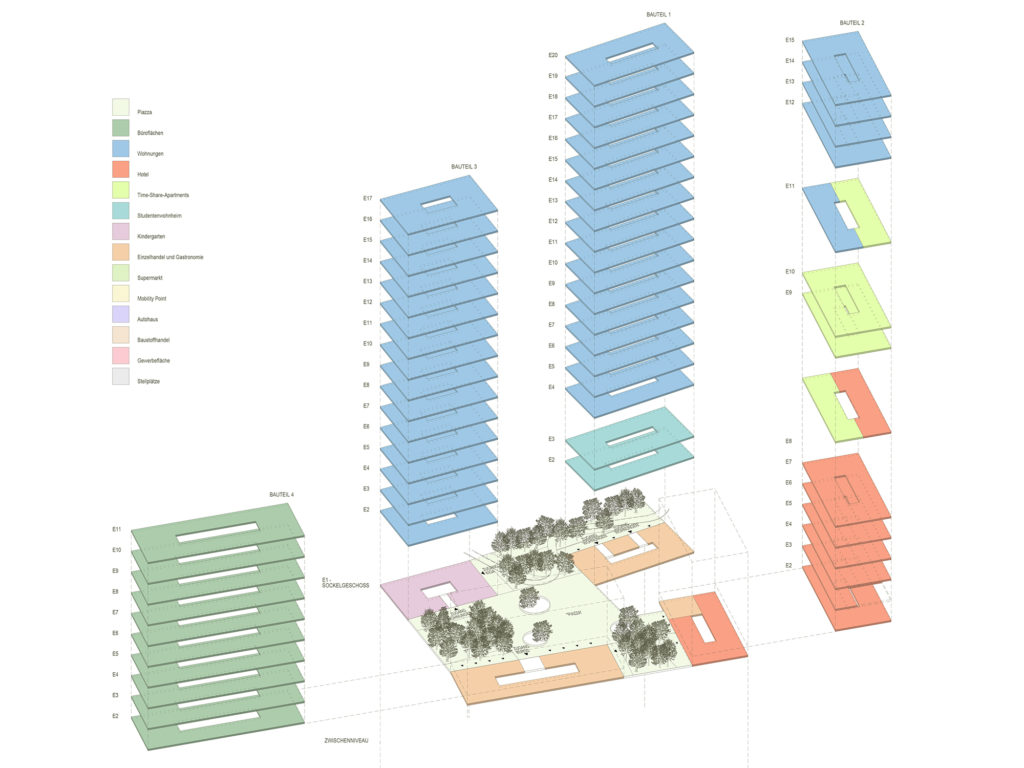 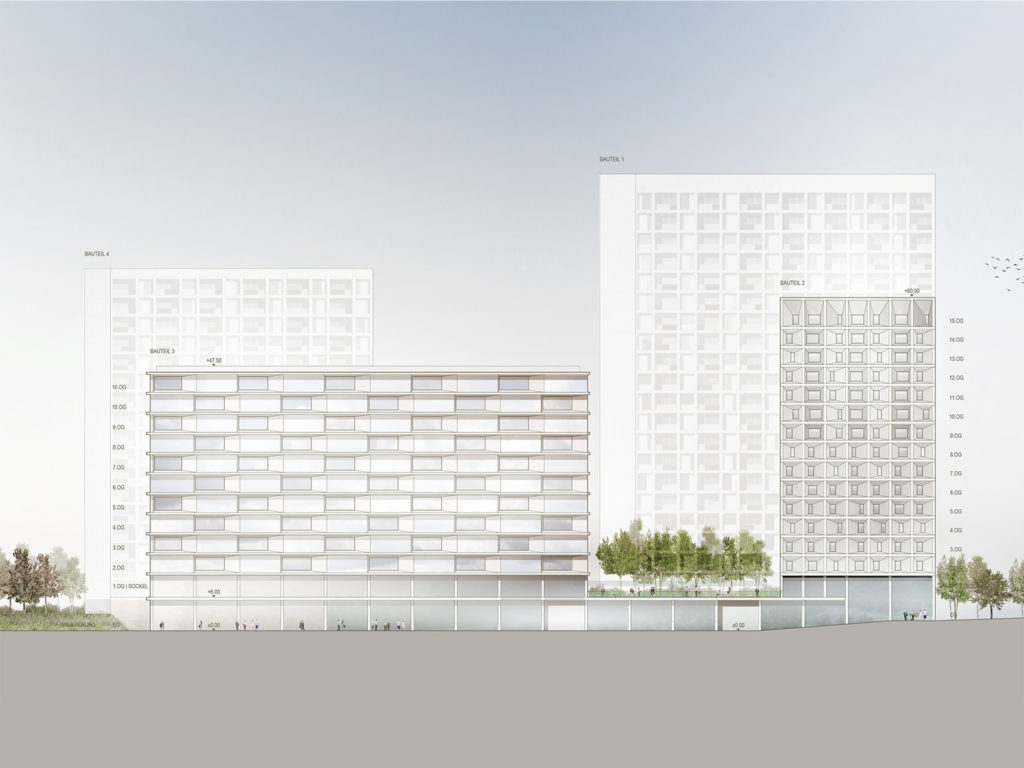 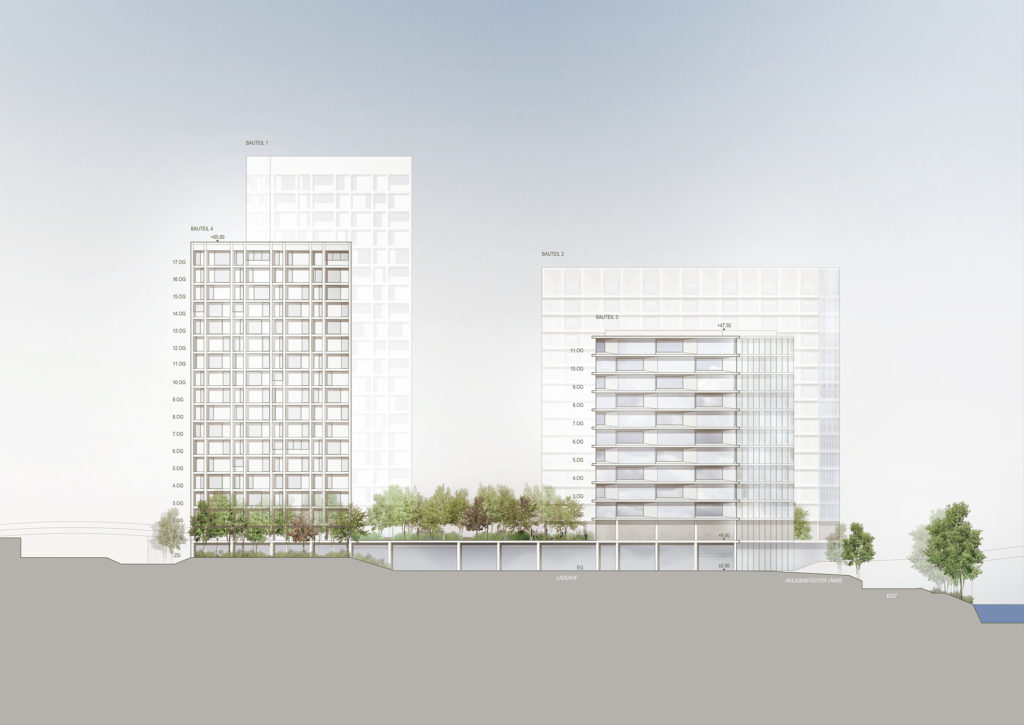 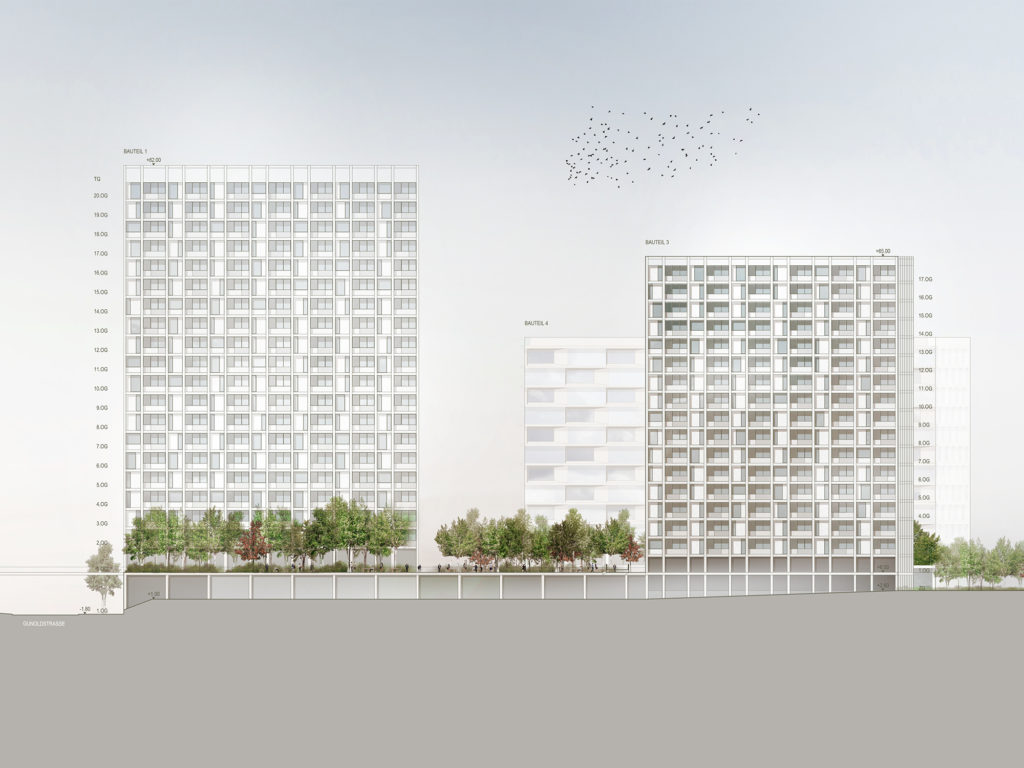 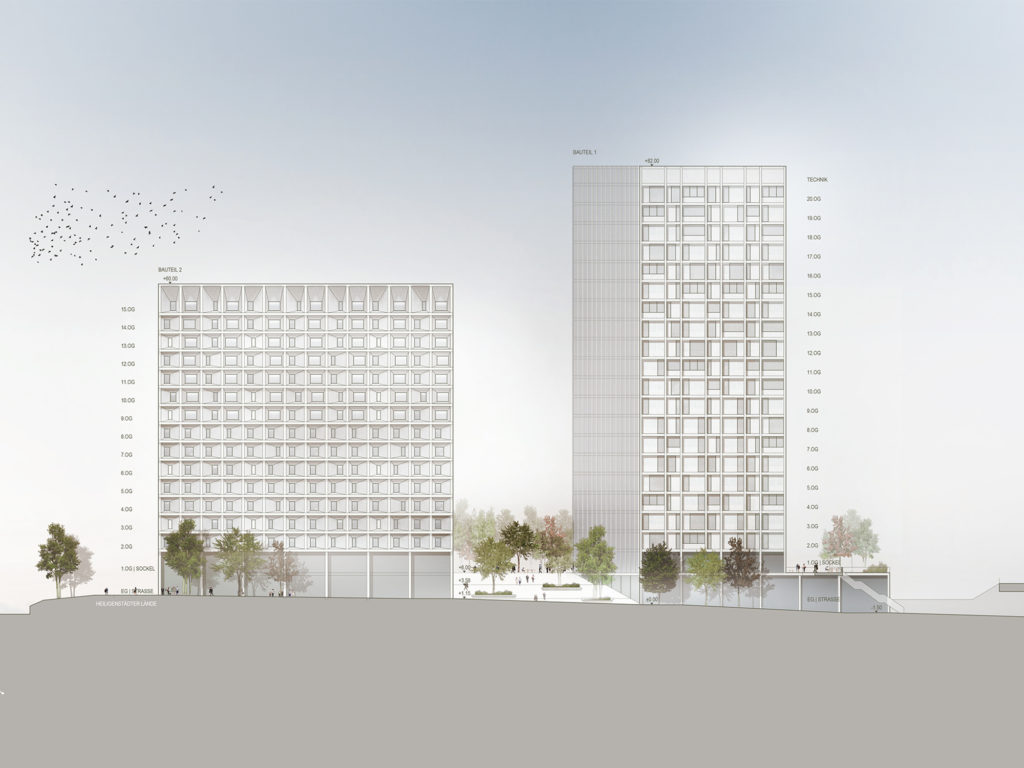 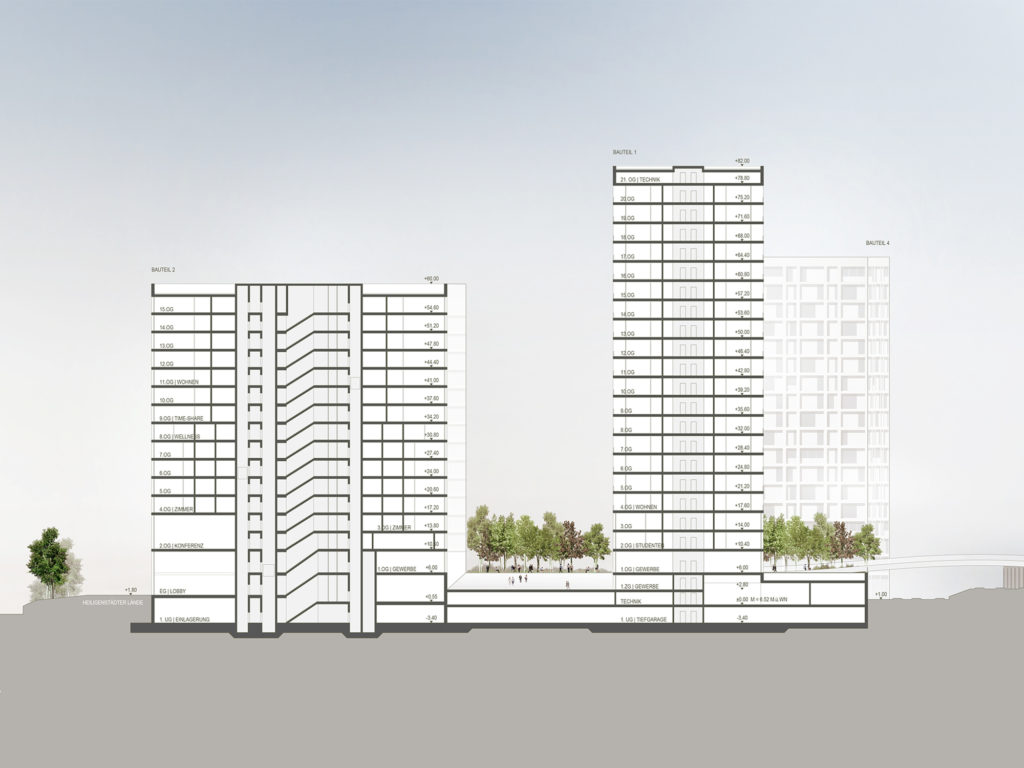 The structure of the Viennese suburb of Heiligenstadt – hitherto mainly industrial in character – is changing towards residential, office and service use. For the future development of this quarter, the City of Vienna determinded in 2014 the masterplan Muthgasse. The 26,000 m² southern area is the subject of this invited competition. The challenge lies primarily in the exposed location on the Danube canal, the poor traffic connections and the location on the directly adjacent railway line. The aim is to build a trendsetting, sustainable ensemble that creates space for living, working and communication in an innovative and economical way.

Dietrich | Untertrifaller has planned four towers of different heights, precisely placed on a common, polygonal plateau. The common base creates a clear separation between the busy city level and the attractive piazza, which forms the meeting point, protected lounge and central core of the distinctive, identity-creating ensemble. The recession from Gunoldstraße creates an urban forecourt for local suppliers, hotel and mobility point and an inviting entrance to the quarter. From there, an inclined square leads pedestrians and cyclists to the plateau – a completely traffic-free ‘island’ with a clear edge to the Danube canal. At the north-east corner of the quarter, a high-rise slab set almost parallel to the press house forms a striking gate situation for the 19th district.
The four rectangular high points with their access cores and centralized technical infrastructures allow variable room layout along the facades. The modular system guarantees a flexible, use-neutral and space-optimized layout organization. The reinforced concrete skeleton structures have economic spans and high-quality storey heights and ensure natural lighting and ventilation. All facades have a modular, differently deep structure that also acts as a windbreaker and serves for self-shading. The mullion-transom construction is clad with different panels and, in combination with the glazing, can meet any desired energy standard.
Two entrances and exits into the underground car park at the intersection of Muthgasse / Gunoldstrasse and at the Danube Canal offer an optimal connection without detours in all directions. The common piazza on the plateau opens up the neighbourhood for pedestrians and cyclists and links it with the superordinate network of paths.