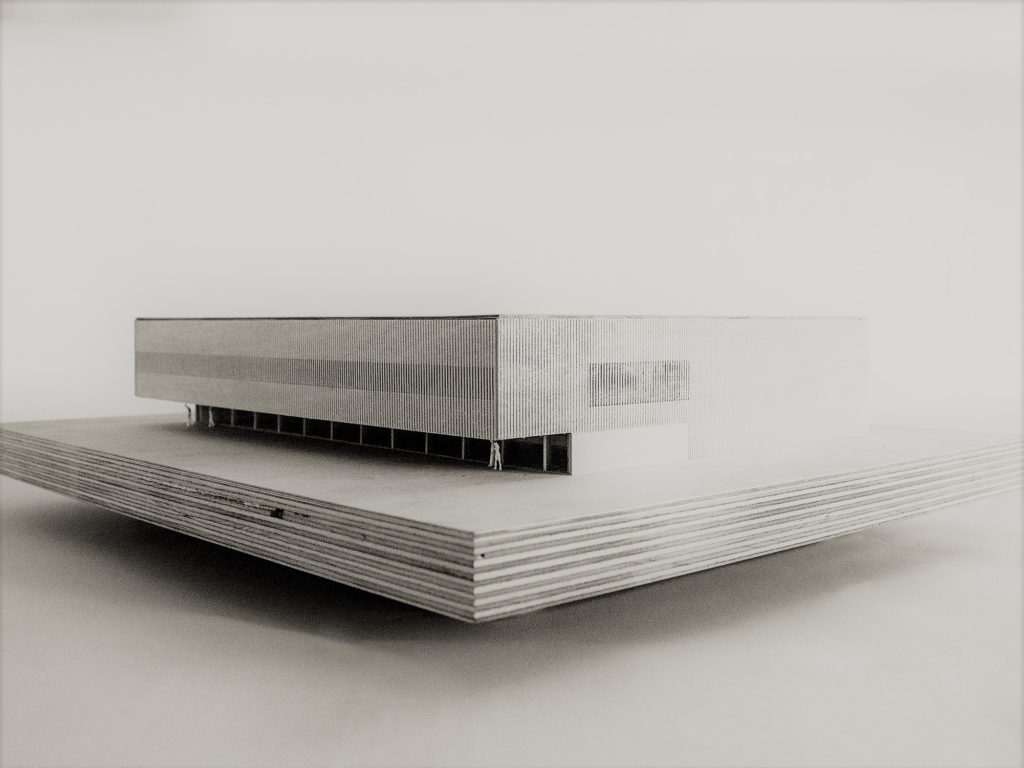 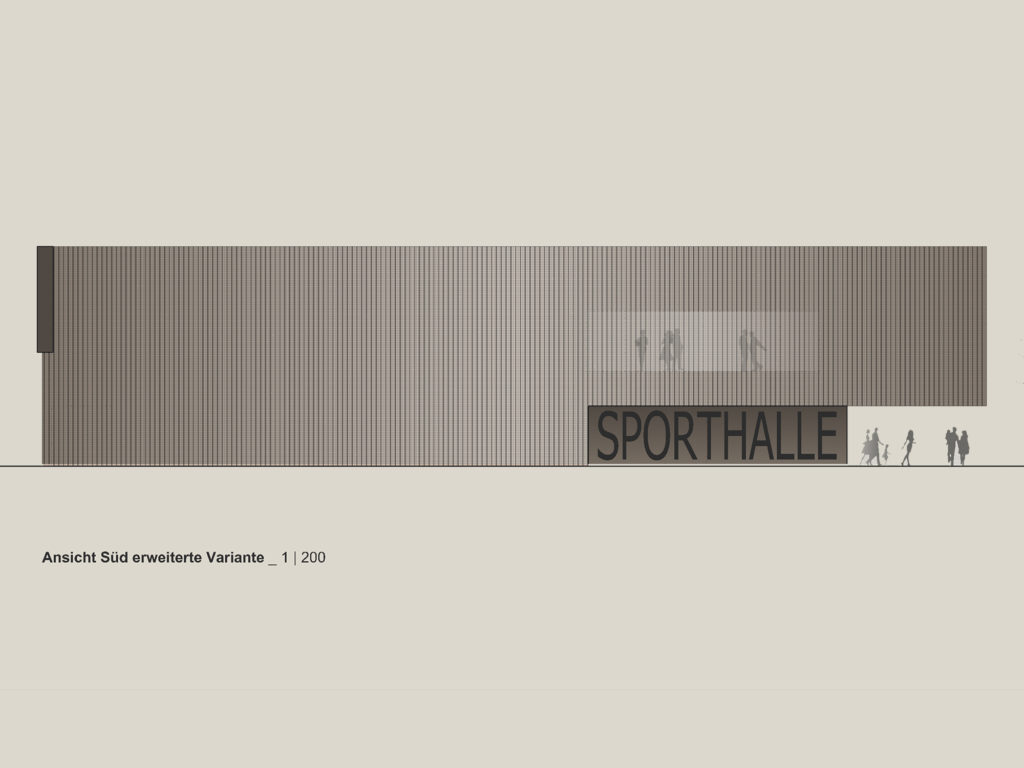 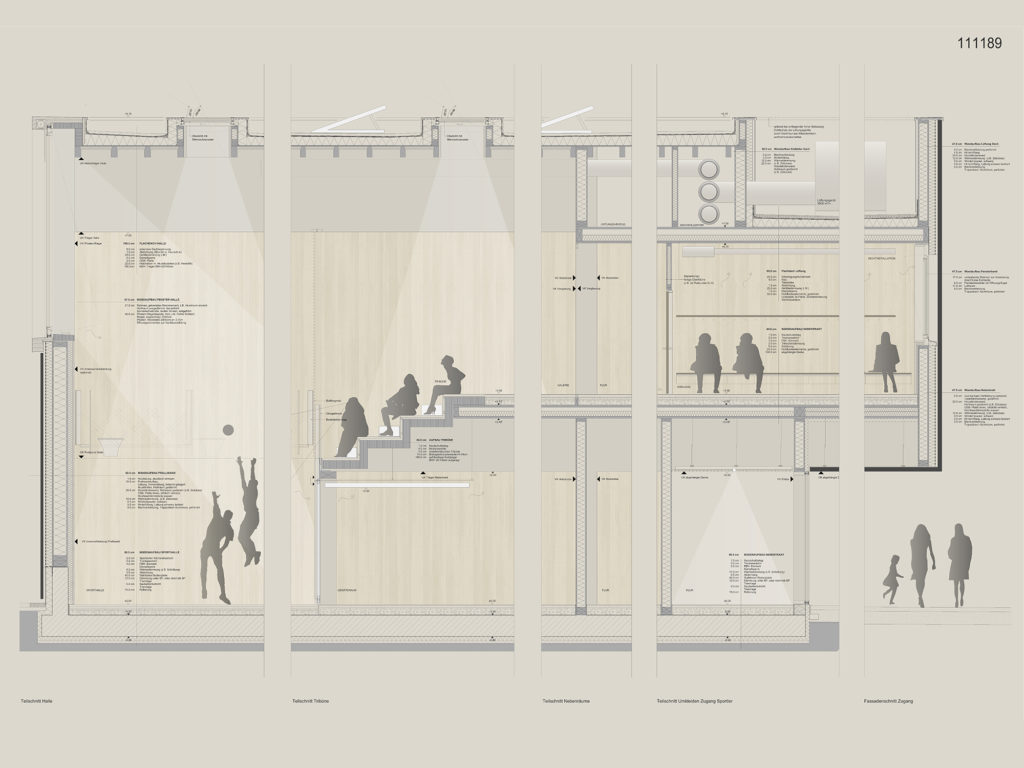 Ex aequo with Scholl Architects, Stuttgart, Dietrich | Untertrifaller won the restricted realization competition. “No elaborate gesture, no design experiment. But: a clear and robust building structure for the task of designing a type hall for the most diverse contexts in Berlin’s urban space,” stated the jury. The subject of the competition was the design and development of a triple-spaced sports hall, which can be built quickly, economically and sustainably due to its high degree of prefabrication and its modular construction.
The compact volume of the three-field sports hall occupies as little space as possible and keeps a maximum of outdoor areas free. The orientation is variable – thanks to an optimized supply of daylight, highly effective shading and a clear entrance gesture. Unobstructed sports operation and intuitive visitor guidance are guaranteed in every configuration. Two element connect the building with the urban context: the large hall window, which allows views from in- and from outside, and the generous invitation gesture of the covered entrance area. Although designed as a freestanding body, it can be easily connected to existing buildings.
The building is divided into two functional areas – the single-story hall and the two-story access and ancillary room wing, attached to the long side. Here you will find the necessary changing and wet rooms, the multipurpose room and the grandstands. The two separate stairwells on the front sides allow the multi-purpose room to be isolated. The technology story is arranged in a depression in the roof surface above the functional bolt and is therefore not visible from the outside.
The choice of materials supports the sober, functional appearance of the building. The interior of the hall is designed with simple and robust wooden elements. The timber structure remains visible. The individual functional areas are defined by a monochrome color scheme for floors and walls. The façade is pulled over the house like a piece of clothing and supports the adaptability of the building. Shown in the basic version as perforated and anodized aluminium meander plate, it can also be designed with vertical wooden slats, facing brickwork (possibly demolition bricks) or panel material (e.g. Eternit).
The supporting structure of the sports hall is planned as a completely prefabricated wooden construction on a reinforced concrete slab. The consistent prefabrication allows the construction time to be kept to an absolute minimum. All windows have effective sun protection – the large hall window with a textile screen, at the side of the hall and along the changing rooms through the perforated curtain wall. The entire building is planned with the low-energy house standard according to the EU directive 2020 and the passive house standard.