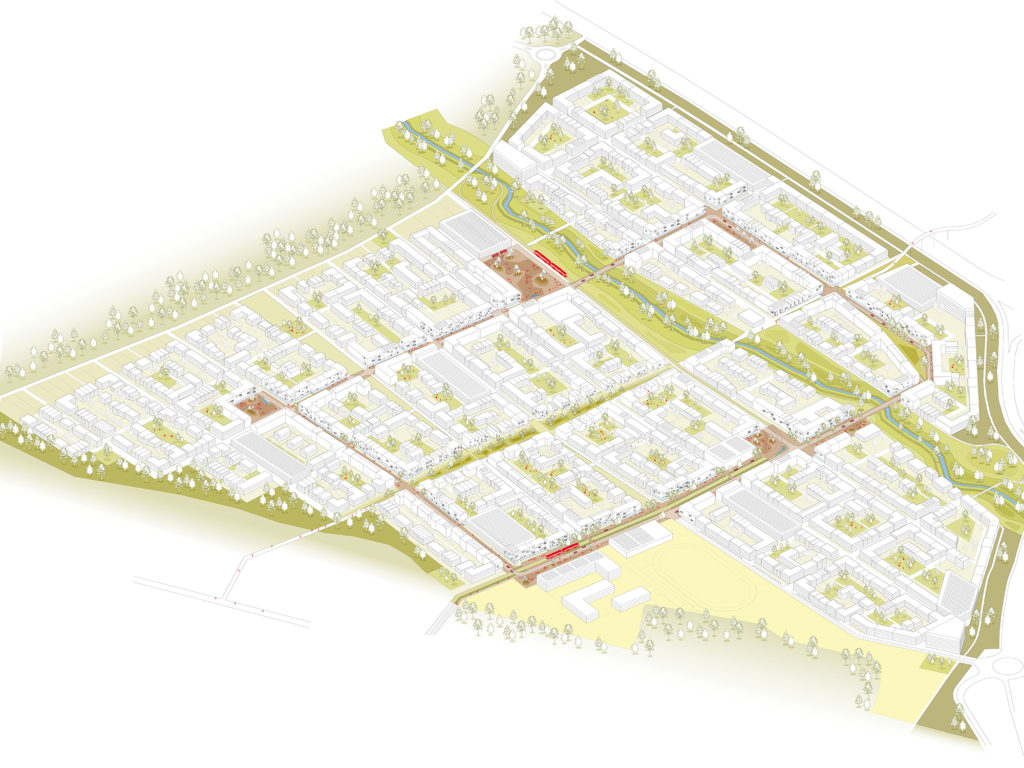 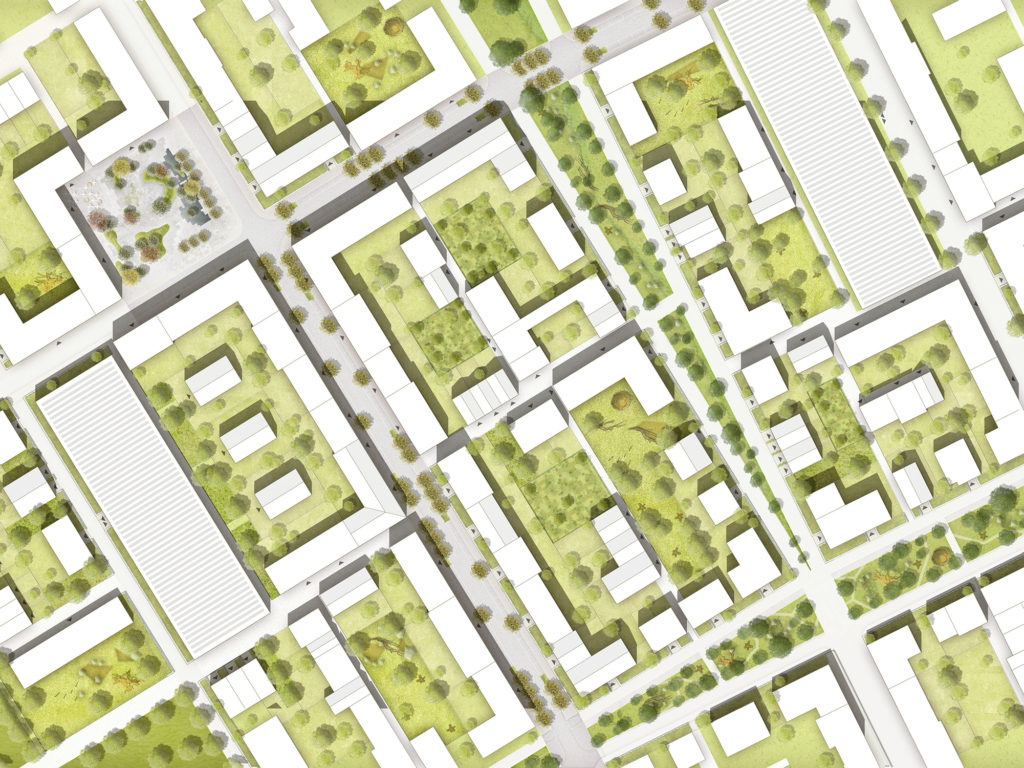 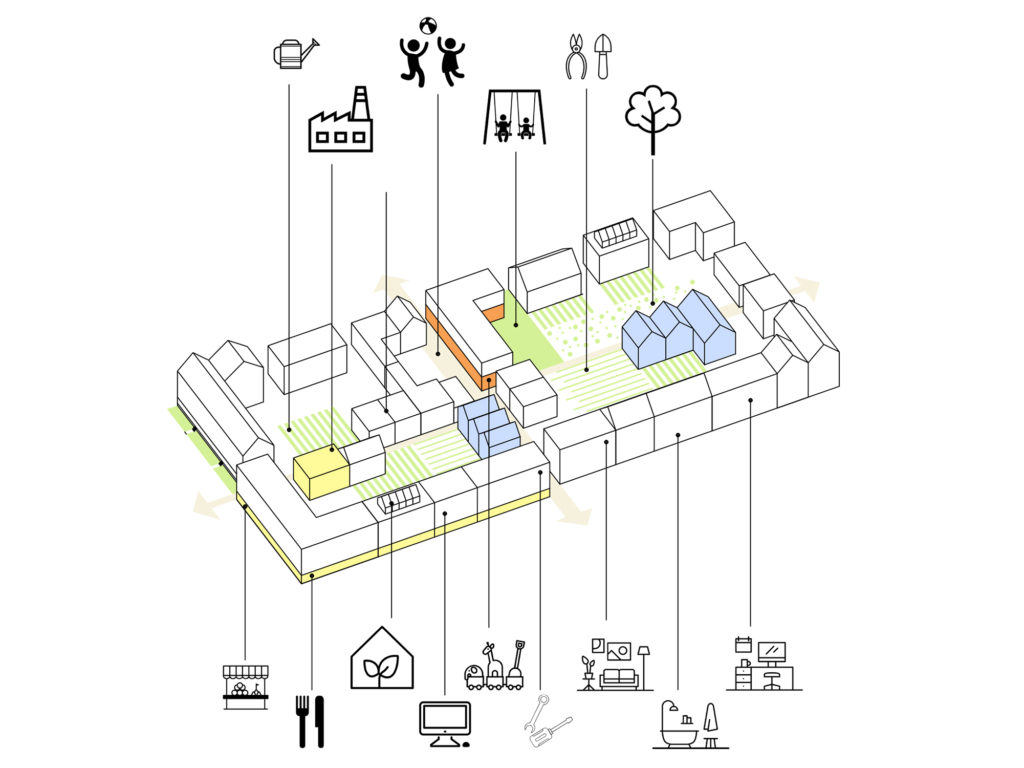 Dietenbach is one of the largest areas for residential construction currently being developed in Germany. What should Freiburg’s new quarter look like? In order to clarify this question, the city has announced an urban planning competition in which 28 offices from Germany and abroad took part. “That was,” says Franz Pesch, city planner and chairman of the jury, “the Champions League of urban planning.”
Dietrich | Untertrifaller’s urban development concept for the Dietenbach quarter rests on two pillars: a dense public access network and a small-scale parcelling of the building land. A network of public roads and residential streets overlaps the road network of the block edges. Public open spaces, tenant gardens and pocket parks inside the block create attractive, lively meeting places for the approximately 500 inhabitants of a block. Overall, the new quarter consists of 30 blocks, whose south-west / south-east orientation ensures intensive exposure to sunlight for all apartments.
The basic structural module of the new Dietenbach quarter is a 100m x 200m block, which integrates the most diverse forms of use and living, building types and structural densities. The typological diversity of its building structure guarantees the desirable social diversity of its inhabitants: families and singles, children, young and old, locals and immigrants live here. Urban artisans, self-employed and service providers work here. Together, they form a stable, self-regulating social structure consisting of diverse responsibilities, life cycles and local references. On the outside, the block edge generates a hierarchy of characteristic street spaces. Its number of floors, graduated house sizes and façade recesses as well as the residential and commercial use on the ground floor create a variety of urban atmospheres.
Five neighborhoods, each consisting of six blocks, form the Dietenbach quarter. The centre of each neighbourhood is an urban square where communal facilities are concentrated and where space for markets and parties is available. An urban boulevard ring, the „Dietenbacher loop“, connects all five neighborhoods. Along the loop, the edge of the block is given its 5-storey, urban “front”. All urban functions, social infrastructure and commercial and transport facilities are seen here as active building blocks of a lively city of the future.
The “Red Mile”, the urban space in the northwestern section, is given its characteristic theme as an attractive shopping street. Centrally located in the neighbourhood, a large, natural park – the “Green Ellipse” – offers recreation by staying outdoors, meeting, going for a walk or riding the bike. The wide “Blue Boulevard” makes “learning”, “sport” and “cultural life” visible in the street space through the transparent facades of the school, sports hall and cultural centre. Cafés, restaurants, shops and businesses on the ground floor of the block edges invite people to stroll and stay.