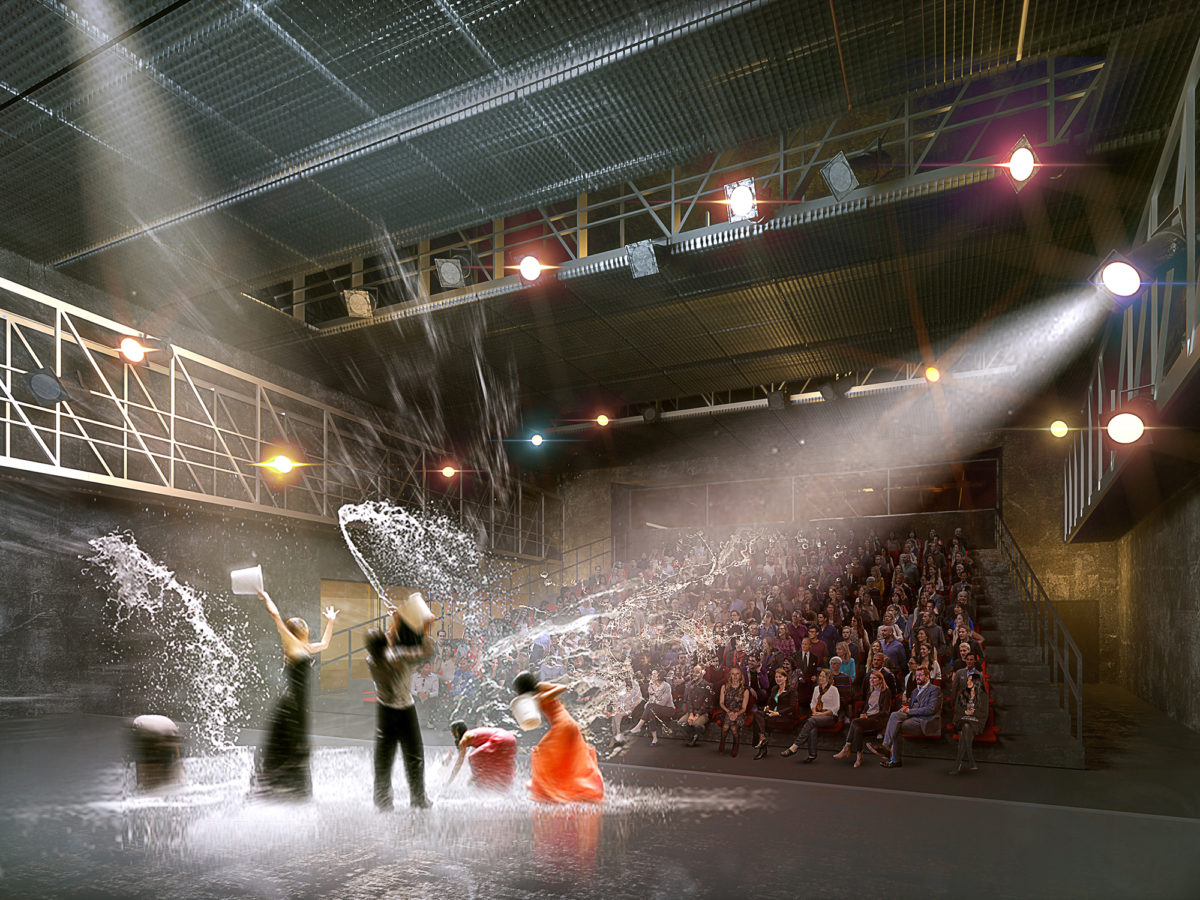 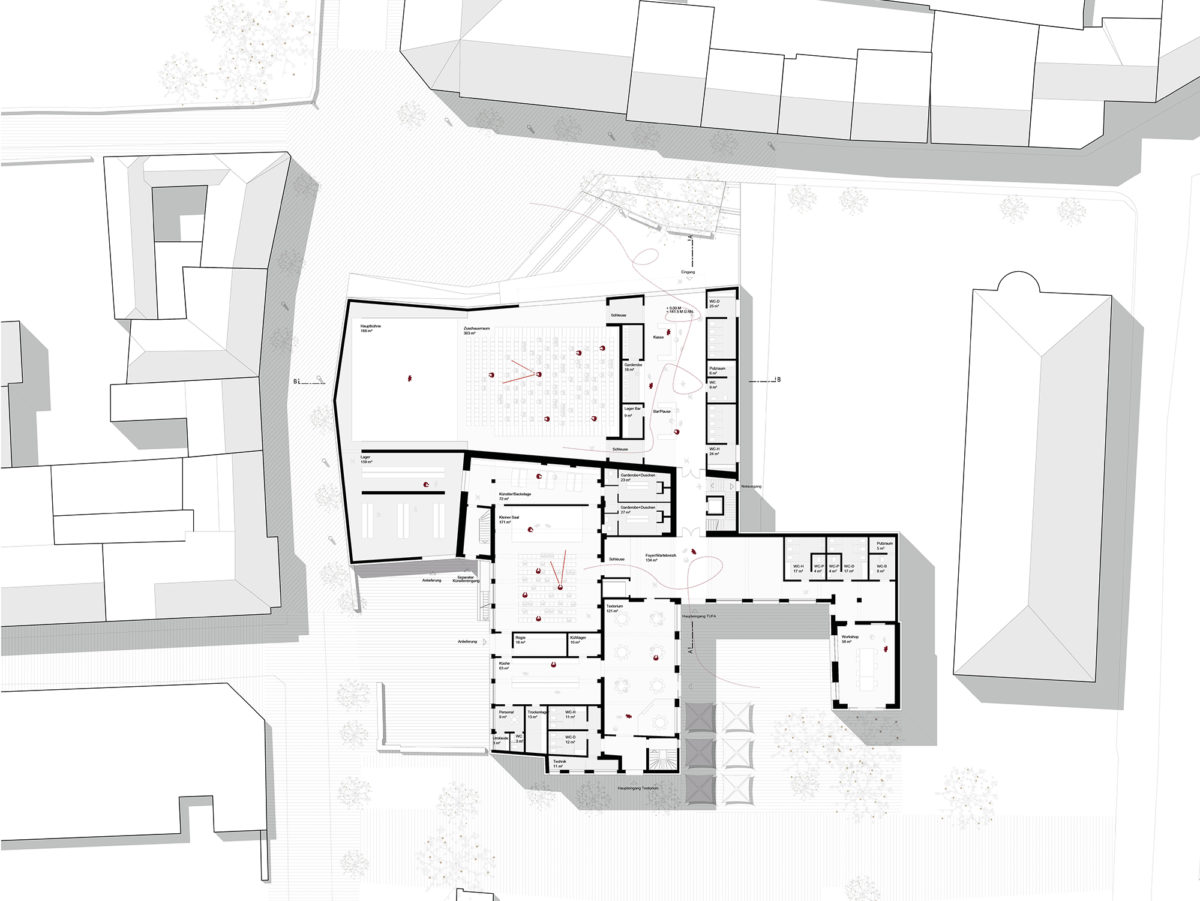 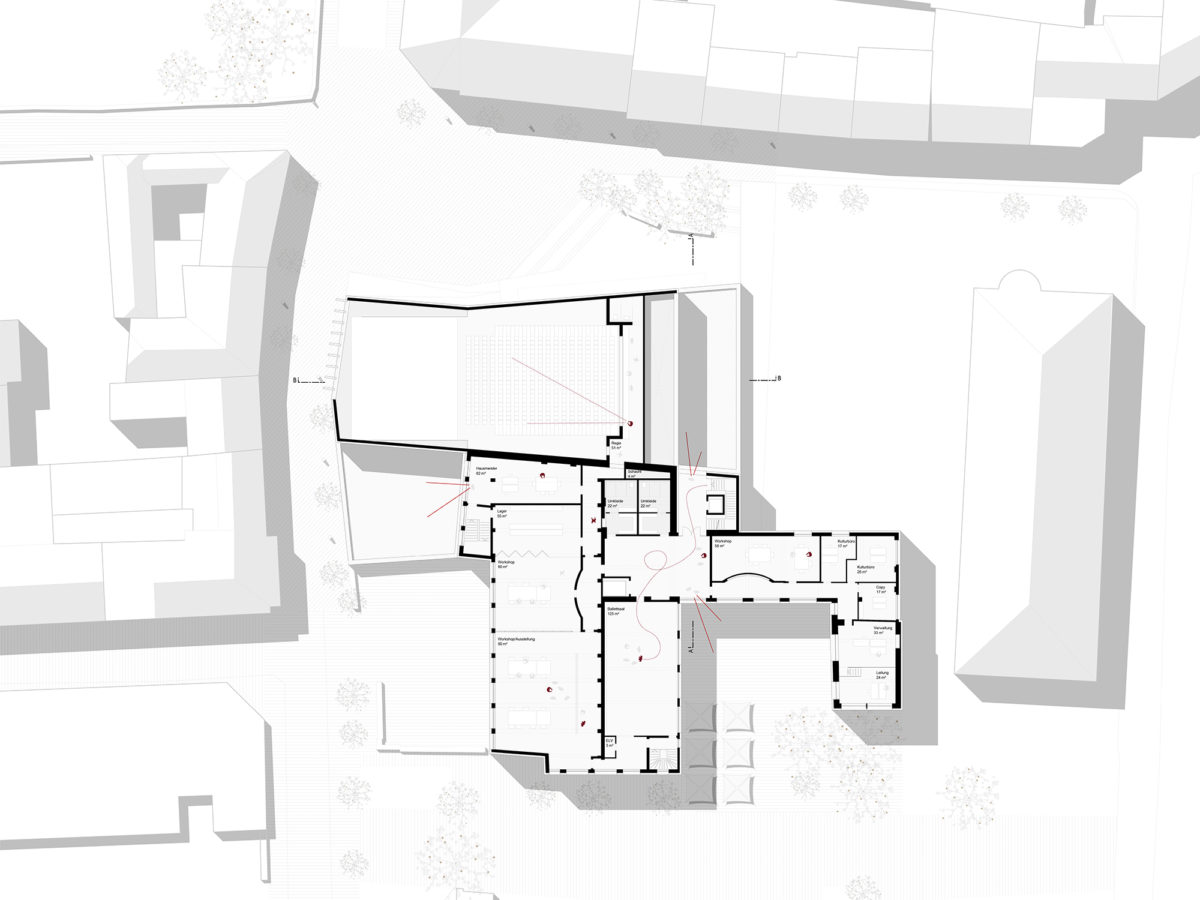 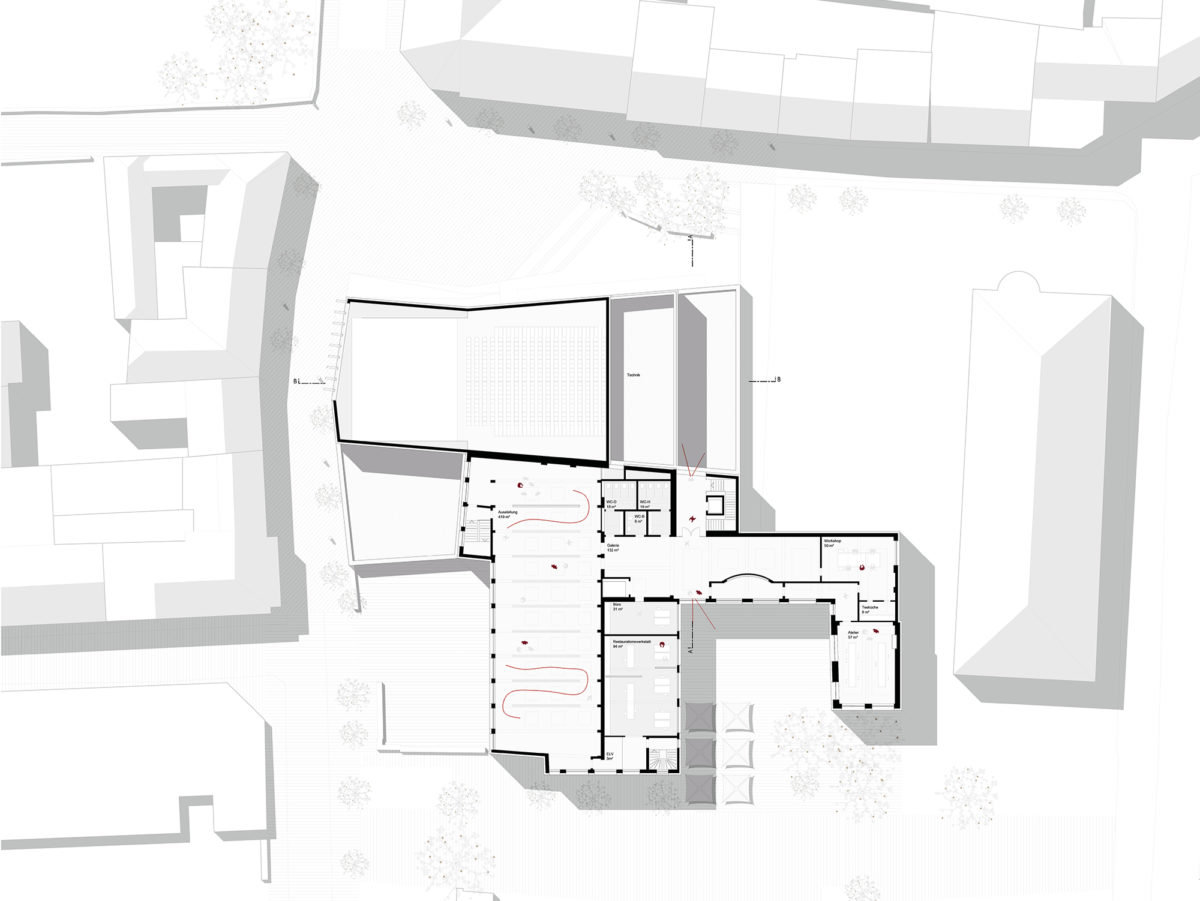 The former cloth factory TuFa is an integral part of Trier’s cultural landscape. Numerous associations and initiatives have been using this space for almost 35 years and have turned it into a very special place over the years. This grown structure will now be extended by an event hall. During the renovation of the Trier Theatre, the ensemble will use the new TuFa building as an interim venue. The new building will thus have to meet the requirements of a classical theatre, but also be flexible enough for later use by the TuFa’s clubs. Old and new, tradition and innovation, high culture and subculture – the desire to combine the two into a single unit while still allowing each part to retain its independence determines the central idea of our design.

The location of the TuFa at the transition between the historical old town and the loose development with individual solitary buildings requires a sensitive integration, but also a self-confident, representative addressing. We have split the lengths of the large new volume by means of bends and different heights. The angle and position of the bends develop from the geometry of the existing building, are mirrored or shifted in parallel. A piazza with generous steps at the corner of Gervasiusstrasse/ Wechselstrasse welcomes visitors and leads them to the polygonal front area of the interim entrance. The main entrance remains at the rear of the building and is highlighted by the entrance square.

In the interim period, the new event hall will be used jointly by the Trier Theatre and TuFa. After the refurbishment of the existing building, a few wall openings will turn two separately functioning buildings into one.
Once the Trier Theatre has moved back to its original location, the new event hall “belongs” to the TuFa. The entrance at the piazza will remain and become the “gate to the city”. Thanks to the new staircase, the foyers of the new building and the existing building can be separated or connected. This internal road opens up all uses of the TuFa 2025 (large event hall, small hall, textorium, access to the workshop rooms) and improves orientation for the users. This also allows to use the rooms flexibly and to hold several events simultaneously.
Interventions in the existing building stock are kept to a minimum. The aim is a clearer, more functional and more spacious design. After the refurbishment, the existing building will house the backstage and cloakroom area and the converted “Small Hall”. Both halls directly adjoin the storage and delivery areas of the new building. The eastern part of the reduced hall turns into the kitchen for the Textorium. The dining room will remain in its present location and continue to face the inner courtyard.

The TuFa 2025 forms a homogeneous building ensemble, united by structure and colour. Vertically structured plaster accentuates the brick façade of the existing building. The new building is clad with a ventilated construction of anodised standing seam sheet metal – a nostalgic reference to the existing theatre in Trier. The building opens up by sliding, flapping or lifting the façade shell, allowing views, light or information behind it and thus interacting with the surroundings.