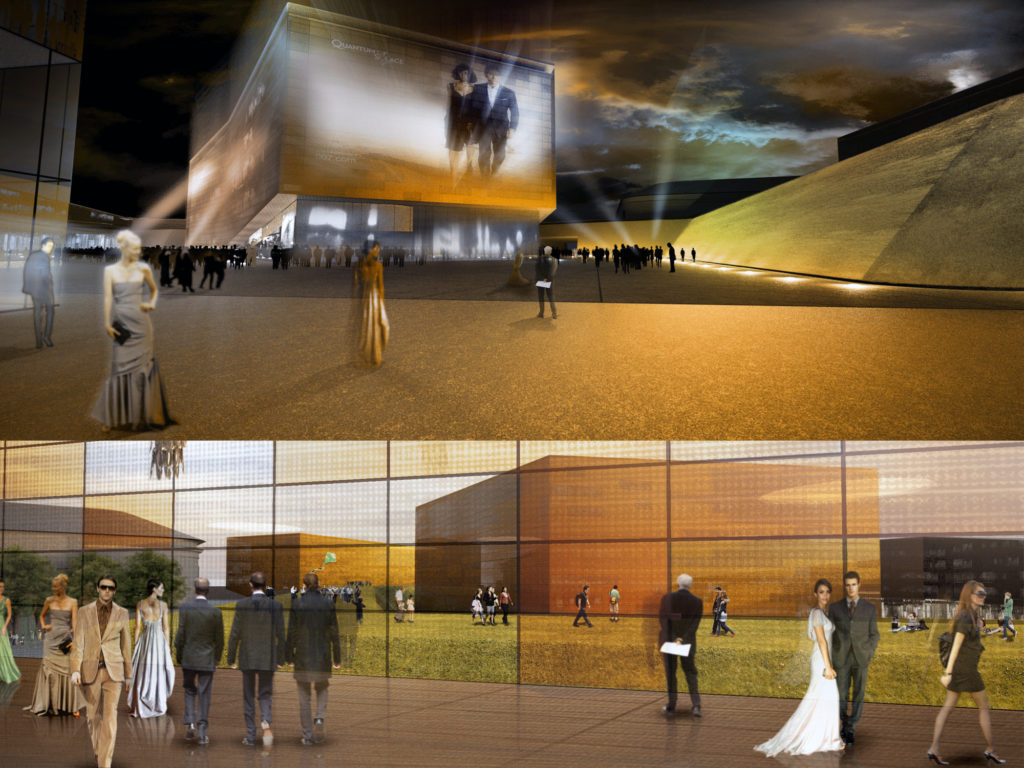 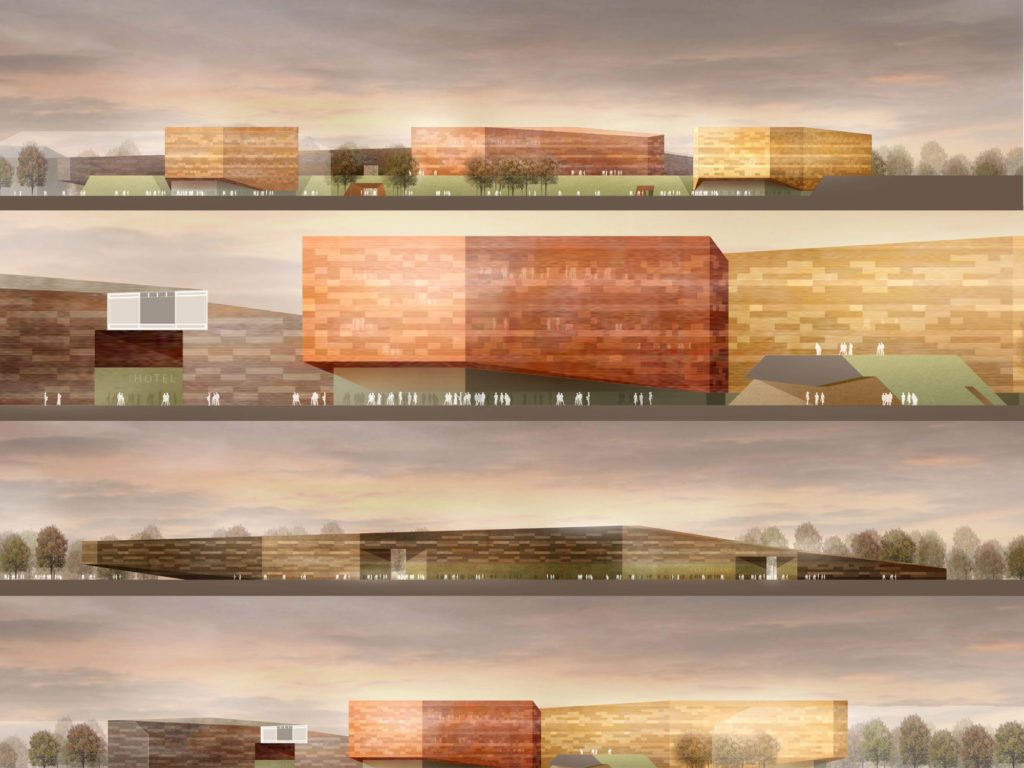 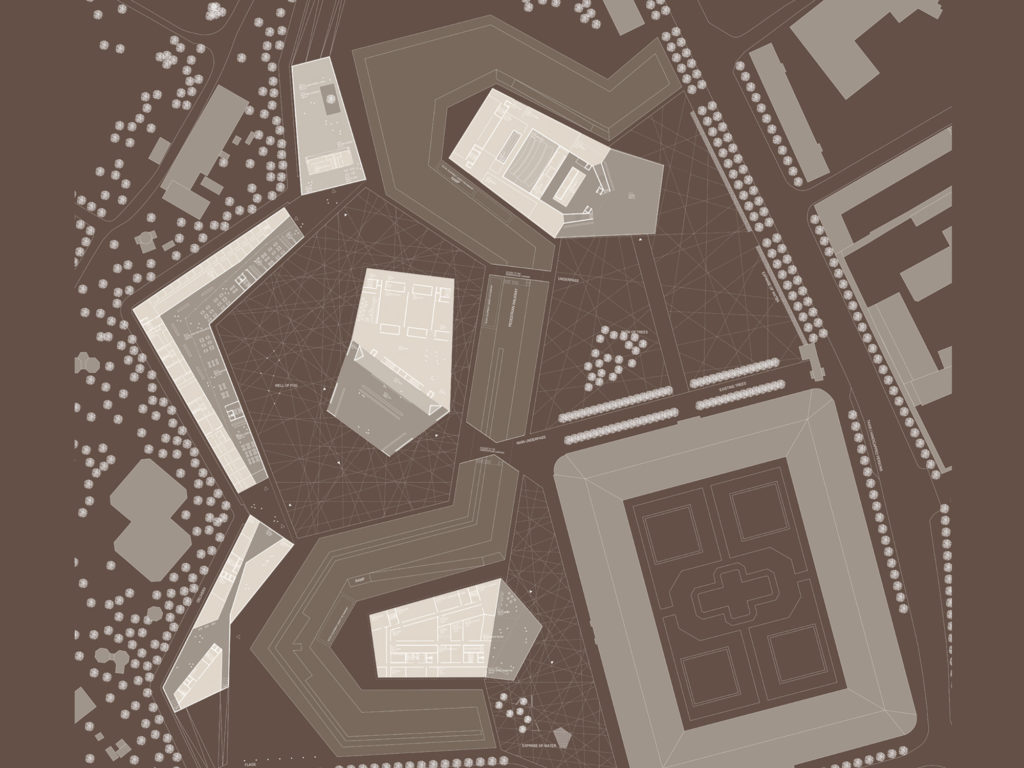 The design for the Culture Arsenal in Kiev is based on a campus-like composition that dissolves the boundaries between interior and exterior, seclusion and openness. This spatial hybrid ties in with the history of Kiyv’s Fortress and represents a new level of urban development and landscape architecture.
The design positions three solitaires containing the most important public functions into three existing niches formed by the ramparts. All other functions are accommodated in a folded structure in the west, framing the solitaires and establishing a connection with the surrounding urban structures. The original walls are reconstructed as an integrative design element. Through a panoramic path and through grandstands and platforms the can can be experienced in their entirety. Underpasses framed by large corten steel arches connect the central and the cinema square.
A large public space between the Old Arsenal and the Centre for Ukrainian Music forms the heart of the new art complex. This new main square is suitable for all kinds of activities. The concert hall dominates the square and overlooks the Old Arsenal and Ivan-Mazera-Street. The rear provides space for an open-air stage, which uses the walls and their niches as an auditorium. Around the Museum MOCA in the south is the museum square, framed by the walls and the Old Arsenal. MOCA plays an important role in revitalising this part and connecting old and new structures.