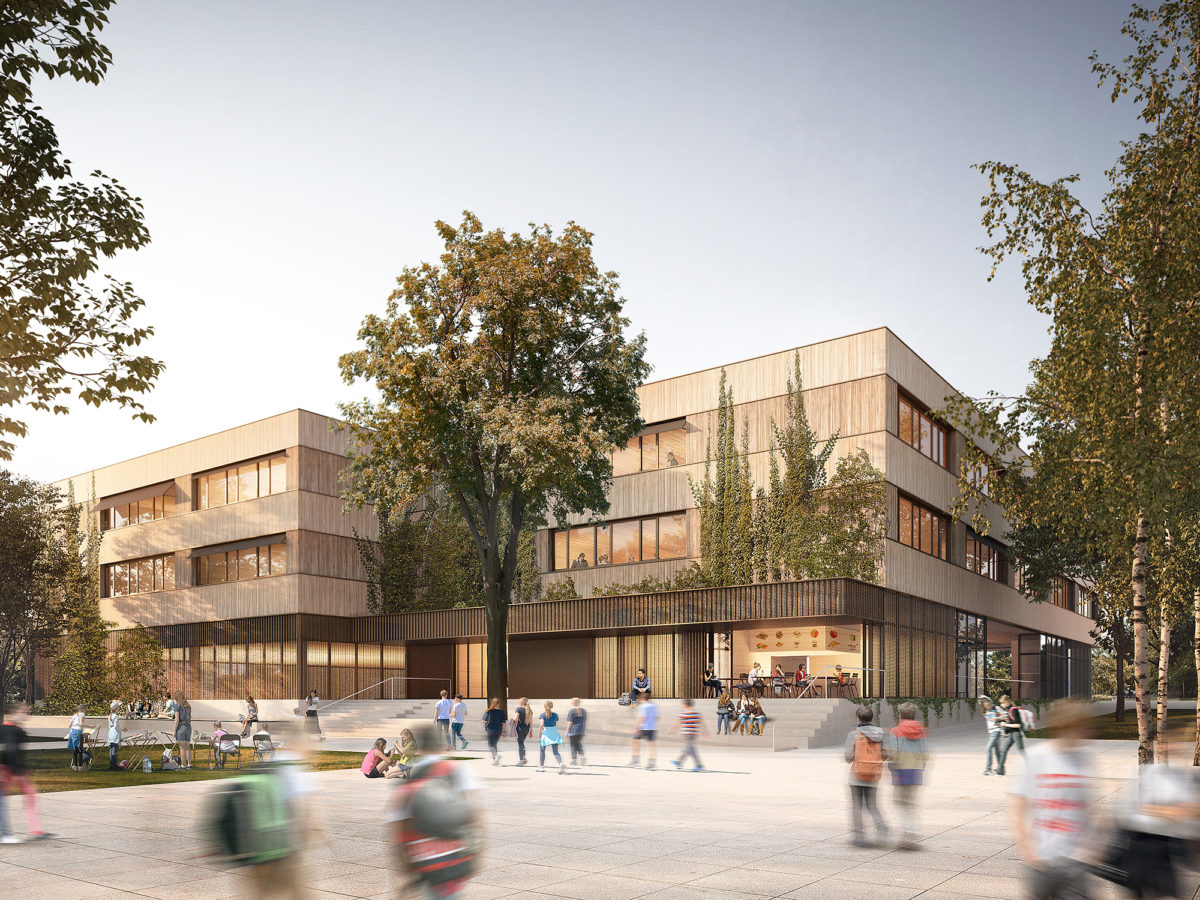 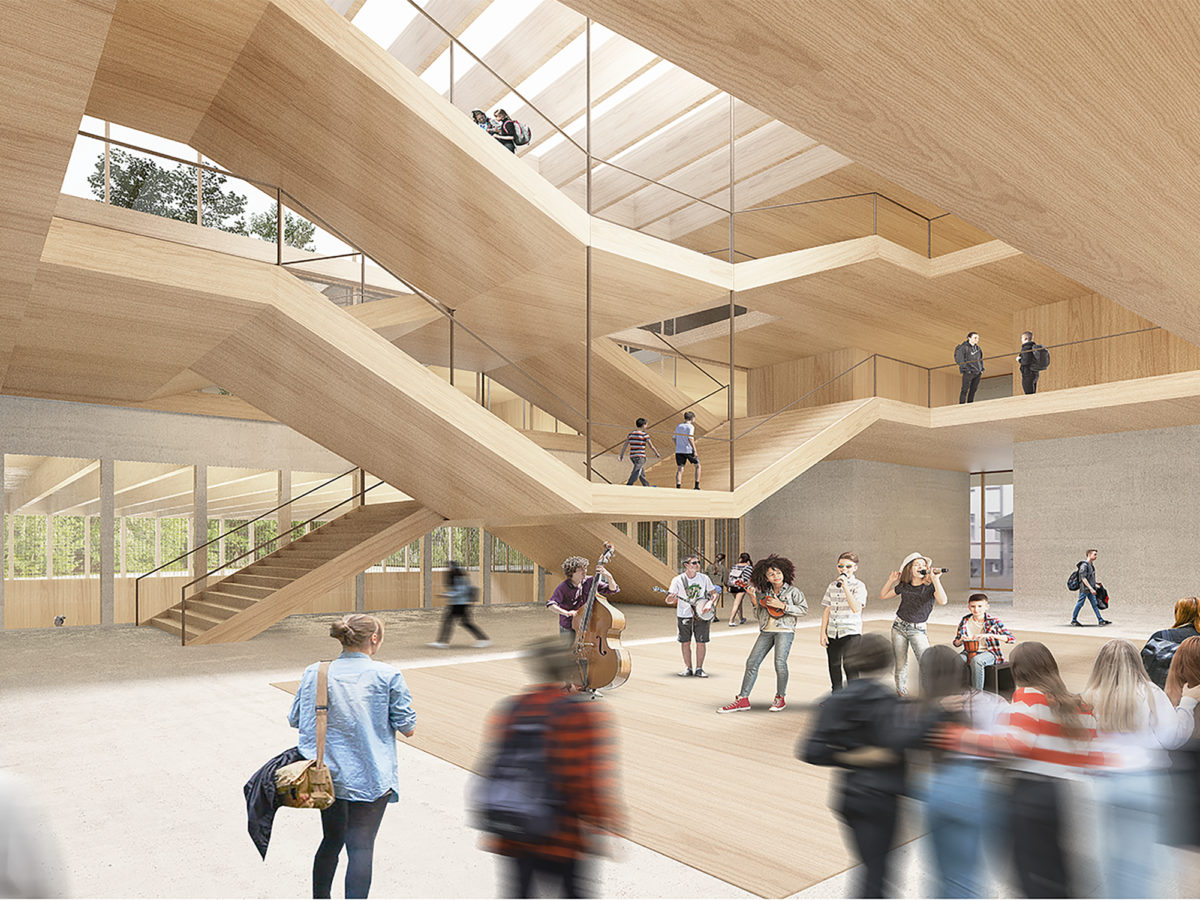 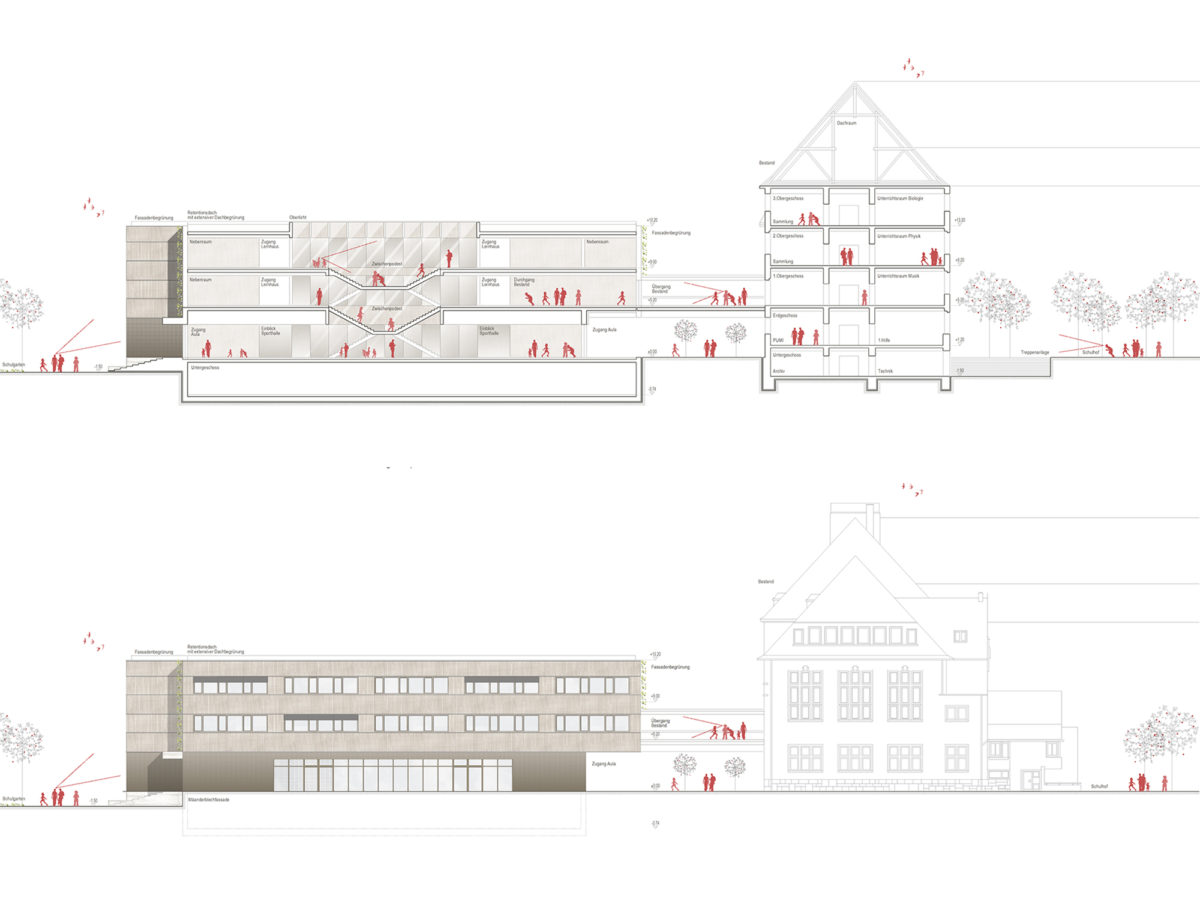 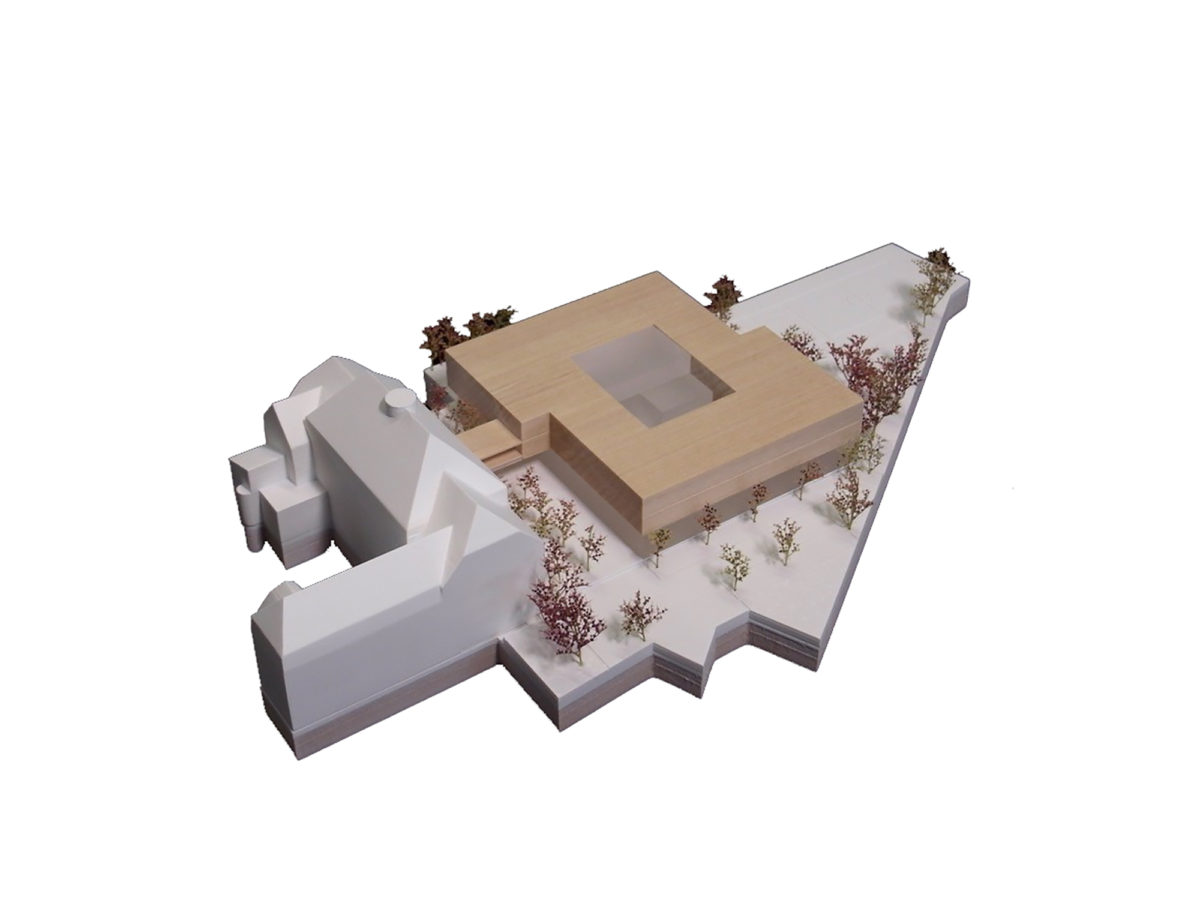 Founded in 1913, the Ziehenschule in Frankfurt am Main is one of the largest high schools in the city with around 1,350 pupils. The school is spread over several buildings, a listed old building from 1913, an annex (incl. gymnasium) from the 1970s and a new building from 2011. With an extension including a triple sports hall, which will replace the 1970s annex, a sustainable, future-proof school campus is to be created that also meets the requirements of modern educational concepts.

Our compact, three-storey building is precisely set in the heterogeneous surroundings and takes up the structural lines of the old building. The two offset sections enclose an atrium, the heart of the new building. The ground floor welcomes with semi-public functions such as the foyer, assembly hall and cafeteria. A stair sculpture in the atrium connects all levels and creates numerous views in, out and through. Classrooms, learning landscapes and meeting places surround the atrium.

The sports hall and its ancillary rooms are buried in the basement to keep the footprint as small as possible. As an extension of the access corridor, on the first floor a bridge connects the new building with the existing building. This central axis facilitates orientation and ensures short distances. “The generously and appropriately dimensioned bridge cleverly connects with the central staircase in the atrium and opens up exciting spatial relationships,” the jury praised.

In the existing building, we converted the former gymnasium into a recreation hall. The area above, currently used as an assembly hall, will be converted into a two-storey mediatheque and library. The different functions such as administration, STEM and special classes, workshops and learning areas we arranged vertically and thus achieved a clear structure.

The school forecourt acts as a representative, address-forming open space. Planted with trees and equipped with fixed seating elements, it serves as a social meeting point and can also be used for outdoor lessons. The new building is designed as a hybrid with a solid base and a light wooden structure above. The green facades and roofs blend harmoniously into the school grounds with their beautiful tree population.